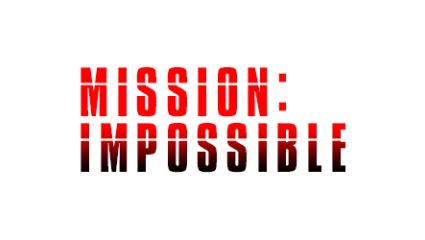 I love spy movies, spy books. I was a big fan of the Tom Clancy books and movies. I believe I have seen every James Bond movie (there are 24 of them). Another of my favorites is the Mission: Impossible series with Tom Cruise playing the part of Ethan Hunt. In each of the movies, Hunt has to do some sort of mission that seems, well, impossible. Of course, since they are Hollywood movies, Hunt always finds a way to accomplish the impossible. If you haven’t seen the last one, watch it. It delivers the goods. I also like the third movie in the series. In that one, Hunt is betrayed by his own people and ends up not only setting out on a seemingly impossible mission but also a completely unexpected one, as he tries to clear his own name.

Our text for today, Isaiah 66:18–23, is not about spies or the CIA, but it is about a mission that seems, at first glance, completely unexpected and virtually impossible. Today your sermon, should you choose to accept it, is titled Mission Impossible. Of course, if you’re wondering, this sermon will not self-destruct in 5 seconds.

At first glance, it seems rather unexpected that the God of Israel would set out to gather the nations to Himself and save them (v 18). The Israelites were God’s chosen people, His “treasured possession,” a people whom He caringly gathered to himself (Ex 19:5–6). In contrast, the nations were to be slaughtered and scattered, not gathered (Is 17:13; 34:1–17)! Now I know this doesn’t sound like the God who sent Jesus, but remember that these other nations not only didn’t worship the true God, but their cults/religions were a lot more fun than worshipping the true God, and were a temptation to the people of Israel. “The nations” were people who rejected Yahweh’s care and attention. And before we jump in here and yell, “You go get them, God!” this is describing us. We are “the nations”—outsiders, unclean, and unworthy of God’s attention. Alone, we are sinners and enemies of God.

It seems even more unexpected that God would use those folks from these very nations to carry out His judgment on Israel. Only a few years after God had spoken these words, the terrible Assyrian army descended and destroyed over half of Israel! About a hundred years after that, the Babylonians descended and destroyed the other half of Israel and carried many of the Israelites into exile!

It seems bizarre that God would use those who were His enemies to carry out His will, or that He would love and save these children of His who kept sinning and rebelling against Him. The mission seems not only unexpected, but even impossible.

But while we know and recognize all these impossible things, we also are reminded today that it is impossible for us to earn forgiveness from God, it is impossible to earn being saved by God or to earn love from God. BUT, God still forgives us, saves us, and loves us. That is unexpected. That is impossible. But Jesus tells us, “With God all things ARE possible.” (Matthew 19:26)

For our God, the unexpected becomes expected and the impossible becomes possible. From God’s perspective, we see that He would save the nations and gather them to Himself. His missionary heart wants to save everyone from every nation, tribe, people, and language. Way at the beginning of the Bible, Genesis Three, as soon as Adam and Eve sinned and rebelled against him, God promised a Savior who would defeat Satan for them (Gen 3:9, 15). When we go to the end of the Bible, in the Book of Revelations, we catch a glimpse of the end where the apostle John sees “a great multitude that no one could number, from every nation, from all tribes and peoples and languages, standing before the throne and before the Lamb” (Rev 7:9).

God accomplished this by sending Jesus Christ as our Savior, so that whoever believes in Him, regardless of his or her racial, ethnic, linguistic, or social back­ground, might have eternal life (Jn 3:16). Jesus Christ is the “sign” toward which all the nations gather (v 19; 56:8; 11:10–12). As Jesus Christ was lifted up on the cross, all people are drawn to Him (Jn 12:32). Through faith, and the forgiveness, we have by Jesus’ death and resurrection, we are no longer filthy but clean, no longer God’s enemies but His own children (Is 19:25; Eph 3:6). It’s impossible for us to make that happen, but Jesus did it, and gave it, when He died and rose for us.

And now that we are forgiven, and saved, and loved by God, He wants to use us to help Him with His mission to save the world. We are His agents. We have been given our mission. We are to be the agents, the helpers, that spread and grow His family, His kingdom. Right?

He equips us and he sends us out, just like Ethan Hunt and just like Q division does with James Bond. God gathers and strengthens us through Word and Sacrament. He equips us here. Then God sends us out there to declare His Word, and His Love, and His Glory to the nations. Not everyone is called to serve as pastors or sent as called missionaries to serve overseas or even here in North America. But all of us can share God’s Word and God’s Love wherever God has placed us (to family, friends, work, community).

Unlike Ethan Hunt’s missions in the movies, our mission is neither unexpected nor impossible. In fact, it is very much possible because Jesus Christ accomplished THE mission to save us from our sins, give us forgiveness, and eternal life (“It is finished,” not “To Be Continued.”) We get to tell everyone the seemingly impossible things that Jesus has done for us. What a privilege we have to be His missionaries, His AGENTS to the world all around us! (We don’t want to be Secret agents, we want everyone to know who we belong to, who we are working for.) Telling others about Jesus, sharing His Love and His Grace, that is our Mission. It is NOT Impossible. We’ll see you here next Sunday for the next sequel for us in God’s mission.