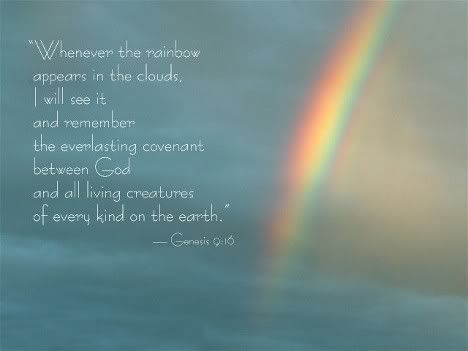 I remember back when Erica and I announced that our second child was on the way. A lot of people, and I mean a LOT of people told us that was going to be a big change in our home. For example, when you have just one little one, parents can “take turns.” When you go to two kids, you have to play man to man defense, you know what I mean? Also, when you go to two kids you hear stuff you normally don’t hear with just one. Things like, “Stop touching me!” or “I don’t want you to catch you looking out my window!” or “Mine! Mine! Mine!”

When was the last time you heard someone yell, “Mine!” That is a word we know, don’t we? A room full of toddlers, all having fun. In the corner is little Billy with a fire truck. He’s happy and content, having lots of fun. Sam notices and runs over. “My truck.” Mine, mine, mine…what was unnoticed is now a treasured possession.

The Black Friday sales are going on. The line just to get into the store is long. Then the doors open. The store clerks say, “No running,” without effect. The crowd pushes and shoves to get the best deals of the season. That TV, that new phone, that gaming system is . . . mine, mine, mine…that which was only seen in an ad is now a treasured possession.

A couple goes to a bar for drinks and dancing. He goes to the restroom; when he returns, another guy is talking to his date. He thinks, “Mine, mine, mine.” Saying that might be a problem. Anyway, he’s jealous.

Two people are up for the promotion. They started at the company at the same time. Both have been successful, leading various projects. One gets the promotion, and the other cries, “Mine, mine, mine.” He or she is jealous.

Yet there are times when we think it’s ours. Where we look at something and say, “Mine!”

During the summer of 2013, travelers boarded a Las Vegas to Phoenix flight. The plane left the gate but wasn’t cleared for takeoff due to mechanical problems. So it sat on the tarmac, and it sat for hours. Hours on the hot tarmac. Hours without air conditioning, without food, without water. People were stuck for hours on the plane. Two people even passed out.

And then something happened. Whether it was a joke or a subliminal message or the person thought he was in charge, in control, could change things, a man held up his portable music player and belted out the song “I Believe I Can Fly” by R. Kelly. The passengers joined in together and helped him sing the song. You might think as I do that this is kind of a funny story. But here’s the thing: It didn’t change the situation. The plane didn’t take off any sooner. You know what I mean? As sinful human beings, we think we’re in charge, we’re in control, we can change things. And most of the time we are wrong about that. A lot of times when we say, “Mine!,” it isn’t.

Here Luther’s explanation of the Third Article of the Apostles’ Creed is helpful: “I believe that I cannot by my own reason or strength believe in Jesus Christ, my Lord, or come to Him; but the Holy Spirit has called me.” We aren’t in charge. We aren’t in control. We aren’t able to change things. But God is!

Consider the flood. It was unlike anything mankind has seen before or since. The flood was, without doubt, a holocaust of enormous and exceptional proportions. One day everything was normal, and then . . . the deluge! You think we’ve seen a lot of rain this year? In Genesis the water rose for 40 days, and the whole earth remained flooded for 150 days. A little reminder…God is in charge.

Yes, without a doubt, you are God’s treasured possession. God said so Himself. He said, “When the bow is seen in the clouds, I will remember my covenant.”

Or as Paul put it, “So that Christ may dwell in your hearts through faith—that you, being rooted and grounded in love, may have strength to comprehend with all the saints what is the breadth and length and height and depth, and to know the love of Christ that surpasses knowledge, that you may be filled with all the fullness of God.” (Eph 3:17–19)