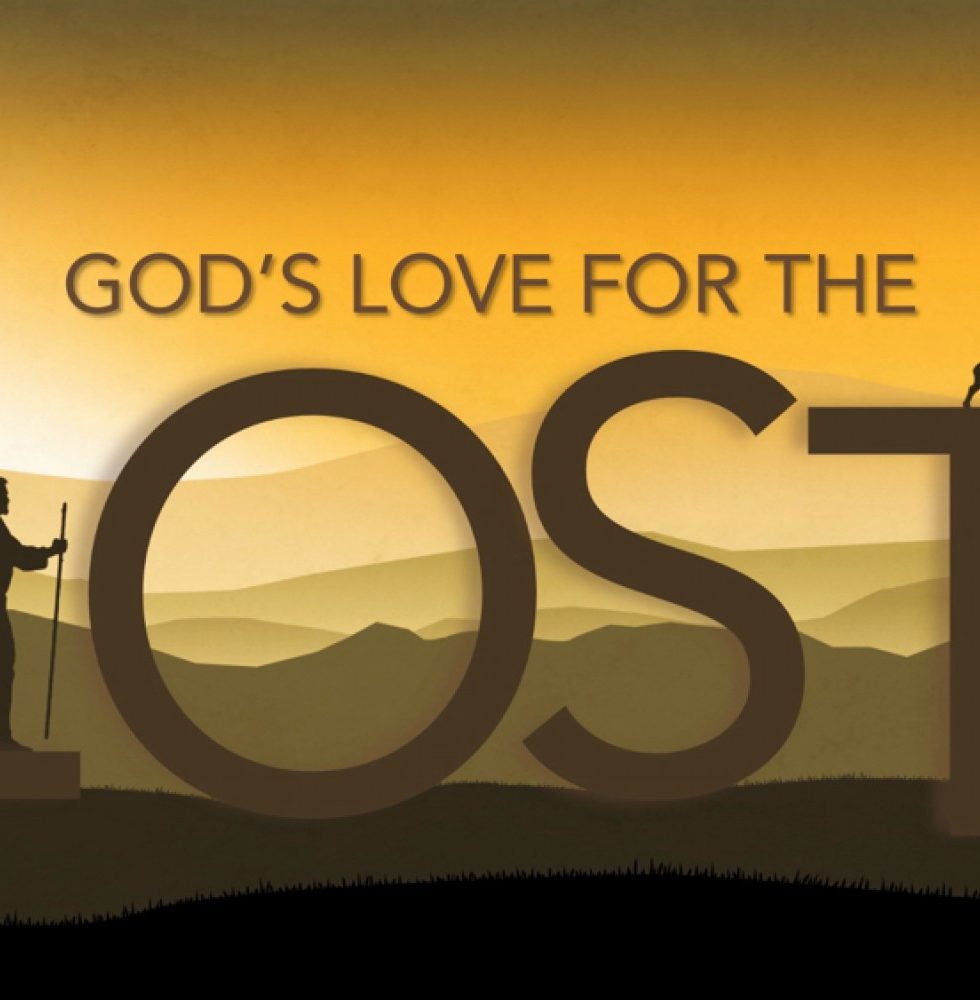 A show of hands please, how many of you watched the TV show, LOST? Ok. If you are not familiar with the show, it was on ABC a few years ago, and then it was on Netflix. It was about some guys whose plane crashed on a mysterious island that had unusual powers, and there was a smoke monster, and there were Others, and polar bears, and time travel. It was a trippy show. It was well filmed, well-acted, and the producers said they had the ending written before they started producing the show. And then they admitted that was a lie. The last episode was really bad. But it also always had kind of a metaphor going for it about people who we were lost, who had lost their way, their families, their purpose in life, and so on.

In the Gospel for today, Jesus talks about things that are lost, too. Except He is talking about people who are lost, and the joy God has, and the angels have, and God’s people have when the Lost are Found.
We begin with this today: Years ago, a gentleman was doing graduate work in counseling. He wanted to experience firsthand what it was like to seek the counsel and aid of a pastor when you’re really down and out. So he went without food for several days, didn’t bathe or shave, and put on some of his oldest paint clothes. In this condition he visited several churches in the large southern city where he was studying. He made it a point never to ask for money or physical assistance. His approach was to seek spiritual counsel about a real spiritual problem.

At the first church, he was greeted curtly by a secretary who immediately accused him of being drunk. She also hastily referred him to an inner-city mission which, she said, they supported. As she put it, “They take care of people like you.”

At his second stop, a large church dinner was about to begin. He was intercepted by an officious minister who quickly took him aside from the group and quietly explained they didn’t have time to deal with him. Our protagonist also noted that the pastor quietly asked some of the men of the church to watch him as he left, to be sure he actually left the premises.

In the third church, the subject of our story was passed from one clergyman to another. His final “counselor” seemed to assume our guy had some sort of criminal record. In any case, without even listening to his problem, the pastor gave him directions to the Salvation Army.

The fourth church, an obviously wealthy congregation, passed our guy to a “lay minister” who lectured him about social responsibilities and then quickly ushered him out. Our friend noted, as he left, the words carved in fine marble above the church’s door: “Come unto me all ye that labor and are heavy laden and I will give you rest.”

The fifth and final church was a small congregation where a black minister was setting up a film presentation for his youth group. When our friend apologized for interrupting, the pastor insisted he stay, and they would talk after he had the film started. This pastor not only carefully listened, guided and prayed with the graduate student, but he expressed genuine concern for his physical needs. He would not let him leave the premises unless he accepted some money and directions to a place where he could stay.

Now, how do you think you would have responded if someone like that approached you? Remember, he looked rough, but never asked for money or a handout, he wanted spiritual assistance. How would you have reacted? How do you think our church here, would react? Like churches one through four? Or church five?

In the Gospel today, Jesus is doing His teaching thing and the Pharisees and the Jewish rulers were grumbling, again, about the fact that Jesus would take the time to talk to, and minister to, the “sinners” of their society. Now let’s be clear, the tax collectors and working girls that Jesus was talking to were sinners. The problem here is that the Jewish rulers thought that they were not sinners!

So Jesus told them a couple of stories to point out how God wants to reach out to the lost. When he talks about the guy with 99 sheep chasing the one sheep who is lost/missing, Jesus is describing Himself, sent from heaven to rescue us. Same thing with the parable of the Lost Coin. If you drop a quarter it may be no big deal, but folks in those days were blessed to have any ten coins.

God wanted us to be saved, you to be saved. Your Heavenly Father wanted you to be rescued. (Jesus is all in/Would you leave your 99?) That is why we have the whole Bethlehem to the cross to the empty tomb thing here in the Bible. Jesus died and rose again to take away your sins. It took a lot of effort, time, commitment, for Jesus to do what was necessary to save us.

And when the gang in heaven looks down here and sees someone who has been living an unrepentant life come to repentance through the work of the Holy Spirit, what happens then? ALL HEAVEN REJOICES. They party in heaven when someone repents, when someone is brought to faith in Jesus as their Savior.

And that should bring us joy as well. What are things that bring you to jump for joy? I am not talking a smile, a warm mood. What are the things that get you going “Whoo—hoo!”? A touchdown by your favorite team? A jump in the markets? Finding out there is going to be a new baby in the family? While those things are good, imagine the Holy Spirit using you to talk about Jesus, to invite someone here to church, to be the light shining on the hill that results in someone you know repenting. Imagine doing something that leads to a party in heaven. Wouldn’t that be the best! C’mon, that would be better than OU beating Texas!

Jesus was talking to dudes that didn’t care if the tax collectors and their friends went to hell. That should never be us. Jesus came to pull us out of the muck of our sins. Jesus, when you picture Him with that lost sheep around His shoulders, that’s you. That’s me. We should never forget that. We should never take it for granted.

May God help all of us with that in Jesus’ Name.