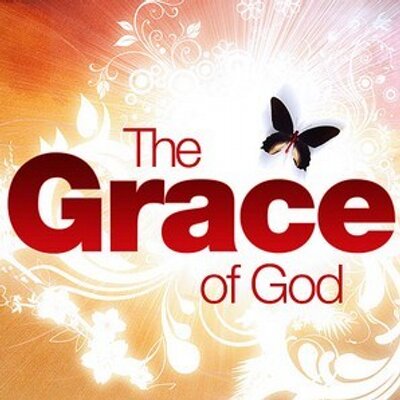 Last week I made a rock n roll reference in the sermon. A few of you noticed. Today we will do this again. Today it will be a little more obvious.

Today we are going to talk about the rock n’ roll band known as U2. If you have never heard of them, that is ok. Their lead singer is a guy everyone calls “Bono.” When they first started out, some of their songs had Christian or Biblical themes to them. I can’t say that I love the rock band U2 (and I know that makes a couple of you unhappy), but they’re a very popular band, there are many that consider this band a “Jukebox Hero.”

There are those who think Bono is larger than life. Along with his music, he’s been in the news for his humanitarian work, especially fighting AIDS in Africa. And for whatever it is worth, he is one of the few celebrities to ever say anything nice about the second president Bush. At any rate, there are some folks who think of Bono and say he “Writes the Songs” that make the whole world sing.

Bono was once asked about what drives him, what makes him tick. His answer was this: “It’s a mind-blowing concept that the God who created the universe might be looking for company, a real relationship with people, but The Thing That Keeps Me on My Knees Is the Difference between Grace and Karma.”

What is karma? John Lennon sang about instant karma. Radiohead warned of the karma police. But what is karma exactly? It’s the idea that what goes around comes around, that there’s a kind of reciprocal system of justice that drives the inner workings of the universe. You might have caught a video that went viral a couple of years ago. In it, a man in a pickup truck tailgates a woman, and then passes her, while triumphantly displaying his middle finger. And just after that, his truck spins out, and he crashes into a ditch. People loved this video. Many looked at this and thought, “Now there’s karma for you. He got what was coming to him. “

And then, on the other side, there’s the popular pay-it-forward movement. I’m all for it, but it has a karma feel to it. Some people when they are in line at Starbucks will pay for the coffee for the people behind them, thinking that act will mean something good will happen to them later. For Karmaites (Karmans? “Karma Chameleon”s?), doing this is good karma. And it sets the motions of the universe in your favor. And we all live “Happy Together.” (For us, doing stuff like that is just loving your neighbor, right?)

As the “prophet” Bono puts it, “You see, at the center of all religions is the idea of karma. You know, what you put out comes back to you; an eye for an eye, a tooth for a tooth; . . .”
I am bringing up this karma stuff because the Jews of Jesus’ day believed in this idea, even though they did not call it “karma.” It is there in our text. It happened that Jesus and the gang were walking along, and came across a man born blind. And the disciples asked the karma question, “Who sinned? This man or his parents?” They all thought, were all taught, that when something bad happened to you or your family, it was God smiting you for doing something bad. You do a bad thing. Something bad happens to you.

And this is the kind of question we’re comfortable with, the kind of question that attempts that we often think makes sense of the world. How often do we think to ourselves: A man has cancer? Bet he smoked. Liver problems? Drank too much. Heart attack? Not enough diet or exercise. Car accident? Drove too fast. Or was texting and driving. Tsk tsk. “Should’ve Known Better.”

I know what I’d say to the karma question. And I know I wouldn’t give the karma answer. I’d say that sin infects us all. Sure, certain sins have specific consequences, built into the way the world functions, but death is going to get each and every one of us, no matter how well we live, and no matter how righteous we think we are. We’ve all sinned and all creation suffers. The world is broken. Without God, without God’s Son Jesus, everyone would be left “Running with the Devil” on the “Highway to Hell.”

Now in reply to this question (Who did the bad thing that led to this guy being born blind?), Jesus does not get all theological and discussing the nature of the universe. Instead, he says, “It was not that this man sinned, or his parents, but that the works of God might be displayed in him” (v 3).

To me, and apparently to Bono, this is mind-blowing. Sin, with all of the negative things that go with it, set in motion a chain of events that ends not with disaster, but with blessing. Is that possible? Of course it is. With God all things are possible.

And something else I want to point out here. Do we really want, as our base philosophy of life, schadenfreude? Do we really want to gloat at the misfortune of others? Do we really want to take pleasure in someone getting his comeuppance? I hope your answer is no. Bono knows the right answer to this. The “Prophet” Bono said, “If karma was finally going to be my judge,” he said, “then I’d be in (trouble).” (I had to paraphrase Bono there. He said a bad word.) If our lives were left to the whim of the ups and downs of life, then all we could do is “Roll with the Changes.” But we have something better.

Then Bono added, “I’m holding out for grace; I’m holding out that Jesus took my sins onto the cross, because I know who I am, and I hope I don’t have to depend on my own religiosity.” It was never God’s plan that man fall into sin. It was never God’s intention that there would be illness and death, or that men would be born blind. He didn’t want us “Ridin’ the Storm Out.”

And yet, for reasons we cannot really grasp/get, Jesus took our horrible situation and fixed it, made it better. Because God loves us (and we don’t deserve it), He sent Jesus, born of a virgin, who died on a cross, rose again, and we have come to see God as we never could before: face-to-face, as family (not enemies). Paradise awaits us. This is no “Paradise by the Dashboard Light,” no “Cheeseburger in Paradise,” but Heaven.

Let me put this another way. We know how easy it is to love something or someone that loves you back. It’s easy to love those who love you in return. Even the pagans do this. But we have received a greater love. We have been shown a more beautiful grace. God/He has taken us rebellious, hateful creatures and turned us into His children. And no, the world “…Still Hasn’t Found What (it’s) Looking For;” for the world in its worldliness is blind. For example: the world looks at the font, and they don’t think it’s worth a bucket of spit. But we, whose eyes have been opened, see a crystal fountain, a river of life flowing from the throne of God, and the forgiveness won and given to us by the crucified and risen Jesus. Bono’s right. It’s a miracle that the God of the universe is seeking out the company of folks like us. But that’s what He’s done. And we should find ourselves on our knees in thanks for this every day.

At this point you might ask what happened to the man born blind? Well, we know he became an outcast. His own parents distanced themselves from him, and the community ostracized him. But our Lord then went the extra mile and sought him out. Our Lord took friendship and mercy and turned it into full communion. The man’s family and friends ditched him, but he became a disciple of Jesus. He came out ahead on that deal.

So, yeah, lots of people believe in karma. But on this one, I’m with Bono. I’m with Grace. We’ll never be rock stars, but we can join together with Bono in another band someday, and sing together in praise to The Lamb, Jesus. When it comes to Jesus, Forgiveness, Grace? “I’m a Believer.” And I pray you are, too.