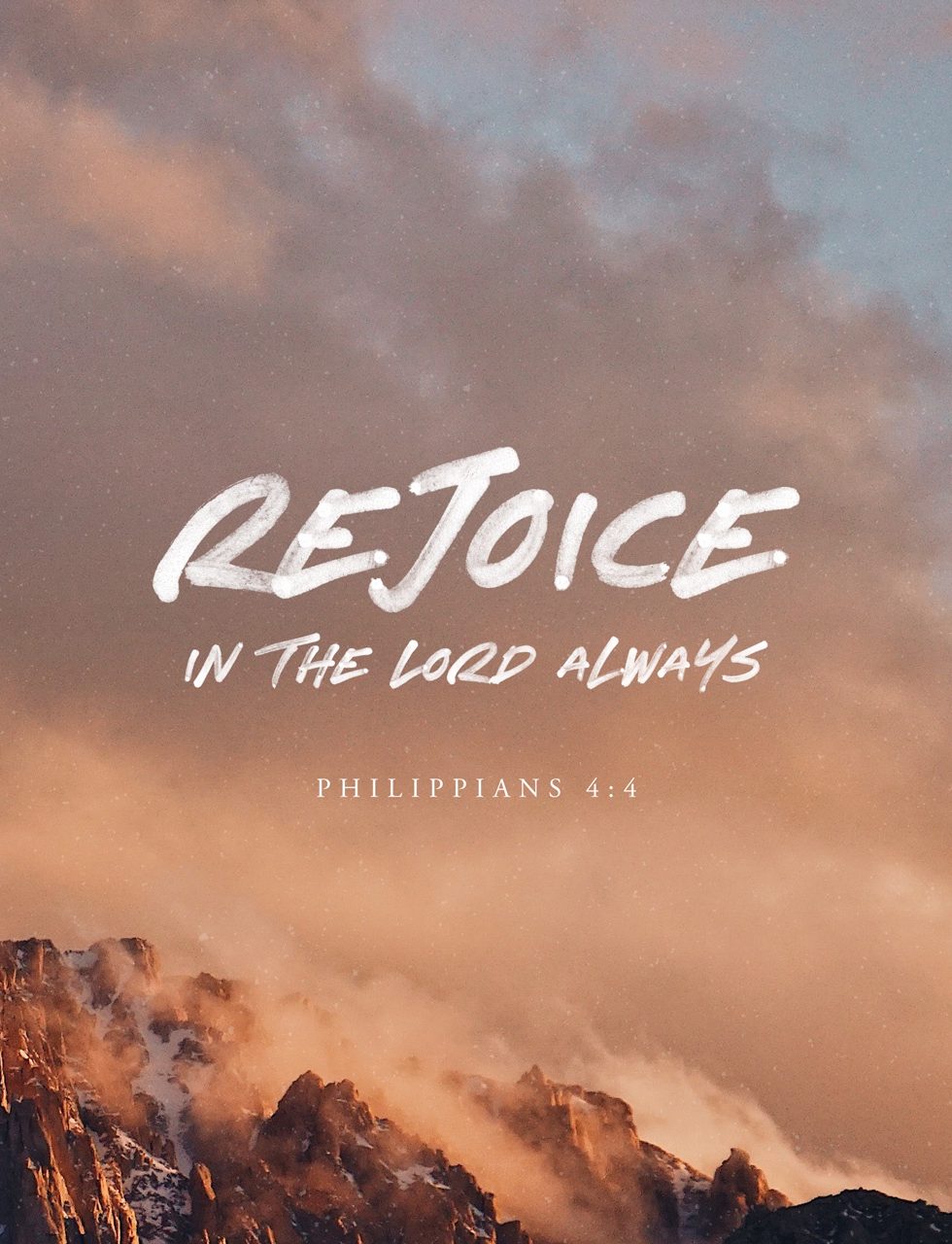 So then why does criticism bother us so much? Why do we sometimes worry about the future? Why do we worry about money sometimes? Why—if we know all that—are we so often dissatisfied and discontent? You see, you just scored 100 percent on the pop quiz—you made an A. Yet we seem to be failing when it comes to actually living out the Christian life.

Our text for today is from the Book of Philippians. One of the major themes of that book is the power of the Gospel to make a big difference in your life, to give you joy and peace, no matter what. Paul writes: “Rejoice in the Lord always; again I will say, Rejoice” (4:4). Now, some of you might be thinking, “Come on, Pastor. Rejoice in the Lord always? You don’t actually expect us to take that literally, do you? You don’t actually expect us to believe it’s possible for us to rejoice during the tough times, to rejoice during the hard times, do you?”

Well, let me answer that question with a question. What was going on in Paul’s life when he wrote this letter to the Church at Philippi? What might have caused him to write such a remarkable thing? Was he on some sort of dream vacation? Had he just won the lottery? Did someone just give him a Bugatti or a Lamborghini? No. As he says in the very first chapter of Philippians, Paul wrote this letter while he was imprisoned in Rome (v 13). Paul understood too well how painful life could be:

Paul, you see, knew how painful life could be. And yet despite all of this, as he sat there in prison about to be put on trial for his life, he was somehow able to write the words: “Rejoice in the Lord always; again I will say, Rejoice.”

I am about to read vv 8–11 of our text, and as I do I want you to picture in your mind’s eye Paul sitting in his prison cell writing these words:

Indeed, I count everything as loss because of the surpassing worth of knowing Christ Jesus my Lord. For his sake I have suffered the loss of all things and count them as rubbish, in order that I may gain Christ and be found in him, not having a righteousness of my own that comes from the law, but that which comes through faith in Christ, the righteousness from God that depends on faith—that I may know him and the power of his resurrection, and may share his sufferings, becoming like him in his death, that by any means possible I may attain the resurrection from the dead.

In other words, Paul was given strength, courage, hope, and joy, all because he had faith in Jesus, he knew he was saved by Jesus. As he says here, the unshakable goal of his life was to get, by the grace of God, the resurrection from the dead. Why? Because Paul knew in the day of resurrection he would be with his Lord and Savior Jesus Christ forever.

So, how was Paul able to rejoice in the Lord always? How was he able to write these amazing words while sitting in prison? Here is the central teaching I want you to take home with you today: knowing that he would one day be with Jesus in the future—knowing for certain what his future would be—changed him in the present. This is what he means by those well-known words found in vv 13–14: “But one thing I do: forgetting what lies behind and straining forward to what lies ahead, I press on toward the goal for the prize of the upward call of God in Christ Jesus.”

My friends, Jesus Christ went to the cross and rose again to destroy death and to give you the gift of eternal life. Because of what Jesus did for you on the cross, your sins are forgiven. Because Jesus Christ rose from the dead, you can be certain that you, too, will rise. And on that day of resurrection, you will experience never-ending joy and peace as you stand face-to-face with your Lord and Savior Jesus. That is what your future will be! That is the prize you’ve already won!

What does this mean for your life? How will knowing this change your life today? I leave you with the words of Paul found in Phil 4:4–7:

“Rejoice in the Lord always; again I will say, Rejoice. Let your reasonableness be known to everyone. The Lord is at hand; do not be anxious about anything, but in everything by prayer and supplication with thanksgiving let your requests be made known to God. And the peace of God, which surpasses all understanding, will guard your hearts and your minds in Christ Jesus.”