“I’ve Got Plans for You”

“I’ve Got Plans for You” 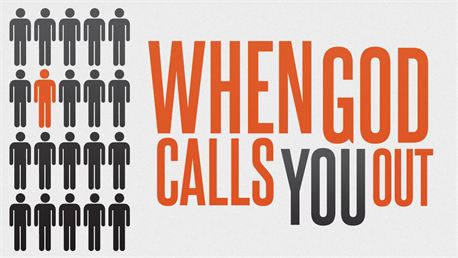 How good are you at planning? Is planning something at which you excel? Something you think is important? Or are you the kind of person that just likes to “wing it?” For example, when I travel, I tend to plan things out to the smallest detail: where I am going, where I am staying, where I am eating, what I am wearing. My father-in-law is the opposite. I exaggerate here a little, but when he tells me it is time for a vacation, and I ask where he is going, sometimes he’ll say something like, “North” or “West.” He just loves to see where the road will take him.

God is a planner. One of the things we learn from Scripture, and in particular, our Old Testament Reading for today, is that God is very much involved in the creation and life of every person. For human life is part of God’s master plan, and He’s got plans for everyone. Yes, every life! Today we are reminded that God Has Plans for You!

Now, as the account of Jeremiah begins in chapter 1, Jeremiah is being called by God. He is being called to be a prophet. That doesn’t sound controversial. Lots of books of the Bible have God calling someone to work and minister for Him. But the kicker here is that Jeremiah is young. Very young. We don’t know how young but most folks think he was a teenager when this happened. Jeremiah, when confronted with the call of God, responded by saying that he’s too young and inexperienced (v 6). Can you picture him telling God, “Dude, I’m just a kid! I’m not even old enough to vote, and you want me to what?” God, of course, knows best, and He made sure Jeremiah was able to fulfill the tasks he was given. It’s kind of the same thing as when the Lord told His people through Jeremiah: “I know the plans I have for you . . . to give you a future and a hope” (Jer 29:11).

Jeremiah does not say it outright, but it would not surprise me if Jeremiah was still reluctant at the end of our text. If you read between the lines a little bit here, Jeremiah was probably still afraid to do God’s work. God is calling Jeremiah not just to be a prophet, but a prophet of bad news. I preach Law and Gospel here every week. Jeremiah, who did preach the Gospel, was going to spend most of His time being the bringer of DOOM. The people had rejected God. They were going to be carted off to Babylon. And Jeremiah’s mission from God was going to be to tell them that. And since God’s people persecuted previous unpopular prophets, Jeremiah was likely afraid the same thing was going to happen to him. (and it did) But God will not be deterred; His plan has already been in the making since, well, forever.

After all, God “knew” Jeremiah completely from eternity. Before Jeremiah was conceived in his mother’s womb, and even before the world was created, God had a plan for him. God “consecrated” Jeremiah for His purposes and “appointed” him to be his “prophet to the nations” before his birth (v 5).

Now God would place His message on Jeremiah’s lips (vs 7–9). God gave Jeremiah the words to say. And as I mentioned, His message would certainly be one of judgment. For the nation of Judah had rejected God. Injustices abounded, the poor were neglected, and even human sacrifice was practiced. God’s patience finally ran out, as it does for every unrepentant nation. Judah would face destruction. Nevertheless, God would ultimately send a Savior, whom Jeremiah also promised would come for the people.

What God says to Jeremiah has implications for every person, for every one of us. These verses tell us that life is conceived in eternity by God before it is conceived within a mother’s womb. In other words, God knew you were going to be here, right now, billions and billions of years before He said, “Let there be light.” In fact, the Lord’s words to Jeremiah could have been spoken to every child: “I know the plans I have for you . . . to give you a future and a hope.”

God “knows” every child from conception and has given every child a soul. As David once confessed, “For you, O Lord, are my hope. . . . Upon you I have leaned from before my birth; you are he who took me from my mother’s womb” (Ps 71:5–6).

Therefore, no life can ever be considered an accident or a mistake. You know, I want to tell you all something here. Back when I was a kid, families were bigger in this country. Most Christian folks considered kids a blessing. Now in our culture, when parents announce they are having a child, especially when they already have one or two, some people will say, “I’m sorry.” “Really!! Oh, you poor thing.” Have you noticed this? Now you may be thinking, “Pastor, you only have two kids,” which is true. But I was changing diapers in my forties and I wasn’t prepared to do that in my fifties. But there are folks who thinks kids are punishment, that they are a setback. That they are a curse, not a blessing.

God has a plan for every child. Even when a child is conceived in a manner that is not as God desires, God still has a plan for the child. Any attack on the developing child is simply genocide and murder; a human life sacrificed for the sake of convenience. Worst of all, it is a refusal to let God fulfill His intentions for every child He creates. Any nation that permits such injustice and evil to continue—and even consider it a good and positive thing—has certainly earned God’s judgment. And we note this a little more than a week after the anniversary of Roe vs. Wade.

Eventually, Jeremiah did complete his calling by bringing a message of doom to his people. His work would still ultimately be “to give you a future and a hope.” That would be fulfilled by the prophet whom Jeremiah ultimately represented: Jesus. Once, when Jesus asked what others thought about his identity, the apostles said, “Some say John the Baptist, others say Elijah, and others Jeremiah or one of the prophets” (Mt 16:14).

When the Virgin Mary was pregnant with Jesus, she went to visit her cousin Elizabeth, who was pregnant with John, and something wonderful happened. As the two mothers greeted each other, John, the unborn but very much alive prophet, leaped for joy in his mother’s womb. John, filled with the Holy Spirit before birth, had recognized the presence of Jesus, the yet unborn but very much alive Savior. John would grow up to prepare the way for the coming Savior, and Jesus would grow up to be the Savior and rescue His people from their sins. For Jesus was called by the Father from eternity and sent to our world to suffer and die for every sinner. Then, in the power of His resurrection, Jesus rescued every sinner from death and judgment, so that we might serve Him according to God’s divine plan and will.

We start to wrap up with this: A Pastor once wrote about a time he was asked a question about abortion by a non-believer: “Why do you Christians get so worked up about abortion?” The pastor answered, “Imagine that every aborted fetus is not just a glob of cells, but is actually a human life, designed by God, and given eternal value and worth, with its personal destiny set by God Himself. About one and one-half million of such unborn children are murdered in our nation each year, one every thirty seconds. Now, if you believed what I believe, wouldn’t that bother you too?”
The guy who asked the question just stood there in silence and shock. He may have gotten more than he bargained for. He had always believed the propaganda that the unborn are not real human beings, just fetuses, to be aborted or used in science experiments, that abortion was a health-care issue, a woman’s right, not murder.
Well, we don’t know if that conversation had any lasting impact on his view of abortion, or if this journey through God’s Word has made an impact on your view. But having heard the Word of God for yourselves concerning the unborn Jeremiah, may the truth about God’s eternal plan for every unborn child move you to protect the precious lives of God’s littlest lambs so that they can fulfill their destinies according to God’s plan. And, if you have ever been a party to an abortion, know that God has fulfilled His plan to forgive you by His Son’s cross.

I leave you with this: On Tuesday, I saw on Facebook, and I know that the best source for sacred, thoughtful, and insightful words is Facebook. But I saw a meme on Facebook that said, “How cool is it that the same God who created mountains and oceans and galaxies looked at you and thought the world needed one of you too.”

And all God’s people said: “Amen.”