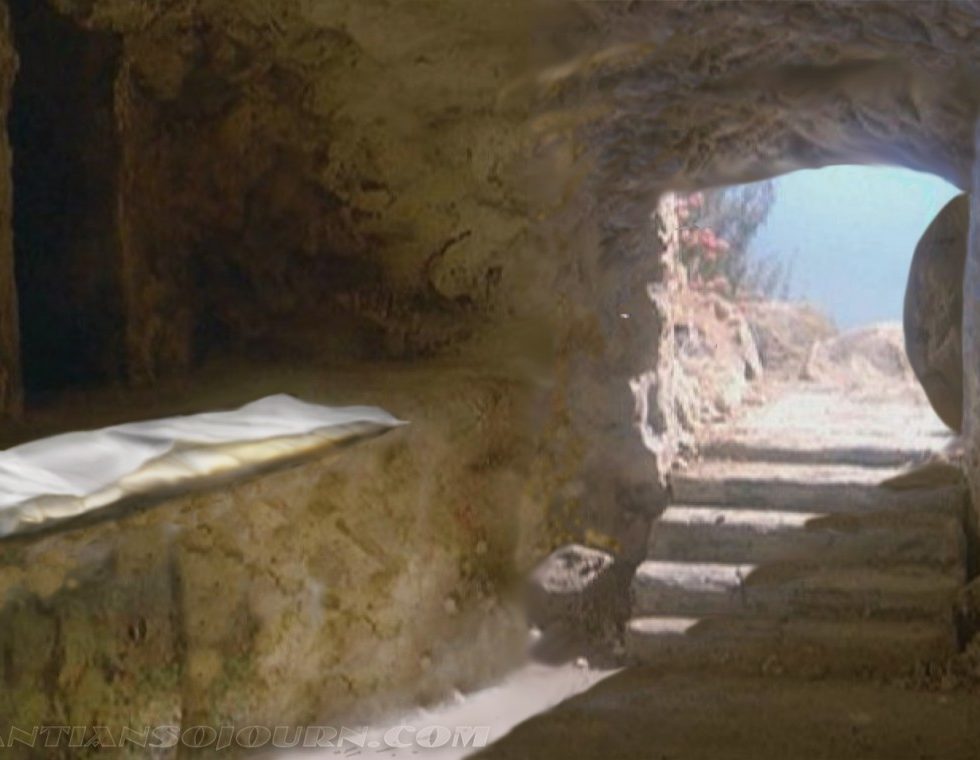 The Lord is Risen! He is risen indeed!

Today, on this very special day, we begin…by going back to Christmas. If you were here with us on Christmas Eve, you may recall that the focus for my message last December was on people who felt alone and isolated at the holidays. I pointed out to you that this is a common thing for folks at that time of year. I also pointed out that a lot of people feel isolated and alone all year long. This is actually sort of ironic since we have all this technology and stuff these days, what between computers and iPads and cell phones and such we can IM, we can text, we can tweet, we can skype, we can zoom (I learned about this one after the quarantine started), and with all these ways we have to stay in touch and exchange information, people feel more alone, isolated, disconnected than ever. That’s weird…if you think about it.

This is why St. Mark has a mission statement that says, simply, “Growing God’s Family.” Fifteen years ago some folks here said we should have a mission statement. We already had one, Matthew 28:19-20, but I liked this one additionally because we are a family here and we want more folks in our family here. We don’t want folks feeling alone in our community.

That is how the apostles were feeling that first Easter weekend. Think about this…these 11 guys (Judas was dead) had spent 3 years with Jesus. They had heard Him teach and preach. They had seen Him do miracles (like walking on water, calming storms, feeding 5000 people with a Happy Meal, raising people from the dead), and just hanging out with Him. Can you imagine spending three years with the Son of God? That would be so cool.

Not that it wouldn’t be without its bad moments. There were times that the apostles said dumb stuff and did dumb stuff and Jesus had to correct them. You know, like a dad. Peter told Jesus not to go to the cross. James and John wanted to nuke the Samaritan town that told Jesus He was not wanted there. It would have been no different if we were there.

But how cool that would be to hang out with Jesus. I realize that a lot of movies and paintings make Jesus look all serious and not a lot of fun. There was a Jesus movie on CBS 20 years ago that was really pretty awful in terms of Biblical and theological accuracy, but one scene I liked in it was where Jesus and the 12 had a water fight. Do you picture Jesus all serious, or as someone who could tell a joke, and smile, and laugh, and kid around?

On Easter Sunday morning, they are all together thinking that Jesus is gone/dead. They had not listened or remembered when Jesus said many times that He would be handed over to the Romans and on the third day rise again. They think the women who said Jesus was risen were nuts. They are thinking they will never see Him again. They are Sunday Morning Mourning. They are feeling very much alone.

And then that night…BOOM! Jesus is there. And He is really there! At first the boys think He is a ghost or something, since the folks back them were really superstitious, unlike today’s knock on wooding, ladder avoiding, black cat stopping, number 13 dodging, salt flinging folks today. Jesus was there. He talked to them. He showed them His wounds. He reminded them, “I told you so.” He died. He rose again. And because that happened…we are forgiven. We have eternal life. It’s all good, man.

Now there is something else I want to mention. If you are tempted to think that maybe all this isn’t true, I want to remind you of a few things. First of all, when it comes to Jesus, there is more eyewitness testimony, more real evidence that Jesus said and did what we say He said and did, than there is evidence of Plato, Socrates and Aristotle combined. You go to any public school or college in this country, and you will find courses about those Greek guys and everyone thinks they existed, and what they wrote is taught. But if you say Jesus in one of those classrooms, everyone goes, “Nope. Fiction.” Yet the evidence says otherwise.

The other thing that history tells us is that of the 12 original apostles, only one (John) died of old age and natural causes. Judas killed himself. The others were all tortured and killed in very gross ways I will not mention here since we are celebrating, and those guys would not have had this happen to them if they said they were lying about Jesus. Do you know anyone willing to be tortured to death for telling a lie? I don’t.

What we see here in the Gospel happened. Jesus died. He rose again. He talked to the 11. He ate some fish. (Ghosts don’t eat. Ghostbusters was wrong about that.) He went on a long walk. All kinds of stuff. Paul said hundreds of people saw Jesus risen.
This means you are not alone. You are not isolated. You are loved, cared for, provided for. Jesus told us that He will never leave us or forsake us, until He comes back to get us. We are His brothers and sisters. We are His family.

This isn’t fiction. It isn’t a fairy tale. This isn’t some snake oil we are selling to get rich. It’s the truth.

The Lord is risen! He is Risen indeed!