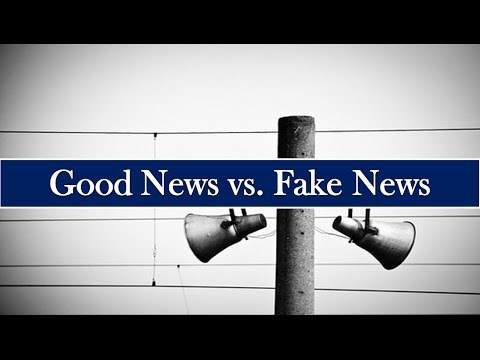 Every so often, one of you will come up to me and say that on some channel like National Geographic or the Smithsonian Channel, you saw a show with some startling new discovery about Jesus that contradicts what the Bible says. I read about a pastor whose mailman told him one day about ten years ago that “They’ve found Jesus’ bones! Have you heard? What are you going to do now?” That pastor simply said back to him, “I’ll keep believing in Jesus and the resurrection.” With that, the mailman kept going, probably thinking, “All those poor Christian suckers are going to be crying tonight, especially the pastors who are going to be out of a job.” Well, ten years later, we are still at it.

It turns out that networks like NBC and CNN were all atwitter in 2007. (Today archives February 26, 2007) They reported that construction excavation crews in the Old City of Jerusalem had accidentally breached an underground burial chamber that contained several ossuaries, carved boxes containing the bones of those who died and were buried according to custom at the time of Jesus Christ. One of them bore the name “Jesus,” another, the Hebrew name for “Mary.” Other boxes had names, too. And with this, many on TV tried to sell that Jesus must have had a wife and kids. And He’s dead.

This announcement was a perfect lead-in to the evening edition of CNN’s Larry King Live (Larry King Live archives February 26, 2007), as Larry was set to interview James Cameron, director of the movie Titanic, and another film writer and director. It just so happened that both had come upon this fantastic discovery quite a while earlier and agreed to produce “The Lost Tomb of Jesus,” which was soon to be released (March 4, 2007). It turns out that their explosive documentary was a rehash of a twenty-seven-year-old archaeological find that had long been debunked by archaeologists and scholars. Cameron urged the audience not to rush to judgment but to go see the movie and then decide (which would also put some more money into Mr. Cameron’s pocket). The story kept going for a couple of days, then, because it was not actually true, faded away. But even now, ten years later, you can still find many who didn’t get the memo, and, just like with The Da Vinci Code and Dan Brown’s other novels, lots of folks lapped it all up.

Those who latch on to sensational stories regarding Jesus that appear to be breaking news are discovering nothing new. “Satan seldom tells new lies,” the old saying goes. There was a story about a new Gospel of Judas that came out last year. Of course, it came out early in my ministry too, and it came out before that! Wrong teaching about Jesus tends to keep coming back. Gnosticism is an ancient heresy that keeps getting recycled. Cerinthus was a first-century proponent of Gnostic beliefs who attempted to undermine the teaching of the apostles. He claimed that Jesus was not the true and eternal God and that a non-trinitarian god descended to teach through the man Jesus. Gnostics also teach that things of the earth are evil, and only the spirit things are good.

The presidential campaign of 2016 popularized the phrase “fake news.” Both Clinton and Trump accused the other of trying to mislead voters into thinking that some fake story put out by their camps was “true enough” as they were trying to get us to vote for their candidate. A lot of the “fake news” was put out over the internet. It was confusing, and you had to work to sort things out. But the casual observer, thinking that the latest report was true because they saw it on the Internet, bought it. Modern campaigns firmly believe that if a false narrative—this is newspeak for a lie—is repeated often enough, it will be believed by enough people to make an impact. Of course, everything you see on the internet is true. Abraham Lincoln said that.

Now it isn’t just politicians who sow doubt and confusion on purpose. It happens on the college campus, in the media, in social relationships, and . . . religion. The devil is more than willing to share his tactics with all. His tactics are time-tested, and they work!

They work so well that John urgently makes the distinction between the “testimony of men” and the “testimony of God.” On one hand, the testimony of men says there’s no God, that the Bible is just one big fairy tale made up by men, that abortion is not killing a human being, that marriage should be for couples of any sex, that sin is simply an archaic idea that was introduced to control people. On the other hand, some guys try to pass off their testimony as being from God. Joseph Smith claimed that the angel Moroni guided him to discover hidden golden plates to translate, and thus reform the church. Herbert Armstrong tried to sell America on a similar narrative. We could go on and on. The testimony of men says that what we read in the Bible is wrong. And those folks try to confuse the casual observer, and the weak in faith, by either dismissing or twisting God’s Word. But John says, and we know, that “the testimony of God is greater” (v 9). Now knowing that we will still confuse what passes for wisdom out there with what it says in Scripture. Lots of Christians, in spite of the Bible saying otherwise, believe that abortion is ok, or that we are saved by our works. I guess that means we need to know the Bible, the “testimony of God,” better.

One problem we have is we are not always eager to be here on a Sunday. We are not always eager to read God’s Word or teach it to our kids. If we do not know what is in the Bible or the catechism, or if we forget, then the chances are better that we’ll fall for the fake news delivered by enthusiastic, unbelieving professors, or the media, or a Jehovah’s Witness at our door, or a Mormon, or your favorite pop culture icon, or that cousin of yours who is now Buddhist, or all your hip friends.

Something else that is true is that, more often than not, those people out there are much more willing to talk about what they believe than we are. We leave ourselves and our children vulnerable when we feel so uncomfortable about hearing or teaching the Good News that we do or say nothing. For some, talking about Jesus is more uncomfortable than giving “The Talk” to your child about “the birds and the bees.” We’re afraid that we might sound old-fashioned; we are afraid people will think we are nerds. But if we don’t do it, somebody else is eager to engage our kids in what’s being made up out there—the fake news.

But we are blessed to have easy access to “the testimony of God.” Bibles are easy to come by. It is still the bestselling book in the world. I am sure you all have a Bible at home. (I won’t ask how dusty it is.) I’ll bet you have one on your phone. We come here around God’s Word and Sacraments to receive life, salvation, and the forgiveness of sins, and to hear His Word, His testimony. John said in the Epistle today, “I write these things to you who believe in the name of the Son of God, that you may know that you have eternal life” (v 13).

While there are many out there who want to attack the Gospel, and some who try to make money from these attacks, the testimony (the Word) of God is still here. God has ensured that we have this today, and He has done this for 2000 years. We are to know, and to share, what is in there, and be a light, not only to our brothers and sisters in Christ but to our neighbors who are lost in the fake news. And The Good News Is This: “Whoever Has the Son Has Life.” He is Risen! That is not fake news.