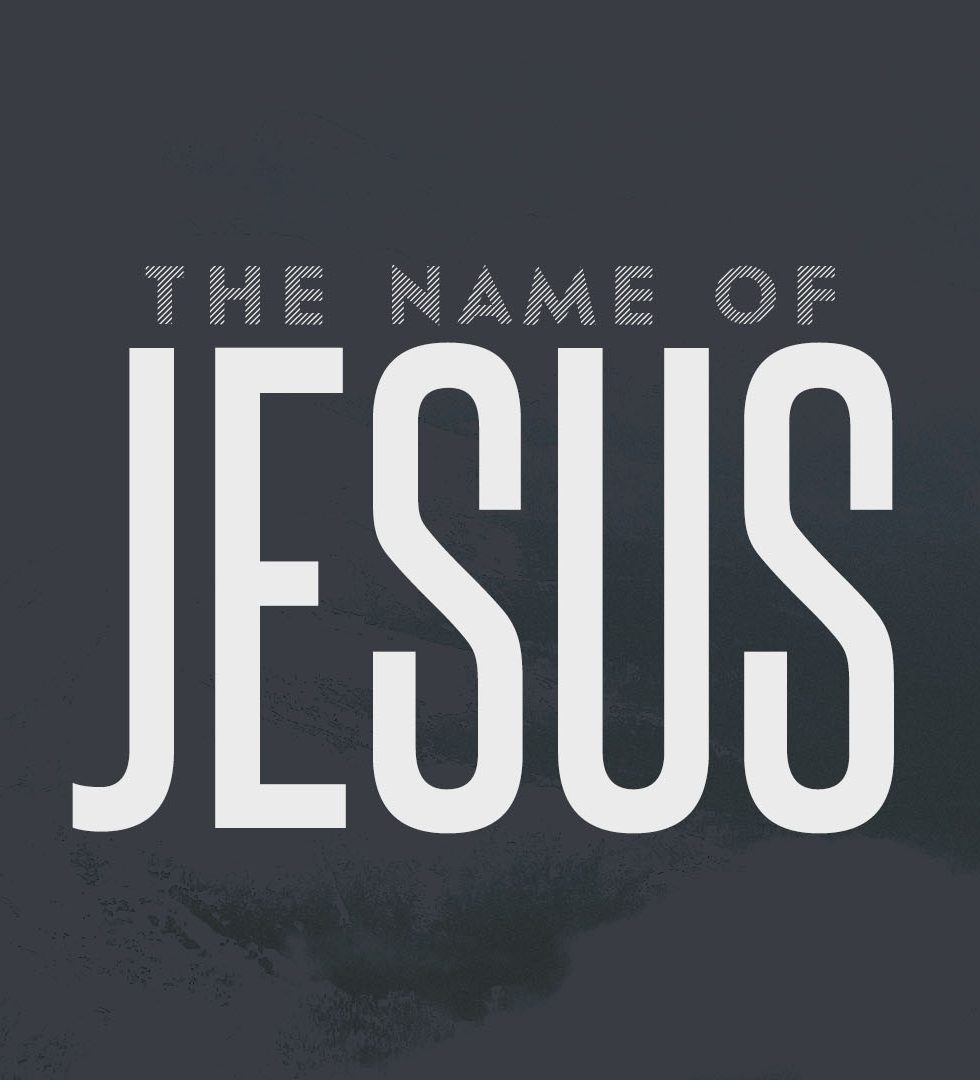 One of the things that I had a lot of fun with before our kids were born, was to go through the Old Testament, read some of the more interesting names found there, and try them out as baby names. For example, before Christopher was born, one of my favorites was Nebuchadnezzar Kedorlaomer Erler. Do you like the sound of that? I did. Erica…not so much. Or how about Maher–Shalal–Hash Baz Erler? Doesn’t that have a nice ring to it? Names are something we should not take for granted. People often take a long time to decide on just the right name. Why did you choose your kid’s names? Why did your parents choose your name? There are a lot of reasons why a name gets picked: Parents like how it sounds (Wrigley, Cannon, Lennon @ Lyric) or how it fits with their last name; it’s a family name or that of a close friend or a hero. (Bubba Brett) My mom told me years ago she was going to name me either Michael, Christopher or Mark. I have a cousin named Mike, so it was down to the last two. She chose Mark. My name, “Mark,” literally means “Man of War,” which in retrospect may not be the best name for a pastor.

I bring this up this morning because every one of us who’s been baptized in the name of the triune God has been given God’s name. How do we do in living up to that? Well, today we will talk about Living Up to God’s Name.

Now to start us off here this morning, let me tell you why we are discussing God’s Name. It says at the beginning of our text, that the apostles were upset because they ran into a guy who was not one of them, but he was healing people in Jesus’ Name. Jesus’ Name is a big deal. God’s Name is a big deal. That’s what the second commandment is about. We are baptized in that name.

We do need to note that we have not always lived up to the name of God. Big surprise, right? We know we are sinners, much as we like to forget that. And even if we only sinned once in a long while, God holds the bar impossibly high: “Be perfect, therefore, as your heavenly Father is perfect” (Mt 5:48). It’s hard to reach that. And even if we never committed an actual sin, the sin we are all born with would be enough to flunk us in God’s eyes.

We do sin. We do things that are wrong. It is easy to see how we fail. Some sins are obvious—murder, adultery, stealing, skipping church. Well, when I say obvious, I mean obvious to me. There are a lot of people on tv talk shows or giving speeches who think it is ok to murder (like abortion), who think that it is ok to hate (especially the people who live in certain states, or who voted differently, or who belong to an ethnic group), or who think that being a Christian means you have a mental illness. Sometimes I think half the politicians and 99 percent of the folks in Hollywood think stuff like this.

There are other sins we do. Some sins are hidden—lust, coveting, jealousy. Sins in our hearts. Sins in our minds. And some sins just fly under the radar. We do them so often that we don’t know that we are doing them: gossip, bad language, or ignoring those in need. With God keeping score up there, well, we do not score very well, do we?

Only one person has lived up to His name. Only one person lived up to the expectations of God: Jesus. Jesus’ has never been tainted with sin. He was born without original sin. He never did anything wrong. In His death on the cross, He took our guilt and shame upon Himself and died under the curse of God. Then in His resurrection, God decreed that Jesus’ sacrifice was sufficient to pay for our sins. In His death and resurrection, God gives you the gift of everlasting life.

Now, remember that we began our conversation here this morning with our names, and what they mean. What is the big deal about our names? Right? Well, it’s how people know who we are. It’s how people recognize us. Remember how you felt when your parents said your whole name? First, middle and last? It meant you were in trouble, right? (Even Rufus)

For God, His name is even more important. When Moses wanted to know who it was who sent him to Pharaoh, God said from the burning bush, “I Am sent you, My name is Yahweh, the One who Was, who Is, and Will Always Be.” When Jesus said, “Before Abraham was, I Am,” it was Jesus saying I Am God, speaking loudly and clearly saying, “here I am for you.” That’s God the Father’s Name. It’s who He is. It’s how He shows Himself to others. It’s how He shows us He is God, and He is the God who saves. Jesus’ Name tells you what He does, and has done, for you. The name Jesus means “Yahweh Saves.” That is what He did: won salvation for you by His righteous life, His sacrificial death on the cross, and His resurrection. Jesus has certainly lived up to His name.

And there is something else interesting going on here. Jesus name isn’t just something that means something cool. There is power in His name. His is the only name by which a man could cast out demons, as in our text. We know from God’s Word that everyone who calls upon the Name of the Lord will be saved. You who believe on His Name have the forgiveness of sins, life, and salvation. And we also know from the Bible that at the Name of Jesus every knee will bow and every tongue confess that Jesus Christ is Lord (Philippians 2) when He returns in glory.

And one more thing that the power of Jesus’ Name does for us. That name covers our sin and replaces it with His name. We are Christians. (Now Christ is not His name actually, but His title, but work with me here.) We are clothed in His righteousness. Covered in His forgiveness, like maple syrup on a big stack of buttermilk pancakes.

Therefore, knowing the power of Jesus’ Name and what it does for us and in us, amazingly, then, we actually wear the name well. It says whose we are. We belong to Jesus. We are saints, members of the body of Christ. Brothers and sisters in the faith. Jesus’ name reminds us of the gifts we have received. Big gifts, awesome presents, like faith, and eternal life.

Knowing that we have Jesus’ Name also makes a difference in how we act. By grace, we eliminate things that would completely separate us from Jesus. Jesus tells us today in the text that if we have anything, or are around anything or anyone that leads us to sin, we should get rid of it or away from it IMMEDIATELY. We should not tolerate anything or anyone around us which leads us into temptation.

We end with this. Greg Seltz said on the Lutheran Hour a few years ago that “…in worldly terms, there is something powerful about being named with the name of a king, the name of a queen. Just think of the… blessing of being royal; think of the influence of Queen Elizabeth, Prince Harry, Prince William, …There’s even protection and purpose in (having) an earthly royal name.

When Prince Harry of England began his military career, it was rumored that he would be deployed with his unit in Iraq. The plans proved true but had to be abandoned because the Prince might endanger his fellow soldiers. He was too high profile a target. Later that year, however, he was secretly deployed to Afghanistan to patrol hostile areas and help repel attacks of the Taliban.

Once it was revealed that he was in combat, the government quickly pulled Prince Harry from the front lines. His name not only commanded too much attention; his name demanded complete protection…A royal name receives royal protection.

The same is true for you and me today, even eternally, as children of God. By faith in Christ you (have) His royal Name. Through His cross and (empty) grave, washed in the water of His baptism, in His Name, you now bear the name of the King, the true God. Nothing will separate you from His love. He will protect you with the gifts of forgiveness and eternal life. His Name will (wipe out) all the names the world tries to call you and all the harm Satan tries to bring your way. God keeps you in His Name. By faith, He gives you royal protection.”

Jesus gives us His name and claims us as His own. We belong to Him. And therefore, we will see Him one day in heaven, where we now belong. By the gifts and power of Jesus, we have His Name and we live up to His Name.