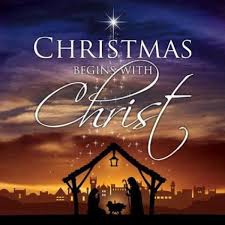 They expected it to be a night like most others. The shepherds had gathered the sheep into their enclosures and prepared for a long, boring night. Boring was actually good, because if there was excitement it probably meant that a thief or a wolf had broken into the pens and the sheep were in a panic. That would not be good.

But it would not be a night like most others, nor would it be boring, for God had a surprise in store. It’s rather interesting that God’s surprises often come in the midst of darkness. The creation was in utter darkness when God said, “Let there be light.” The children of Israel were locked inside their homes that night when the angel of death passed over the doors sprinkled with the blood of the Passover lamb. And before sunrise, when it was still dark, our Lord rose from the dead on the first Easter morning, ready to show himself to a few faithful.

Now, on this night, when most of Bethlehem was sleeping, a single angel appears to those shepherds with the startling announcement, “Fear not, for behold, I bring you good news of great joy that will be for all the people. For unto you is born this day in the city of David a Savior, who is Christ the Lord” (Lk 2:10–11). That announcement, and everything that followed, is what we and Christians the world over celebrate tonight. We celebrate because Jesus came as a gift from God, and GOD’S GIFT IS FOR YOU!

Christmas celebrations have varied a great deal from time to time and from place to place.  Christmas celebrations include such different elements as parties and plays, church and school events, caroling and cards, lights and trees, candles and Christmas dinners, to name just a few. It would be hard to imagine Christmas without some of these.

It might be hardest of all to imagine Christmas without any gifts given or received. Ever since St. Nicholas, that pastor of the Church in the fourth century who is said to have given anonymously the necessary gold enabling poor maidens to marry, Christians and now much of the world have given gifts at Christmas. Even where there is extreme poverty, parents try to find some kind of gift for their children. It may be the simplest toy or an article of homemade clothing. It may have been an orange when that was a rare luxury.

So who was this Jesus? What makes him such a perfect gift? The message of the angel to the shepherds spoke of something so great, yet so helplessly small. They would find this “Savior, who is Christ the Lord . . . wrapped in swaddling cloths and lying in a manger” (Lk 2:11–12). What God had already promised to Adam and Eve in the garden, what he swore to Abraham, Isaac, and Jacob, what he kept repeating through the prophets during all the previous centuries, had finally come to pass. Christ the Lord was born.

Born? The eternal God could be born? Yes, and that was the miracle of it. The very Creator of all things became a creature. He entered a human womb, there to grow and develop like any other baby, until the time came for him to enter the world, not in a grand pronouncement of his glory, but in the ordinary crying of any newborn baby. That, in fact, is how the shepherds were told they could recognize him. They would not find him in the king’s palace in Jerusalem. He would not be surrounded by an entourage of religious dignitaries. Rather, “You will find a baby wrapped in swaddling cloths and lying in a manger” (Lk 2:12). The gift of God, in fact, God himself, came to us wrapped in diapers.

And why do we call him a gift? Obviously, because he was given. We did not create or invent him. Worse yet, we did not deserve that he come to us. Well, in a sense we did. We deserved that he come to reprimand us, to judge us, to condemn us. We deserved that he come with anger in his eyes and fire on his breath. Our human race was God’s crowning act of creation but also his deepest disappointment, his proudest joy and his greatest heartache, because we disobeyed his will, sinning against him and against one another.

Why then was he given? The angel said it was to be our “Savior.” Earlier, Joseph had been instructed, “You shall call his name Jesus, for he will save his people from their sins” (Mt 1:21). Although the birth of Jesus was in a way the keeping of a promise, it was not yet its fulfilment. There was more to come. Jesus grew as a child, matured into manhood, and after the completion of his earthly ministry went to the cross to offer himself as a sacrificial payment for the sins of the whole world. Thus, the old Christmas carol asks and answers the question that really gets to the heart of who this infant Jesus really was: “What child is this, who laid to rest, On Mary’s lap is sleeping? . . . This, this is Christ the king, Whom shepherds guard and angels sing” (LSB 370:1). And then it continues, “Nails, spear shall pierce him through, The cross be borne for me, for you” (370:2). Those words remind us of the terrible reality of what Jesus did to save us from our sins. After thirty-three years of perfect obedience to his heavenly Father, the very ones he came to save became so enraged that they viciously killed him by nailing him to a cross. Little did they realize that by his innocent death, Jesus became the sacrificial offering to atone for the sins of the whole world, so that whoever believes in the saving work of Christ would receive the forgiveness of sins and eternal life. Forgiveness and life purchased and won . . . so they can be given . . . as a gift . . . when God gives his gift of Jesus.

Of all that the angels said to those shepherds in Bethlehem’s field, nothing was more important than the two simple words “unto you.” For what value does any gift have for you if it doesn’t have your name on it or if it’s not for you? Everything that Jesus did, he did for you. His perfect obedience was for you. His innocent death, his glorious resurrection, and his eventual return to receive his own into his eternal presence—all of it was done for you.

The gift of Jesus was there for the shepherds, even though they were among those at the bottom of the social ladder. The same gift, the same Jesus, was there for the Wise Men as well—men who were near the top of the ladder. And today, the Lord assures us that his gift is “for you,” whoever you are and whatever your situation or station in life might be. It is for the homeless and the poor, for those on welfare and those barely getting by. It is there for the family in which husband and wife each hold down two jobs just to make ends meet, where the children wear hand-me-downs, and grocery shopping means a trip to the food bank. He did not come to fill your cupboard, but to fill you with the contentment and peace that comes because the Savior, who is Christ the Lord, is “for you.”

The gift is “for you” whose hearts are saddened at this time when there is so much outward merriment. It is for you who are chronically ill, wearied with doctor appointments and tests, overwhelmed with questions for which there seem to be no answers. “Unto you is born a Savior, who is Christ the Lord.” He doesn’t necessarily take away your illness, but he does give you the strength to bear it. And he does assure you that nothing can ever separate you from the love of God in Christ Jesus.

The gift is “for you” who celebrate Christmas with an empty place at the table because a loved one is no longer with you. Nothing can replace the loss of a mother or father, brother or sister, much less a child. Jesus doesn’t suddenly restore the one whom you’ve lost, but he comforts you with the assurance that those who die in the Lord continue to live with the Lord. For that reason, we shall not only see them again, but we also can live forever with them in the very presence of God and all who are his. And you can trust that to be true because “unto you is born a Savior, who is Christ the Lord.”

The gift is also “for you” who already have everything you could desire, so that you will not “set [your] hopes on the uncertainty of riches, but on God, who richly provides us with everything to enjoy” (1 Tim 6:17). Things of this world do not last, but the gift of God, which is Jesus, is yours forever.

If you’re doing any traveling over the holidays, you know there are certain things you dare not leave behind. Depending on where you’re headed and for how long, money, driver’s license, credit cards, and passport are things you don’t want to forget. Maybe a present you’re wrapping or unwrapping is even a special gift to take along on your holiday trip—a keepsake ornament for your daughter and her husband, a new camera for you, a swimsuit for Florida in December.

As you make your journey through life, there’s something else far more important to take along than these. It’s the precious, life-giving gift that God has given you: “Unto you is born this day in the city of David a Savior, who is Christ the Lord.” This is God’s gift. Unwrap it. Embrace it. Own it. Above all, take it with you. It is your greatest treasure. And it’s for you!