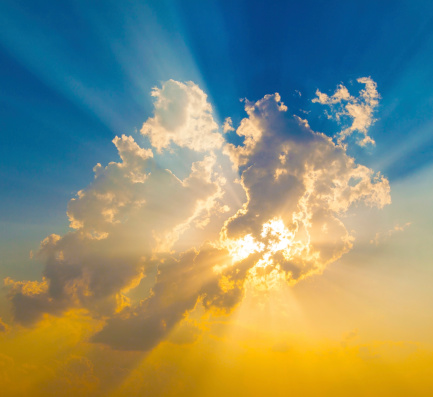 If you were here last week you heard me talk at length about the idea of generous giving. I am asking you to think about generous giving, not exclusively as financial in nature, but as a lifestyle because we love Jesus Christ and that we are now to go looking for opportunities of service and to advance His kingdom. This is to say that generous giving involves our relationships, and the mission of the church, as well as financial stuff.

Today we are going to think about Giving Up, loving God.  Lk 7:36–50 has preserved for history a woman who is an incredibly generous giver. Her giving is an example of giving up. She knew God had forgiven her for a lot, and unlike the nine lepers, she wanted to say thanks to Jesus.  “Giving Up” for her was showing her love for Jesus by giving the very generous gift of anointing His feet with costly perfume.

Let’s take a closer look at this.  Imagine living your adult life not really fitting in anywhere.  Imagine being put down all the time, or all the people who know you not thinking very highly of you.  Imagine how much it would hurt to see everyone looking at you with disapproval, or laughing at you because of a damaged reputation. This was her life.  We do not know her name. We do not know her specific history. The Bible simply describes her as an “open sinner.” Her story was common knowledge then. The condemning judgment of others followed her everywhere.  There was no escaping it.  To make matters worse, those who knew her story best and were quickest to point out her mistakes were from the religious community.  It was easy for her to conclude that if the religious community rejected her, God must reject her as well.

Jesus was invited into the home of one of the religious community’s leaders—a Pharisee by the name of Simon. To be part of this group, the Pharisees, Simon would be well-informed concerning the Old Testament faith and concerning the rules and laws of Jewish traditions. He would also believe he was doing a good job in terms of observing those rules and laws. Jesus is present in his home and sitting at his table for a meal.

The woman learns of Jesus’ location. She goes there, carrying a jar of costly perfume. From behind, she approaches Jesus. With her tears, she wets His feet. With her hair, she wipes and dries His feet. She kisses His feet and anoints them with her perfume.

Her presence and her actions attract the attention of all who are present. The Jewish leaders who think they are sinless and saved by their works judge her and Jesus.  They say to themselves, “If this man were a prophet, he would have known who and what sort of woman this is who is touching him, for she is a sinner” (v 39). Their implication: because of her personal history, Jesus should have nothing to do with her.

This prompts Jesus to share a faith story. Two men owe another man a debt. The first owes an amount equal to about twenty months’ salary. The second owes an amount equal to about two months’ salary. Both debts are canceled. Jesus asks, “Which of them [the two guys in debt] will love him [the man who canceled the debts] more?” (v 42). The answer is obvious to all attending the dinner. “The one, I suppose, for whom he cancelled the larger debt.” Jesus replies, “You have judged rightly” (v 43).

Then Jesus speaks to the host, the woman, and the entire dinner party. He makes clear the point of the story, and while He does he reveals how rude Simon, His host, had been to Him.  While no water was provided to wash Jesus’ feet, the woman washed them with her tears. While no towel was provided to dry Jesus’ feet, she dried them with her hair. While Jesus was not greeted with a kiss, she kissed his feet. While no oil was provided to anoint Jesus’ head, she poured costly perfume over His feet. “Therefore I tell you, her sins, which are many, are forgiven—for she loved much. But he who is forgiven little, loves little” (v 47).

Jesus’ point is not that she gave a lot to get a lot. No. Jesus clarifies the woman’s generous giving as an extravagant act of love directed to the God who loves her, sees her pain and humiliation, forgives her sins, and restores her dignity. Her legacy of giving is “giving up.” She gives far beyond what one might expect, because she first received from Jesus more than she could ever have imagined or hoped.

You see, God’s love is not measured out carefully according to one’s ability to obey the Law.  Our performance does not define the Gospel of God’s love. Jesus acts because He is love. Jesus makes lives whole knowing we can’t do it on our own.

Measuring up and giving up are two very different things with two very different outcomes. To measure up means that somehow I pass the test, I meet the standard, and I am to be congratulated for my achievement. It’s all about me!

To “Give Up,” in the way we are talking about today, Is to Recognize That I Cannot Pass the Test or Meet the Standard, but That While Others May Say, “Do Better; Do Right,” Jesus Says, “You are Forgiven.”  Jesus gives the incredible gift that I cannot earn or deserve, and no one else can give. You see, in reality, it’s all about Him!

There’s a story told about a king who lived in an ancient time. Throughout his life, the king had been served very well by one particular servant. One day, the king summoned the servant into his presence.

“You have been incredibly faithful to me,” the king said to his servant. “You have served me exceptionally well. I want to present you with this gift as an expression of my affection and gratitude.” The king presented his servant with a chest of gold and precious jewels.

The servant is stunned. “My king, this is more than I could ever deserve. Your gift is too much for me to receive.”

Fixing his eyes intently on his servant, the king replied, “You may think the gift is too much for you to receive, but it is not too much for me to give.”

That is exactly why the woman in our lesson would generously give up to God her affection, her love, her devotion, her costliest gift. She is forgiven. This gift is more than she could ever deserve, but not more than the Savior could give.

This is true for you and me as well. Our generous giving toward God begins with the understanding that the gift of the forgiveness of sins that we could never deserve is received because it is not too great a gift for the Savior to give. It’s not about us. It’s all about Him!

Ken Klass wrote in his devotions this week that he was in debt.  In debt to the tune of $53,765. That’s a lot.  The bad news is you owe that debt, and I owe that debt.  If you take the $17 trillion national debt and divide it by the number of people in the United States you will find each of us owes almost $54,000.  But that debt is nothing compared to the debt we sinners owe to our Lord. We were born in debt and throughout our lives every time we have thought, done or said something wrong, we have added to that debt.  And because we are sinful by nature, we don’t have the ability to pay back a penny of that debt.  But Jesus has paid that debt of sin for us, by His mission, His death, and His resurrection.

This moment is not about measuring up. This moment is about giving up as we focus our attention, our affection, and the actions of our lives on Jesus Christ.