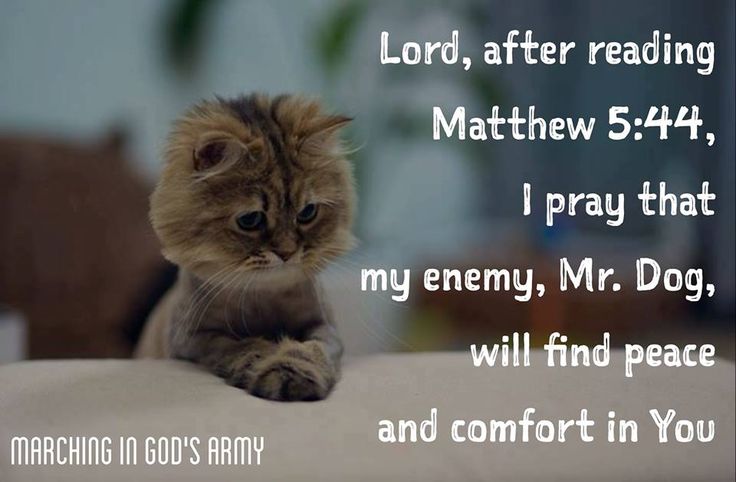 Getting Even through Love

Today we are going to discuss: revenge.  In today’s text, Jesus addresses the idea of getting even. We’ve all done it before, and we know how good it can feel. Sadly, that idea comes to us too quickly, doesn’t it?  There is an old joke that goes like this: A sad looking woman was walking along the beach when she saw a bottle on the sand. She picked it up and pulled out the cork. Whoosh! A big puff of smoke appeared. “You have released me from my prison,” a genie told her. “To show my thanks, I grant you three wishes. But take care, for with each wish, your mate will receive double of whatever you request.”

“Why?” the woman asked. “That bum left me for another woman.”

“Those are the rules,” replied the genie.

The woman shrugged and then asked for a million dollars. There was a flash of light, and a million dollars appeared at her feet. At the same instant, in a far-off place, her wayward husband looked down to see twice that amount at his feet.

“And your second wish?”

“Genie, I want the world’s most expensive diamond necklace.” Another flash of light, and the woman was holding the treasure. And, in that distant place, her husband was looking for a gem broker to buy his latest bonanza.

“Genie, is it really true that my husband has two million dollars, more jewels than I do, and that he gets double of whatever I wish for?” The genie said it was indeed true. “Okay, genie, I’m ready for my last wish,” the woman said. “Scare me half to death.”

We learn this quest for revenge early in life, right?  A mother heard her seven-year-old son holler. She ran into his bedroom and found the boy yelling because his three-year-old sister had a death grip on, some of his hair. Ever so gently the mother pried the little girl’s fingers lose and released the boy. Seeing how mad he was, the mother tried to calm him down: “Now, now, you’ll just have to forgive her. She didn’t know what she was doing. She doesn’t understand that it hurts when somebody pulls your hair.” The boy nodded his understanding. Mom didn’t get too far down the hallway before she heard her daughter scream. Rushing back, she was met by her son who was leaving the bedroom. “Well, mom, she understands now that it hurts when your hair is pulled.”

We could go on, but what would be the point? All of our thoughts for seeking revenge go out the window because Jesus said, “But I say to you, Love your enemies and pray for those who persecute you” (v 44). “But how?” you ask. Where’s the fairness in that? One of the first things we want to do when we are hurt or offended is get even.

This only gets worse, you know.  Jesus also said, “You have heard that it was said,  ‘An eye for an eye and a tooth for a tooth.’ First of all I want to comment here that when Moses wrote down the commandment “An eye for an eye…” that was a command of reduction.  People today think it means we can get even, but it does not.  Back in Old Testament Palestine, it was common that if your neighbor broke a stalk of something you planted, you would retaliate by killing one of his animals and then he would come after someone in your family!  See the escalation there?  God says no to that.

There are examples of this in history.  Let’s see, in 1325 the Italian cities of Modena and Bologna began a 12-year battle which cost the lives of thousands on both sides. The reason the war began? The soldiers of Modena stole a wooden bucket.

There is the War of the Whiskers. When King Louis the VII of France returned from the Crusades without his beard, his wife had a fit. She said he was ugly and he should grow it back. When he didn’t, she divorced him and married Henry III of England. When Louis didn’t give her the two provinces of southern France which had been her dowry, Henry declared war. The War of the Whiskers began hostilities which lasted, on and off, for 300 years.  300 years of war because a husband shaved.

How about the War of Jenkin’s Ear? In 1739 Captain Robert Jenkins stood before the British Parliament holding the remains of his left ear. He demanded his ear be revenged and war be declared against Spain. Now Jenkins didn’t spend a lot of time sharing how the Spanish Coast Guard in South America had caught him smuggling. Nor did he say anything about how he had insulted the customs agent and for the insult his ear had been cut off. No, Jenkins just wanted revenge for his ear. Parliament agreed, kept the ear on display and when war was declared between England and Spain, it was the War of Jenkin’s Ear. This desire to get even, more than even, is not how it is supposed to be for us.  God told us that this would not do for His people.

Jesus then takes this to the next level.  “But I say to you, Do  not resist the one who is evil. But if anyone slaps you on the right cheek, turn to him the other also. And if anyone would sue you and take your tunic, let him have your cloak as well. And if anyone forces you to go one mile, go with him two miles. . . . You have heard that it was said, ‘You shall love your neighbor and hate your enemy.’ But I say to you, Love your enemies and pray for those who persecute you” (vv 38–41, 43–44).

It is bad enough for us to hear that we are not to seek vengeance, we are not to get even.  Then Jesus says “Love your enemies”?   What was Jesus thinking, telling us to love our enemies? There are times when we find it difficult to love even our friends or closest relatives. We take the slightest injustice toward us as a major insult. We demand that everyone else treat us with charity and generosity, yet we get all bent out of shape when anyone else expects the same thing from us.  Admit it, hidden deep within each of us has a cold and selfish heart.

Compare that with the heart that God has shown to us. He loves His children who have chosen to love ourselves over loving our neighbors. Though our sins made us enemies of God, He paid the ultimate price for us through the death of His Son. There, on the cross, the guiltless one died for the guilty. When His accusers hurled their charges at Him, He did not respond in self-defense. When they struck Him, He didn’t strike back. Instead, He prayed for His enemies: “Father, forgive them” (Lk 23:34). Jesus showed us the way.

A Chinese Christian, a man who had survived persecution for what he believes, told a story that explains this.  He said, “Imagine if I have fallen into the quicksand of sin and am being sucked under. If Buddha came along and saw me in that predicament, he might say something like: ‘My friend, please do not be overly concerned about this state of things; if you are wise, you will learn and you will grow and you will avoid the quicksand the next time you are reborn.'”

He continued: “Now imagine what might happen if the Prophet Mohammed were to come upon me and my sorry situation. What would he do; what would he say? It probably would be something
like, “I am most sad to see you in such a sorry state, but it is obvious this is the will of Allah. If you wish, I have five pillars which may help you, but ultimately your fate is your fate.” Then, having shared his wisdom, Mohammed would pass on by and I would be left dying.
Then he said, “Then Jesus came along. Jesus saw my situation and He felt sorry for me. But He did more than feel sorrow, and He did more than give me bits of wisdom and statements of deep philosophy. Indeed, seeing my state Jesus jumped into the quicksand Himself. As He waded past me, He confidently said, “Don’t be afraid.” I soon found out why. Rather than letting me sink further into sin, Jesus lifted me up. He pulled me out of the muck of sin and lifted me up to freedom and life. “What a wonderfully kind thing Jesus is doing”, I thought to myself. I kept thinking that, until I realized every inch Jesus pushed me up was an inch He sank further down. He was saving me by
sacrificing Himself.” That’s Jesus.

So what do we do the next time someone does us wrong and we think of ways to get even?  We turn to Jesus. By the guiding of the Holy Spirit, in Jesus Christ, we can turn the other cheek rather than seek revenge. Having been united to Jesus Christ in His death and resurrection in Holy Baptism, we can love one another, even our enemies. Feasting on Jesus Christ’s death-destroying body and life-giving blood in the Holy Supper, we receive a foretaste of the eternal perfection that will be ours, for already now Jesus Christ dwells in us and we in Him.

That truly does make a difference in the way we relate to one another. Instead of revenge, we pray for those who hurt us.  Rather than getting even with those who have wronged us, we love one another, even as God in Christ loved us.  In Christ, the Only Getting Even We Do Is Getting Even By Love.