“Forgiving Those Who Hurt You”

“Forgiving Those Who Hurt You” 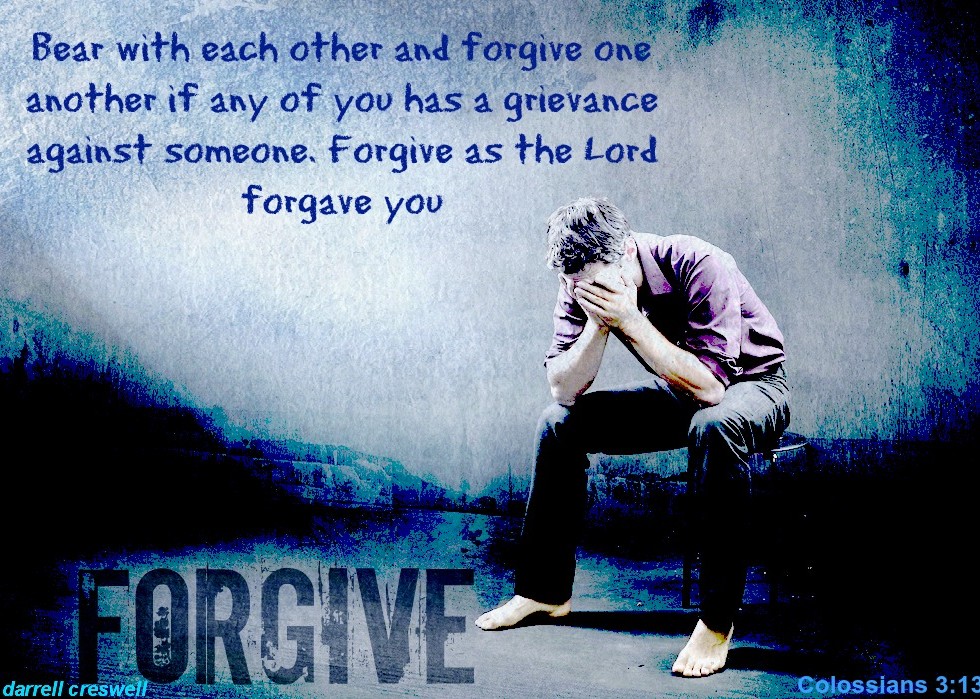 Today I am going to talk to you about something that is hard to do. Today I am going to tell you something you do not want to hear. And no, I am not going to talk about how you all should be Green Bay Packer fans. Today Jesus is telling us we have to, HAVE TO, forgive those who hurt us. Obviously, it’s very difficult to forgive someone who’s hurt us badly. We’re tempted to respond by avoiding them, with hate, or revenge. Some examples:

A co-worker takes credit for your work and puts you in a bad light with your boss. Later, that same co-worker struggles hopelessly with a project due tomorrow. What do you do?

A fellow student bullies you mercilessly. Later, he’s accused of cheating on a test, but you know he’s completely innocent. What do you do?

Your sister talks your aging mother into giving her a special family heirloom that she promised you long ago, and then she sells it. Now your sister needs help with groceries for her family. What do you do?

Forgiving others who’ve hurt or offended you is an unnatural response to those who are not Christians, and it’s often difficult for those who are Christians. The world tells us, “Don’t get mad; get even!” Yet the Bible clearly says, repeatedly, that we are to forgive those who hurt us.

Our text today is actually the very end of a long story. Let’s go back thirteen chapters in Genesis and remember what happened between Joseph and his brothers.

As the eleventh of twelve brothers, and being his daddy’s favorite, Joseph was given a colorful coat by his father Jacob and talked about dreams he had that made his brothers hate and envy him. Joseph also spied on his brothers for their father. Joseph was sold as a slave and taken to Egypt, where he was sold to Potiphar, the captain of Pharaoh’s bodyguard. The ten brothers of Joseph covered up what they did by dipping Joseph’s coat in goat’s blood and bringing it to Jacob. Jacob believed that Joseph had been eaten by wild beasts, and he grieved for his son so intensely that he could not be comforted.

Meanwhile in Egypt, God was with Joseph as he served Potiphar, but Potiphar’s wife was attracted to Joseph and often tried to seduce him. Once, while alone with her, he rejected her advances, leaving a coat behind in order to escape. Angered by Joseph’s rejection, she lied about Joseph to her husband, telling him that Joseph had attempted to attack her, and she presented Joseph’s coat as evidence. Potiphar had Joseph thrown into prison.

There, though, God enabled Joseph to interpret dreams for Pharaoh’s cupbearer and baker, which soon came true. But Pharaoh was not told about Joseph, who continued to be in prison for two more years. Finally, one night, Pharaoh had troubling dreams that he couldn’t understand, and the cupbearer remembered Joseph. He recommended that Pharaoh ask Joseph to interpret his dreams. God gave Joseph the interpretation of Pharaoh’s dreams: seven coming years of good crops to be followed by seven years of famine. Pharaoh chose Joseph to oversee the fourteen-year plan to collect, save, and sell the grain. So Joseph went straight from prison to a very high ranking government job. (Usually it is the other way around.)

Back in Canaan, also lacking food, Jacob sent ten of his sons to Egypt to buy grain. They found Joseph, who recognized them, but they didn’t recognize him. After two trips, Joseph revealed himself to his brothers. Jacob was reunited with Joseph, and all of them lived seventeen years in Egypt before Jacob died.

With that background, our text today begins, “When Joseph’s brothers saw that their father was dead, they said, ‘It may be that Joseph will hate us and pay us back for all the evil that we did to him’ ” (v 15). For over twenty years, those ten brothers had lived in guilt about what they’d done to Joseph and to their father, Jacob. Every time they saw their father cry or hang his head grieving for Joseph, they knew they were to blame.

Sometimes, instead of talking in our families and relationships, we have the idea that past hurts and sins will just go away if we don’t ever bring them up again. They’re never actually confessed and forgiven, just forgotten, ignored . . . for a while. But if the topic ever comes up later, it tears off an unhealed scab, and the bleeding starts again as badly as it did before. Nothing was healed; nothing was changed. Instead of genuinely forgiving others, we sometimes just say, “That’s okay,” or “Don’t worry about it,” but that doesn’t actually heal the hurt or the relationship. Real forgiveness needs to take place.

To save their own skin, the ten brothers of Joseph make up a story. “So they sent a message to Joseph, saying, ‘Your father gave this command before he died: “Say to Joseph, ‘Please forgive the transgression of your brothers and their sin, because they did evil to you.’ ” (vv 16–17). Did Jacob actually make this request of Joseph? I seriously doubt it. Had Jacob been worried about this, he probably would have asked Joseph himself many years earlier. The timing is just too convenient, and knowing the history of the brothers’ deceit, this is probably just a desperate attempt to save their own skins.

After the brothers sent the request that Joseph forgive them, “Joseph wept when they spoke to him” (v 17). Joseph was deeply hurt that his brothers still thought he might want to harm them. Joseph had forgiven his brothers long ago and wasn’t after hate or revenge. Although his brothers didn’t sound too repentant, Joseph forgave them anyway.

We sometimes scheme like this. Baking a cake for someone we have hurt is a nice gesture, but it doesn’t clearly confess the wrong or declare forgiveness. We can’t make up for some sin by doing something nice in return, either to God or to a person we’ve wronged. That’s bribery. Hearing the words of absolution from the pastor in church, as well as remembering our Baptism and receiving Christ’s body and blood “for the forgiveness of sins,” is hearing the voice of God loud and clear that we’ve been forgiven by God, through the sacrifice, the cross, the rising again of our Savior Jesus. When we confess our sins to God and to one another and hear the words “I forgive you,” we know the sins are truly gone!

Joseph saw God’s hand for good in the many years of hurt that he endured. God turns evil and bad situations around to make good come from it, always for God’s mysterious and divine purposes. Paul echoes this in Rom 8:28: “And we know that for those who love God all things work together for good, for those who are called according to his purpose.”

Those who hated and killed Jesus meant it for evil, but God meant it for good, the saving of many souls! All the evil that was done to Jesus—the persecution, the unjust treatment by His brother Jews, the beatings, the flogging, being crucified, left in the prison of the grave for two days and emerging live on the third—it was all a part of God’s greater plan of ultimate good for you and me! Our sins are no more!

And now knowing what God has done for us, we have to forgive one another. That is the point Jesus is making in the Gospel. We are that servant with the big debt forgiven, who still wants the five bucks from our co-worker. We are that guy. Jesus’ death and rising again took away our billions and billions of sins we have done against Him. We need to forgive the things people have done to us. This is not an option. This is God’s command. And I know it is hard. My life is not perfect. People have hurt me, betrayed me, gossiped about me, lied about me. You’ve been there too, right?

This doesn’t happen by itself. It comes when the Holy Spirit works in here. God brings us faith. God brings us forgiveness. And God brings us the love and peace and willingness to forgive. It is an amazing thing, when God does this. There was someone once who went after me, my family, my livelihood. He failed and he left the church where I was serving. But I was mad. I thought this guy was my friend. He sure told me often enough. I really wanted justice, revenge. But God did His thing in here, and I saw him years later, and it was like, “Oh, hi.” He won’t be at my house for Thanksgiving dinner this year, but I have forgiven him.

So we end with the end of our text. As Joseph speaks with love to his brothers, so does Jesus speak to us today: “ ‘So do not fear; I will provide for you and your little ones.’ Thus he comforted them and spoke kindly to them” (v 21). As Jesus’ brothers, we can forgive, too.