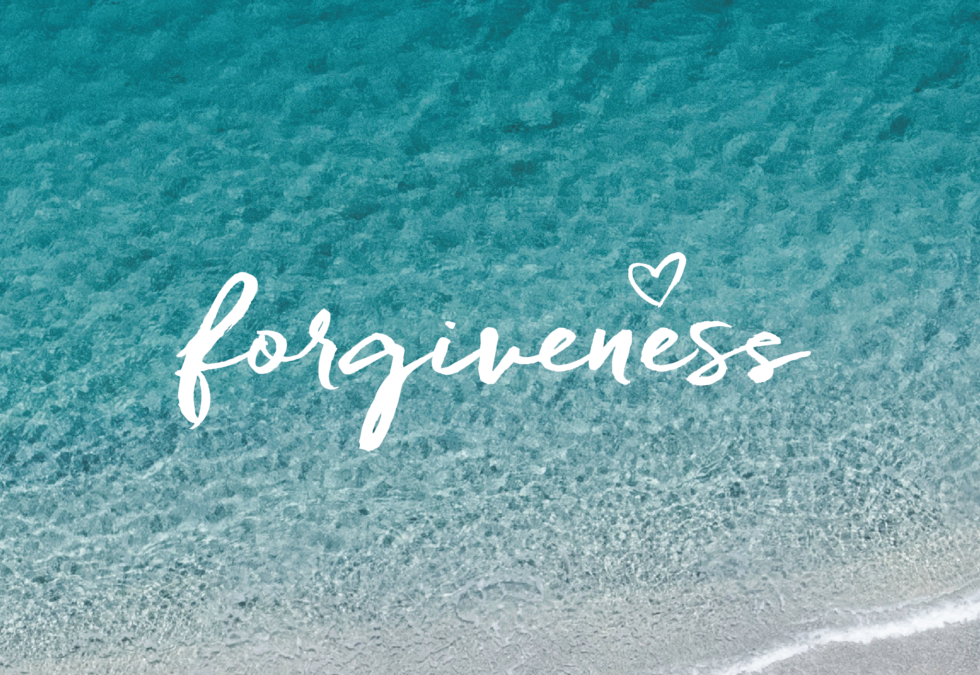 One of the things that happen to us in our lives is that things go wrong between us and the other people we know. And usually in there, somewhere, someone is hurt and needs to forgive. Sometimes forgiving somebody is easy. I have forgiven Erica for asking me to get kittens for Christmas this last year. I have forgiven Christopher for the 1,956 times he has lost the living room remote after turning on the Weather Channel. I have forgiven the Fox Television network for canceling the show Firefly after only 14 episodes. But sometimes, when somebody has done something to us that really hurt, forgiveness is harder to come by. Today, in our weekly reminder of what God has done to bring us forgiveness, we will also be reminded of our need to forgive one another.

I don’t know if you have thought about this, but forgiveness is essential for all our relationships. Love is the glue that holds us together, and there can’t be love without the ability to forgive. Without forgiveness, the wounds we both inflict and receive would drive us apart.

One example I can give you is a dude called Joseph. You may recall in the book of Genesis that Joseph was one of 12 children of Jacob. He was Jacob’s favorite. Now there are families where this kind of discussion takes place and one sibling will look at another and say, “Mom always liked you best.” That is usually said in a joking, kidding sense. But when I tell you that Joseph was the favorite, he was the favorite. Jacob presented Joseph with a coat of many colors. Some would call it a Technicolor Dreamcoat. The gift triggered the jealousy of his 11 brothers. Then Joseph had dreams about his brothers bowing down to him, and he told them about those dreams, and that led to sibling rivalry turning into murderous anger.

While the brothers tended the sheep far from home, they plotted against Joseph. Their first plan was to just kill him. But then they decided to sell him to slave traders, who dragged him to Egypt. His brothers smeared animal blood on Joseph’s coat so Jacob, their father, would think Joseph had been killed by wild beasts.

Now I have had conflicts with my siblings. There were times in our youth when we bickered and didn’t get along so hot. But never, to my knowledge, did I hear of my three older siblings planning to sell me! (I was told to go play on the freeway, but that is different.) Imagine how Joseph hurt—betrayed by his brothers, sold into slavery like a cow, never to see his family again (or so he thought).

We all suffer hurts. We have all been betrayed. We have all counted on someone’s loyalties when we shouldn’t have. We have all had people break promises to us. We have all hurt when we figured out that people that we love have manipulated us. We hurt when confronted by unfaithfulness. We have all felt betrayed when we have to deal with lies and dishonesty.

And we get mad. We plot to get even, get our justice, get our revenge. We carry inside us a sense of fairness that demands that we settle the score. Fair’s fair. “An eye for an eye and a tooth for a tooth”—that’s biblical, isn’t it? (Yes, but…)

When Joseph was sold and made a slave, things really stunk for him, at first. But then things got better. Joseph prospered in Egypt. He rose to power, up to the top, just beneath Pharaoh himself. But he still had that hurt, that anger for his brothers who worked so hard to get rid of him.

I don’t know if you have noticed this, but sometimes when we hurt, we do whatever we can to make the hurt seem smaller. We make excuses for the offender: “He isn’t all bad.” “She meant well.” “It’s what he’s going through.” “It’s the current culture.” “It’s in his genes.” Joseph may have thought and remembered that Jacob, his dad, had grabbed the family fortune by tricking his twin brother Esau. He may have thought that what his brothers did wasn’t that bad, it wasn’t all their fault, they were just taking after dad, right? Sometimes we make excuses for the person who hurt us, and when we do that, we try to minimize the offense and diminish our pain.

Or then there are times that we blame ourselves for the sin of others. Joseph may have thought, “Wouldn’t I be mad if our father gave my brother a fancy coat, and not to me? It must be my fault. I bragged, I was full of myself, I taunted them with my arrogance and boasting about my dreams.” (Joseph did do that, he was an arrogant kid.) We try to minimize the pain by taking the blame on ourselves, instead of recognizing that it is Jesus Christ who carried the sins of others—and our own. That is not our job.

Another thing we do is we try to ignore it, deny it, smooth things over for the sake of peace. When we do this, it only works for a little bit. Ever try that? And then blow up at the person months or years later when the pain in here just builds up and gets thrown up and out? Joseph may have tried to do that, too. (cf. Gen 42:9). We certainly do so today. But the hurt, hate, and grief still live on in our souls. Why? Self-deception is not forgiveness.

In Genesis, we read that famine in Canaan drove Joseph’s brothers to Egypt to buy grain. They stood before an unrecognized man who held their lives in his hands. (It was Joseph.) Let them tremble a bit, Joseph thought. No, let them tremble a lot! It’s payback time: “Liars! You came here to spy!”

But revenge didn’t work. It never does, because it’s never enough. Revenge escalates. Every time Joseph thought about vengeance on his brothers, he himself was the one who got hurt.

The miracle of forgiveness was happening: he was letting go. Joseph faced the fact that his brothers had done him terrible wrongs. Real forgiveness faces the hurt. “You caused me more pain than can be measured.” No excuses. No tolerating. No rationalizing. No denying. No ignoring. Bring truth to the surface. Out front. Up front. Over-drinkers ruin their livers. Criminals serve time in jail. Your forgiveness does not erase the police record or rejuvenate the liver, but it does heal.

Joseph looked in his brothers’ eyes and said, “I am Joseph, your brother. Is my father still alive?” He hugged Benjamin and all his brothers, and they all cried. This crescendo of forgiveness had been building for years. It happened in one amazing moment.

For others, forgiveness may come slowly, in bits and pieces. But once forgiveness comes to take over our lives, we start to live a new life, a better life. We’re reborn. When forgiveness is born, both offender and offended receive new life and healing. It is a miracle—something bigger and better than what’s human and natural.

Don’t expect to discover forgiveness in your talents and abilities. It’s like the beginning when God created something out of nothing. Forgiveness comes only from God, only through His Son, Jesus Christ, crucified and risen for you. Jesus met our sin head-on. He offered no excuses; He offered Himself in our place on the cross.
Only because we are forgiven by God through faith in Jesus can we begin to forgive each other truly, freely, completely. It is the Holy Spirit that makes forgiveness of others happen in here. In his book Forgive and Forget, Lewis Smedes says, “When we forgive we come as close as any human can to the essentially divine act of creation. For we create a new beginning out of the past pain.”

Let me give you an example here: We all have noted how politics and politicians have descended into a barrage of name calling, insults, and rudeness. Politics has always been a dirty business, but it was better in our past. We are told President Lincoln had an early political rival named Edwin Stanton. He said of Lincoln, after treating him rudely in a legal case they worked on together, that Lincoln was a ‘long lank creature from Illinois, wearing a dirty linen duster for a coat, on the back of which the perspiration had splotched wide stains that resembled a map of the continent.” After Lincoln was elected President he chose Stanton to be his secretary of war because he was told he was the best man for the job. At Lincoln’s funeral, Stanton said, “There lies the most perfect ruler of men the world has ever seen.”
President Lincoln had learned not to take insults personally.

It is God that enables us to rise above the injuries we receive at the hands of others and to forgive. And forgiveness leads to a much brighter future than carrying grudges. Beginning with Baptism, reaffirmed by God’s Word and in the Lord’s Supper, because Jesus died and rose again, we are forgiven—today! Because of our blessings from God, because of the forgiveness and love we have from above, we can love, and we can forgive. God bless us and lead to do just that.

Adapted from Material in Concordia Pulpit Resources, Vol. 29, Part One.