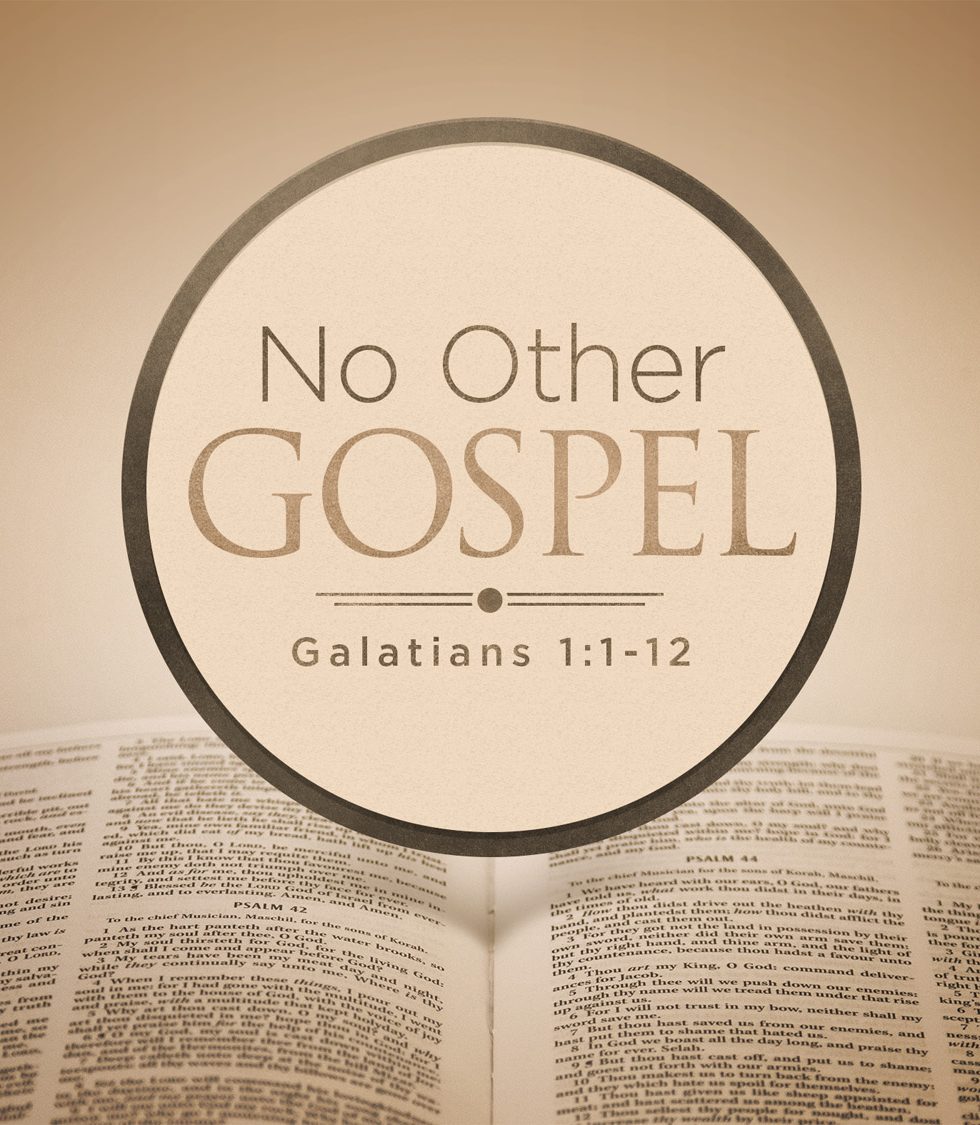 There is a pastor/professor in Ft. Wayne who tells this story: “I remember fondly my first call out of seminary to St. John’s Lutheran Church in Burt, Iowa. It was a small town/rural parish. The church building was older, with the fellowship hall and kitchen located in the basement. On the outside wall of the kitchen, facing the fellowship hall, was a thermostat, and every week, for every event, every Bible study, every meeting, I would faithfully adjust that thermostat up or down. For two years, I faithfully readjusted that thermostat until someone finally took me aside and explained, “Pastor, that thermostat isn’t connected to anything.” Two whole years! They gave me the thermostat as a going-away present!” Why am I telling you this story? Because Man Is Easily Fooled, Taken In, but There Is Only One Unchangeable Gospel.

One of the things that capitalism shows us is that people are gullible, that they can be fooled. People will believe what they want regardless of their senses or their common sense. I remember years ago I was looking through a golf catalog and they were selling this ball finder thing, that would find your ball in the grass or the woods. They said you put the batteries in and by detecting subtle shifts in gravity or something it would find your ball. And I said, “Say what?” So I called the company and said, “Is this a joke?” And they said they did not carry it anymore because they discovered the whole thing was a scam. But people did buy it.

Remember Sidd Finch? In 1985, The editor of Sports Illustrated noticed they would be publishing an issue on April 1. He asked George Plimpton, a famous writer and booster of participatory journalism, to write something special for that issue. Plimpton created the story of a guy in the New York Mets organization who was into yoga, French horn playing, and could throw a baseball 168 miles per hour with complete control. Sounds crazy, right? But people believed it: General managers, baseball press, lots of folks.

Or try this one: how many of you have seen a commercial on TV and you think that there is no way that product, or toy, would work that well, but you buy it anyway, get it home and…it doesn’t work like it did on TV. People will believe. Just present it correctly, package it properly, and people will believe. We’re gullible, many times in our lives we are fooled.

Of course, there’s no shortage of those who would take advantage of the gullibility of others. There’s always someone out there willing to help you believe what you want to believe, and they’re willing to let you pay them good money in the process. Many make a living convincing people they’ve discovered a better way—a better way to health and wealth, a better way to live, a better way to fulfillment. Does Bernie Madoff’s name ring a bell? Euell Gibbons? Robert Atkins?

And then, of course, there are those who say they have found a better way to God. Yes, we all know the history in religion for quacks and crackpots, and how people are willing to throw money at gurus and preachers, these guys who come up with (discover) something “new” when the Bible was never lost and is unchanging. Joseph Smith. Jim Jones. David Koresh. Do (Marshall Applewhite). Sun Nyung Moon.

Paul is telling us one very basic thing here: Do not be taken in! Do not be fooled! There will always be those who try to convince people that they’ve discovered these things:

It all sounds good on the surface, but as you peel away the layers of rhetoric, you find it always requires a tweaking of the Gospel. Changing the Bible. Changing what Jesus said. A little change here, a little change there, a little nip and tuck, some theological plastic surgery, and there it is! Like Paul said: “I am astonished that you are so quickly . . . turning to a different gospel” (v 6)—which is really no gospel at all. Any change of the Gospel is a different gospel and, therefore, is not the gospel! Changing the Gospel destroys the Gospel! Do not be fooled!

Instead, I remind you my brothers and sisters, that THIS is the Gospel of Jesus Christ: God in His mercy has sent His Son in the flesh into our sinful world. Jesus has gathered up our sins and carried them to the cross at Calvary. On that cross, under the load of our sin, He suffered and died. He paid the price demanded for sin, the price demanded for us. He fulfilled the Law on our behalf, and we have been rescued from sin and death. Jesus was laid in the tomb and rose from the dead the third day. Ascended to the right hand of the Father. He has risen, and so shall we! Forgiveness, life, salvation are ours in Christ Jesus. All this He’s done out of fatherly, divine goodness and mercy as a free gift for those who could never deserve such amazing grace. Now, the gates of heaven stand open before us.

That’s it! There’s only one Gospel of Jesus Christ!

But my human logic says I must be active in my own salvation—that’s a different gospel.

But that guy’s book says I need to do all the right things here on earth so I can have a better seat in heaven—that’s a different gospel.

But my neighbor says that if I don’t speak words I don’t understand I’m not God’s child—that’s a different gospel.

But the TV man says the more money I send to his ministry, the more will show up in my bank account—that’s a different gospel.

But my other neighbor says that he heard on TV that there is no sin, that we must be tolerant of all kinds of behavior because God is love and that everybody is saved as long as they are sincere—that’s a different gospel. Do not be fooled—there is only one Gospel of Jesus Christ.

A long time ago when I was not so “middle aged,” I worked at the MacDonald’s in West Bend, WI. When a new high schooler was hired, the veterans on the crew liked to do pranks on the newbies. One of their favorites was this: It was common practice to clean the grills with hot water which was called “steaming the grills.” The vets would ask a newbie to go across the street to the filling station there and ask for a bucket of steam. It was interesting how often someone fell for this, how many people would get fooled into thinking you could get a bucket of steam.

Do not be fooled! Do not be led astray from the true Gospel. Sometimes we hear something that looks as if it makes sense, even though it is not what the Bible says. It sounds so tempting, so logical, so easy, so fulfilling . . . and off we go! But it only leads us away from the truth. Do not be fooled. There is only one Gospel—the Gospel of Jesus Christ. There is only one Gospel—the love of God in Christ, which snatched us from the jaws of everlasting death and opened the gates of everlasting life.