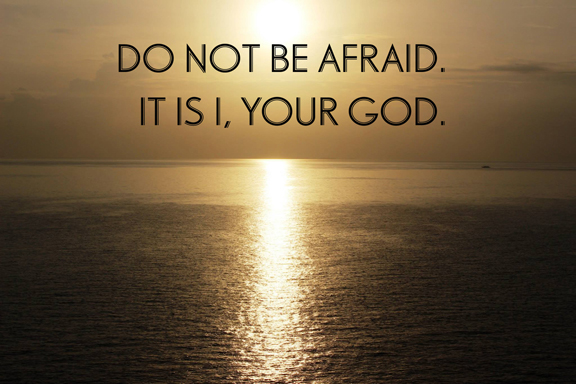 Today we do not start with a joke or silly story. Today we start on a more serious tone. We begin with this story: There was a little girl once who was dying. She asked her dad, “I don’t like cemeteries. Will you go into the grave with me?” The father would have done anything for her, but he told her he could not do that. She then asked, “Can Mommy go with me?” He told her that as much as they both loved her, she could not go with her, either. The little girl turned her face to the wall and wept. That is what it is like to be without Jesus. But as Paul Harvey used to say, now we hear the rest of the story. This little girl knew Jesus. She asked, “If you can’t be there and Mommy can’t be there, will Jesus be there?” He said, “Yes.” And she said, “Daddy, the grave is not dark now. Jesus will be there with me.” And that is what it means to know the power and to have the presence of Jesus, your Savior.

If you think that story is a little too melodramatic, then I can only say you have never been in that position. Our text in St. Mark is a similar situation. There Mark tells us about Jairus, the father in our text. He is a respected leader in the synagogue, normally a time consuming profession. At this point, he has other concerns. His twelve year old daughter is sick and near death. He has tried everything and everyone at his disposal, but it is not enough, and she is getting worse. And this is when he starts looking for Jesus.

Jairus may have been in the synagogue where Jesus first spoke “with authority.” He may have been told of Jesus healing a fisherman’s mother–in–law. A friendly neighbor may have told him about when Jesus healed a paralyzed man. Talk may have been going around about how this Jesus stopped a storm by simply saying, “Quiet! Be still!” (We talked about that last week.) Thinking that his daughter was dying and there was no hope left, Jairus makes his way through the crowd with one thought: he has to speak to Jesus and beg Him to heal his daughter.

Jairus finds Jesus, throws himself down on the ground and prays, “My little daughter is dying. Please come and put your hands on her so that she will be healed and live.” Without hesitation, Jesus goes with Jairus. But there are complications along the way. A woman wishing to be healed of an old problem sneaks out of the crowd and touches Jesus’ robe. Jesus stops to talk to her. Only for a moment. But can you imagine what Jairus must have been thinking then? He didn’t say a word, but his father’s heart must have been screaming, “C’mon Jesus! Time is short. Let’s go! Hurry, before it is too late!!”

But it is too late. Or so some of them thought. Word comes from home, “Your daughter is dead. Why bother the teacher anymore?” In the face of such tragedy, Jairus had to doubt. He may have questioned the words of our Old Testament lesson. He may have questioned God’s goodness. He may have lost hope. We cannot say what was in Jairus’ heart and mind, but Jesus knew. And Jesus told him, “Don’t be afraid, just believe.”

We know the rest of the story. Jesus and Jairus went into the house. They made their way past the professional mourners. Jesus heard their teasing and mocking. But He showed them, right? Jesus took the girl’s hand and brought her back from the grave.

“Don’t be afraid, just believe.” That is what Jesus says to us today. Do not doubt. Don’t be afraid, just believe. Realize that this miracle of life over death is not included in the Gospel as a message from a long time ago in a galaxy far, far away. This is not a cute little story to amuse kids in Sunday School. This is here in the Word of God so that you may know that Jesus Christ has the power over death. Believe that the same Savior who gave His life on the cross so that you might be saved from death, the same Savior who spent His life fulfilling the Law so we would be freed from its curse, the same Savior who defeated the temptations of Satan at every turn so you might live in joy is with you. Don’t be afraid. Just believe.

Now I know some of you are worried about your jobs. You have had to say good-bye to people you love. Some of you have seen the love of your spouse grow cold. Some of you have had your children grow disrespectful. Some of you younger folks here feel alone and only your best friend, on a good day, understands you. Know that Jesus is speaking to you today. We can believe with confidence, the power of Jesus words: “Don’t be afraid; just believe.”

We will conclude with this: Last month Ken Klass wrote a Lutheran Hour Devotion that told us about a shop in Myrtle Beach, South Carolina, which sells hot sauces. Now, when this shop, which is known as the Pepper Palace, sells hot sauces, they mean hot sauces. One of their mega monster mouth burners is a sauce they have named FLASHBANG. It’s ingredients include a blend of Carolina reaper peppers, scorpion peppers, ghost peppers, and habanero peppers. FLASHBANG is downright destructive to the taste buds.

The stuff is so dangerous the owners of the Pepper Palace make people sign a waiver if they want to sample it. And I am not joking or exaggerating. Illinois resident, Randy Schmitz, signed the paper and tasted. A few moments later, Randy was on the ground and having a convulsion. He was taken to the hospital, a scan was run, and the results showed he was in the early stages of a malignant brain tumor. Back home in Illinois, Schmitz underwent surgery, had chemotherapy, and finished up his treatment right before he got married.

Randy believes tasting the sauce triggered the seizure, which ended up saving his life. Indeed, he even sent a letter to the Pepper Palace to thank them and apologize for his mother who, when the event was taking place, had screamed the store’s sauce was “killing her son.”

Now why am I bringing this up this morning? Most of us, looking back on our lives, can remember a time when we were in Randy’s shoes. Most of us have found ourselves in situations where we might think the Lord is out to get us. You remember, you were enjoying the good life and then Bam! something unexpected happened, and your whole world was turned upside down. At such a time it was easy to blame God and question His intentions for your life. I think we can reasonably see a scenario where Jairus asked God, “Why are you doing this to me?”

If that has ever been the case for you, then I encourage you to pay attention to what the Lord tells us through His prophet Jeremiah. He says, “I know the plans I have for you.” No matter what you may think, they are plans for your welfare and not your destruction. God does not bring evil into your life. On the contrary, He gives you a blessed future and hope for today, tomorrow and eternity.

For all who doubt the sincerity of God’s statement, all they need to do is look to Bethlehem’s manger, Calvary’s cross, and Jerusalem’s empty tomb. In these places they will see the love and grace of God that came to us in the Person of His Son, our Savior, Jesus Christ.

That is why we should take the advice that Jesus gave to Jairus. Jesus has conquered death for us. He has conquered, and will conquer, each and every other problem we have. Don’t be afraid, just believe.