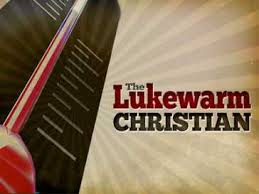 Clean hands are important. We expect any restaurant to provide customers with a place to wash their hands. We expect the folks who are preparing and serving our food to wash their hands. We grew up being told to wash our hands before dinner. We have doctors telling us every flu season to wash our hands often, that that is the best defense against viruses and germs. Maybe we are washing our hands too much these days! There are actually those who argue we’ve sanitized our world so much, including our hands, that we are more susceptible to ever more resistant microbes. All of this is no big deal, though, when we compare it to the question of a clean heart.

The contrast between Jesus’ reception at the end of Mark 6 and His encounter with the Pharisees and scribes in our passage to open chapter 7 is remarkable. In chapter 6 Jesus feeds 5000, He walks on water, He heals a bunch of people. When things are going so well, now Jesus deals with this: “Now when the Pharisees gathered to him, with some of the scribes who had come from Jerusalem, they saw that some of his disciples ate with hands that were defiled, that is, unwashed. . . . And the Pharisees and the scribes asked him, ‘Why do your disciples not walk according to the tradition of the elders, but eat with defiled hands?’ ” (vv 1–2, 5).

Now I want to make sure we are clear here. Jesus is doing His thing. He is teaching. He is leading. And the Pharisees, the church council, if you will, show up and say, “We don’t like what you are doing.” Or, “That’s not the way we have always done that.”

People are also quick to share their opinions here at church. What hymns and songs we sing. What worship styles we use. Whether or not the pastor stinks. That is what is happening to Jesus that day. The church leaders are telling Jesus they don’t like the way He is doing things. They are fixated on something so small while they are missing the big picture.

Some time ago, a Hollywood celebrity, as part of a high-profile visit, had the chance to spend an afternoon with the president of Taiwan. The topic this celebrity wanted to pursue was the treatment of dogs in Taiwan. Humane treatment of animals is certainly important, but if you had one chance to speak to the president of a country, would that be the issue you’d focus on?

You need to realize that the “law” they were mad about being broken was not one of God’s laws, but one of the laws the Jewish leadership added to God’s laws in the time between the Old and New Testament. They added a big old bunch of rules to what God had already given. Jesus’ opponents seem to have completely lost sight of what really matters before God. It is really quite clear that this group in Jesus’ face are more concerned with the rules they made up than what God wants. And Jesus knows this. Our initial sympathy with the Pharisees’ concern over clean hands at the dinner table goes right down the drain when we begin to see the real problem here.

When I was a kid wanting to pass “bath-time inspection,” I quickly learned that my mother was not going to check the easy-to-reach obvious places. If I wanted to be declared “clean,” I had to make sure I washed behind my ears. Our Lord reminds His questioners that they still need to learn this lesson. Centuries before, through His prophet Isaiah, the Lord had tried to teach Israel to check for true cleanness by looking in their hearts: “This people honors me with their lips, but their heart is far from me; in vain do they worship me, teaching as doctrines the commandments of men” (vv 6–7).

We may make the same mistake they were making if we miss the very important way Jesus introduces this quote from Isaiah. “Well did the prophet Isaiah prophesy of you,” Jesus says. Right after this, Jesus will speak of the Commandments God gave through Moses and how these ancient words of God should be shaping the lives and thoughts of His hearers. The Pharisees are more concerned about whether people’s hands are clean than whether their bodies are cleaned of disease by the words of Jesus and whether their hearts have been filled with the peace Jesus is proclaiming. That’s exactly the sort of thing that happens when we put what we think is important before what’s important to God.

You’ve heard the expression “lip service,” and you probably know what it means. Did you know that expression was inspired by this passage in the Gospels and by the passage from Isaiah Jesus quotes here? (That’s, at least, what the author of Brewer’s Dictionary of Phrase and Fable says.) No one is impressed when we say one thing and then do another. The Lord’s words, both in Isaiah and in Mark, may suggest another image, however, when He speaks of far distant hearts. Have you ever had the uncomfortable or even infuriating experience of someone whom you know opposes you greeting you warmly, you know, with a handshake or a hug? We immediately think of the example of the kiss of Judas in the Garden of Gethsemane. Was there ever a case of greater separation between words and hearts?

But we’d better not answer too quickly. If Isaiah’s words are prophesied about us, and if Jesus’ warnings speak to us, we had better examine our own lips and hearts and heads and hands to see how we’re doing. How have we lost sight of what’s really important? What traditions of men, what traditions of our own, have we let crowd out God’s Word from its proper place as the Word that demands our total obedience? This can happen in a church when the choice for liturgy or format of a service is considered more important than the Word preached in that service. This can happen when a church gathers and professes their love for Jesus and one another, but fail to actually love the people in the Church or outside of it.

The wrongness of the Pharisees’ approach is shown in the behavior that results. Replacing God’s Word with man’s, listening to human traditions that establish themselves at the cost of the honor due God’s Word, results in a life lived only for self. Our Lord points to one of our most fundamental relationships to make this clear: “He said to them, ‘You have a fine way of rejecting the commandment of God in order to establish your tradition! For Moses said, “Honor your father and your mother”; and, “Whoever reviles father or mother must surely die.” But you say, “If a man tells his father or his mother, ‘Whatever you would have gained from me is Corban’ ” (that is, given to God)—then you no longer permit him to do anything for his father or mother, thus making void the word of God by your tradition that you have handed down. And many such things you do’ ” (vv 9–13).

What Jesus is basically talking about here, is that God’s Word says you have to look after your parents when they are not able to do so themselves. The Pharisees invented a rule that said you didn’t have to support your parents when they were old if you said you were giving this money to God. This meant more money in the temple treasury, more for the temple leadership to control. Do you see you see why this made Jesus so mad?

Human traditions may set standards for outward cleanness, but they can never make us clean within. Jesus points out the true source of the Pharisees’ uncleanness because He wants to make them clean. This is clearly seen in the casting out of the unclean spirit and the compassion Jesus shows the crowds in the accounts that follow (next week’s Gospel, Mk 7:14–23). Jesus draws our attention away from human traditions, which cannot save us, to focus on God’s Word, which can. God’s words, spoken to us and for us, expose the “dirt behind our ears,” the “dirt” we’ve been hiding in the hope no one would see, the “dirt” that gets in our eyes and blinds us to the needs of those around us, the “dirt” that clogs our hearts and shuts them down, the “dirt” that kills. But the point of all this is not so God can say, “Look, you’re dirty!” Rather, Our Lord Calls Us from Human Tradition to God’s Word and His Priorities and Letting His Voice Declare Us Clean, so that He can say, by His death on the cross, and His rising again, “Come to me, and I will make you clean.”