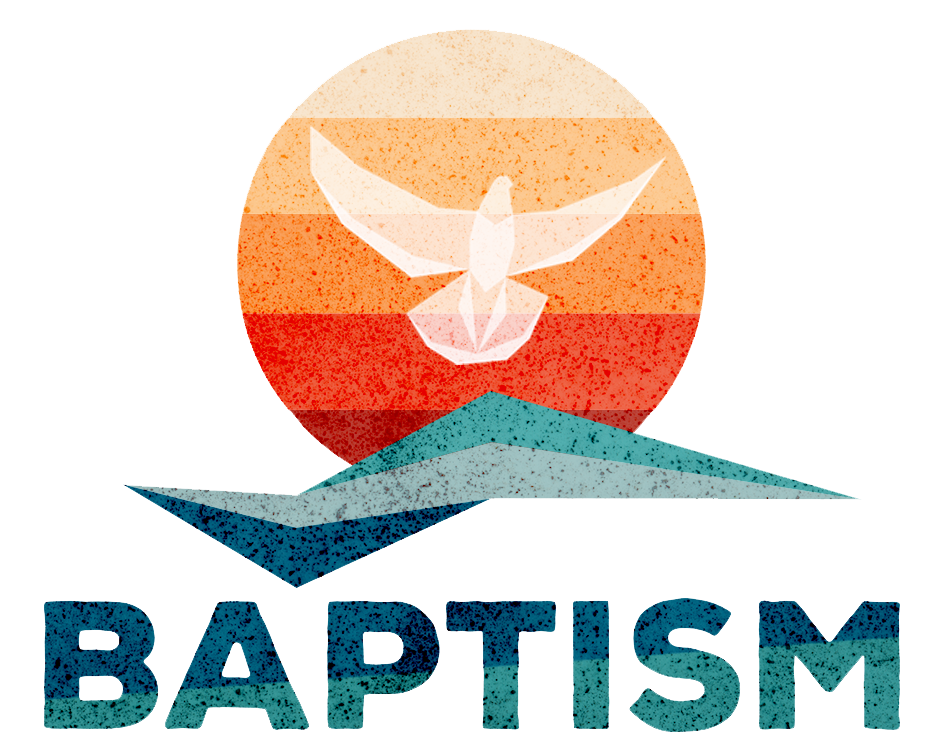 Grace to you and peace from God our Father and the Lord Jesus Christ.

Benjamin Franklin once coined a proverb, “Three can keep a secret if two are dead.” It was a re-working of an older saying that suddenly became popular recently after a certain Disney movie release. That proverb said, “Dead men tell no tales.” The idea, if you haven’t already figured it out, went something like this. If someone else knows something that might incriminate you, then you’ve got a problem. And the best way to solve that problem is to get rid of that other person. Now I’m not endorsing this strategy, but follow me for a little bit here.

Our Old Testament reading this morning described the first day of creation. Five days later, of course, God created Adam and gave him the job of taking care of the garden. Adam’s instructions were that everything that grew there was on the menu, except one particular tree. You know the story. Adam and Eve lived there in the garden and walked with God, had fellowship with Him, directly, personally, one-on-one. Until one day, that is; the day that Adam and Eve both ate from the forbidden tree. Now, God had a problem. His solution sounds a bit like a re-work of Franklin’s proverb. But God’s proverb would have sounded something like this, “Dead men don’t sin.”

Humanity’s punishment for their sin would be death. Listen to God’s words to Adam, “Cursed is the ground because of you; in toil you will eat of it all the days of your life. Both thorns and thistles it shall grow for you; and you will eat the plants of the field; by the sweat of your face you will eat bread, till you return to the ground, because from it you were taken; for you are dust, and to dust you shall return.” The problem: Sin. God’s solution: “Dead men don’t sin.” Did you notice something, though? God did not kill them that very day. God allowed them to live; to have children; to continue to work the land. He even promised that their offspring would defeat the serpent.

Now, as time went by and the population grew, so did the depravity of mankind. After Cain killed his brother Abel, God put a mark on him and told him that he would be a vagrant and a wanderer. Do you remember what Cain’s response was? He was distraught. He was terrified. He was sure that the first person that found him would kill him. And yet, God promised to protect Cain. But by the time Lamech fathered Noah, Lamech would boast in the number of men he had murdered, and he even dared anyone to avenge them.

Well, that was it. God was finally fed up. He was going to clean up the entire mess. God decided that He was going to kill every last living thing that He had created on the face of the entire earth! We all know what happened next, right? Forty days and forty nights of rain. And that’s not all. Water even sprang up from the depths of the earth. Water from above. Water from below. God had a problem: Sin. His solution: “Dead men don’t sin.”

Yet, God didn’t destroy everyone did He? Eight were saved; Noah, his three sons and their wives. And God promised never to curse the ground again because of mankind. He also promised never to destroy the earth with water again. But the flood didn’t fix the problem of sin. God still saw that “the intent of man’s heart is evil from his youth.”

Eventually, God would bring the descendants of Abraham out of slavery from Egypt, and at the foot of Mount Sinai, God made a covenant with this people. He gave them the Law, commandments to live by. These commandments covered every facet of life, from moral obligations to civil affairs, even ceremonial laws that spelled out what they should do if they broke any of the other laws. AND, for the first time since Adam and Eve were kicked out of the garden, God promised that He would live among mankind. If the Israelites would just keep up their end of this agreement, God would be with them, in the tent of meeting, in the Holy of Holies. He would meet them above the Arc of the Covenant.

In addition to these rules of living, there were also penalties. Listen to a few of them. If you ate the meat from a peace offering that was three days or more old, you would be put to death. If you consulted a medium, or fortune-teller, you would be put to death. If a person sacrificed their newborn child, they would be stoned to death. If a son was continuously rebellious toward his parents, refusing correction, he would be stoned to death! Did you hear that one, kids? And after the execution, their body was to be hung from a tree, because “a hanged man is cursed by God.” This is starting to sound familiar, isn’t it? There is still a problem with sin. And God’s solution is still: “Dead men don’t sin.”

But wait there’s more. If you murdered someone, you would be put to death. And if you were caught in adultery, both of you would be stoned to death. Because, after all, “Dead men don’t sin.” But wait a minute, remember King David? A man who was guilty of both of these crimes. Do you remember what happened when the prophet Nathan confronted David? David’s response was one of brokenness and sorrow; not sorrow for being caught, but sorrow for dishonoring God, for disappointing God. David didn’t defend himself. He didn’t make excuses. He simply said, “I have sinned against the Lord.” And do you remember what Nathan said? He told David that, “The Lord has taken away your sin; you will not die.”

Whoa! There is nothing in the Law about that! All kinds of ways to be forgiven for unintentional sins. But adultery? Murder? Nope that’s automatic and sudden death. What’s going on here? We would like to think that God is, if not fair, at least consistent. Right? Well, I would suggest to you that God is still both; fair and consistent, even with David’s case. God’s problem is still sin. And His solution is still, “Dead men don’t sin.”

It’s just that, in this case (and maybe in all of those other cases of leniency, too) maybe, just maybe, we don’t realize just exactly how that person has actually died. In fact, the same can be said about each of us here this morning. Maybe we don’t realize that we have already been executed for our sins, too. I know that may catch some of you off guard; may have made a few of you uneasy. And, that was intentional. Kind of like Paul’s statement in Romans that we heard just a few minutes ago. “Don’t you know that everyone whose been baptized into Christ Jesus has been baptized into His death. We’ve been buried with Christ.” You see, God’s solution is still, “Dead men don’t sin.”

And, in case you’re wondering, this isn’t some kind of metaphor. It’s not symbolic religious language. But it is a part of the mystery of the faith. Not something that we can explain. But something that has happened nonetheless. In his letter to the Galatians, Paul said, “I have been crucified with Christ; it is no longer I who lives, but Christ lives in me.” Remember what the Law said about a hanged man being cursed? Paul doesn’t just say that Jesus “was cursed for us.” No, Paul says that, as Jesus died on the tree, He actually “became a curse for us.” Because God’s solution is still, “Dead men don’t sin.”

Before we were baptized, before faith in Christ, you and I, we were in bondage to the power of sin. Sin held the power of death over us. But Paul tells us here in Romans that not only do dead men not sin; but a dead man can’t die again either. And that’s why, because of our baptism into Christ’s death, sin has lost its power over us. Did you catch that? Sin no longer has any power over us! Why? Because, we’re already dead. What can sin do to us now? Absolutely nothing; because “Dead men don’t sin.”

I know that you’ve been thinking ahead. And I know that you’ve been (ahem) dying to ask me, “But Jeff, we do still sin, right? What’s up with that?” It’s true. That’s right. You all are officially “Good Lutherans.” Our physical bodies haven’t died yet. And the effects of Original Sin will stick to our bodies until our physical death or Christ’s return. But for the Christian, sin no longer rules in our hearts. Christ does. Listen again to Paul’s words, “our old self was crucified with [Christ] so that we would no longer be slaves to sin; for he who has died is freed from sin.”

You see, the day you were baptized, God’s original judgement against Adam and Eve’s rebellion, that sentence of death, was carried out. Just not on you. And, because of the faith that was created in you that day, you were restored to that intimate fellowship with God that Adam and Eve had when they walked with Him in the garden. Just like Paul, Christ now lives in you. Through the Holy Spirit, God now lives with us, in us, just like He promised the Israelites on Mount Sinai. He has given us a new heart.

And that is why, when sin overtakes us in our mortal bodies, we can respond like King David, instead of like Cain or Lamech. Before our death with Christ on the cross, we had no choice but to react out of fear, terror, hatred, and rebellion. But now, along with David, we can say, “Against you alone, Lord, have I sinned.” Now, because of Jesus’ death and resurrection, we hear what we just heard earlier this morning, when Pastor Erler said, “I forgive you all your sins, in the name of the Father, Son and Holy Spirit.”

Those words are not just “religious incantation”. Those words actually “Do” what they “Say”. Because of the faith that the Holy Spirit has birthed inside of us, we hear what David heard, “God has taken away your sin.” He nailed it to the tree. And it was destroyed when Jesus died. But Jesus didn’t stay dead, did He? And because He rose, because He now lives, lives in us, we are now free to live our lives in loving obedience to God and in loving service to our neighbors.

So, yeah, until our mortal bodies pass away, we kinda do still have a problem with sin. But God still has a solution. And that is, “Dead men don’t sin.”

So the next time Sin knocks on the door and says, “Hey Bob, you wanna hang out for a while?” You can tell him, “Sorry Sin, Mr. Lane is dead. But you can talk to Jesus if you want to. He lives here now.”

Now, may the peace which passes all understanding guard your hearts and minds in Christ Jesus unto life everlasting, Amen!