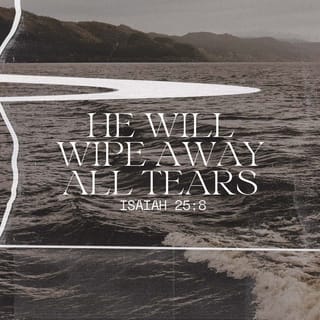 Recently, I read a story of someone who became concerned that too many people today live detached lives and have no emotional connections with…well…anyone. You know, people only interacting with devices, not people. So he decided to do something about it. He reserved six dates over the course of a year to host six dinners at his home. Posting his menu for each meal, he described on social media what he was offering and invited anyone to fill one of the eight seats at his table for each of the six evenings. Within twenty-four hours, all six evenings, all forty-eight seats, were filled, with a waiting list for cancellations. The people who came each night didn’t know one another and were from various political, religious, social, and cultural backgrounds, ranging in age from twenty-two to seventy-four years old. Most evenings, the meal and after-dinner conversations lasted three to four hours.

Later, reflecting on the experience, the host summarized his year-long experience by saying there are three things he became convinced of after sitting with such an eclectic group of people at his table. It became obvious to him that people are hungry for conversation, connection, and community. I believe those three elements can be seen in today’s text from Isaiah. The prophet shows how Much Can Happen When Jesus Brings People Together to Receive Conversation, Connection, and Community.

Isaiah was God’s chosen messenger to Judah. For many years, times were good, in terms of economy and militarily. But there was a spiritual void. Isaiah was one of the prophets that God called to wake people up and remind them that the spiritual stuff is more important. Isaiah was God’s spokesman, announcing the Lord’s judgment and calling for repentance. But he also spoke words of comfort and hope.

At the beginning of chapter 25 (this is before what is in your bulletin), Isaiah is unashamed to speak of his faith. “O Lord, you are my God; I will exalt you; I will praise your name” (v 1). His witness is bold and clear. But Isaiah realizes this is not the case with everyone. In the next verse, Isaiah talks about Israel’s enemy, Babylon. These are the people that will come in and cart all of God’s people away in 586 B.C. But God, who is speaking through Isaiah, is looking ahead to when Babylon will fall, and His people will be returned to the Promised Land. “For you have made the city a heap, the fortified city a ruin; the foreigners’ palace is a city no more; it will never be rebuilt” (v 2). After living in exile, God’s people would eventually return. However, from the time Isaiah said this to the time that prophecy was fulfilled, a lot of things were going to go wrong. A LOT OF THINGS.

The answer to much of that is the effect of sin in our lives, resulting in the less than perfect world we live in. And because of this, trials and tragedy happen. There are times when people experience the consequences of their sinful actions. That doesn’t mean there is always a direct correlation as to why something unfortunate or tragic happened in someone’s life. Nor does it mean there’s always an answer as to why certain things happen the way they do. Still, people are eager to talk about “why.” And each time we do, it’s a reminder of the opportunity we have to share good news. In 25:4, again before the words in your bulletin, Isaiah reminds us that the Lord is “a stronghold to the poor, a stronghold to the needy in his distress.”

Obviously, these days there is a lot of talk about all the bad news we have been seeing and hearing. I don’t know if you saw this, but John Krasinski (an actor) had a big hit on YouTube shortly after the pandemic started with a Sunday night show that just had good news. It was called “Some Good News.” (He did it for about 8 weeks and then sold the idea to ViacomCBS.) I tell you this to remind you all that there are a lot of people out there who are literally dying to hear Good News, THE GOOD NEWS, that Jesus died and rose for them.

There are many these days who are trying to have a conversation to express what they’re feeling and thinking and experiencing. Maybe someone you know wants to talk to you about this stuff or has talked to you about this stuff. Such conversations can make connections. And those connections can then give us the opportunity to tell folks about how much Jesus loves them.

Now remember, today we are talking about how conversation leads to connection and community. People need this. But some folks don’t know that. A few weeks ago I saw a movie I had missed when it came out 15 years ago. It was called, “Into the Wild.” Based on a book, true story. This kid on the east coast (Christopher McCandless) grew up in a family that was abusive and not nurturing. He graduated from college, gave away all his money, and (making a long story short) he went to live in the wilds of Alaska and live off the land. He decided that his life would be better spent alone than with people. What happened though is he ate something that made him sick, and as he was getting worse, he wrote in his journal that he was wrong about his “no people life thing,” and happiness was something that needed to be shared with others. I’d like to say there was a happy ending here, but he died of starvation. I mention this because as I was watching this movie, I kept thinking his life of self- made isolation was not going to be the answer. We are created to be with each other, love each other and take care of each other. You know I’m right. Jesus said, “Love your neighbor.” We need to be connected to each other.

So returning to Isaiah, the text goes on to refer to a feast. There are a lot of Old Testament verses that talk about being in God’s presence with a lot of food, because most people in those days didn’t have much food. This also points to the reality that there are so many things people are hungry and thirsty for in life today. There are so many things we try to fill our lives with that don’t really satisfy. Maybe it’s trying to fill our life with work or stuff. And while all those things have their value, they will always come up short.

These verses before us from Isaiah 25 are pure Gospel. As Isaiah describes a huge feast, he describes verse by verse what the Lord is doing (This is in your bulletin): “The Lord of hosts will make for all peoples a feast of rich food . . . he will swallow up . . . the covering that is cast over all peoples . . . he will swallow up death forever; . . . [he] will wipe away tears from all faces” (vv 6–8). With one description after another, Isaiah wants his hearers to connect to just how gracious God is toward His people, and how much He gives us.

Likewise, on Mount Calvary and by an empty tomb, the Lord of hosts, Jesus Himself, gave it all. He held nothing back. He took our place. His sacrifice took care of every one of our sins. He wipes away our tears. He swallows up death forever. He forgives our sins. He raises us to new life. He restores us to the Father. He offers us hope. What a message with which to connect the people that are in our lives. When people we know are hurting and want to hear Good News, we can tell them the GOOD NEWS of Jesus. And such connection creates community: the communion of saints, or in other words…THE CHURCH.

One of the goals of Gospel proclamation is kingdom/church growth. Paul says, “Faith comes from hearing, and hearing through the word of Christ” (Rom 10:17). When the Gospel is preached/shared, not only does it bring comfort to people, but it also brings people together. Isaiah’s final verses highlight that the response to this feast of good news is for people to declare, “Let us be glad and rejoice in his salvation” (25:9). With such a response, a community of believers comes together. And that is something we all need right now.

Conversation. Connection. Community. What an opportunity the Church has today. Too many people feel disconnected. Many are questioning and doubting. Some are skeptical and struggling.

But what would happen if the people of God, you and me, would begin to have honest conversations with people, believers and unbelievers, saints and sinners? We certainly don’t want to talk politics, right? Talk to anyone this week about the debate Tuesday night? I mean…bluck! Consider the connections that could be made when we are openly sharing the Gospel! In doing so, the community of believers grows, and we know this is a GOOD thing. And its why our mission statement here is “Growing God’s Family.” Let’s do this.