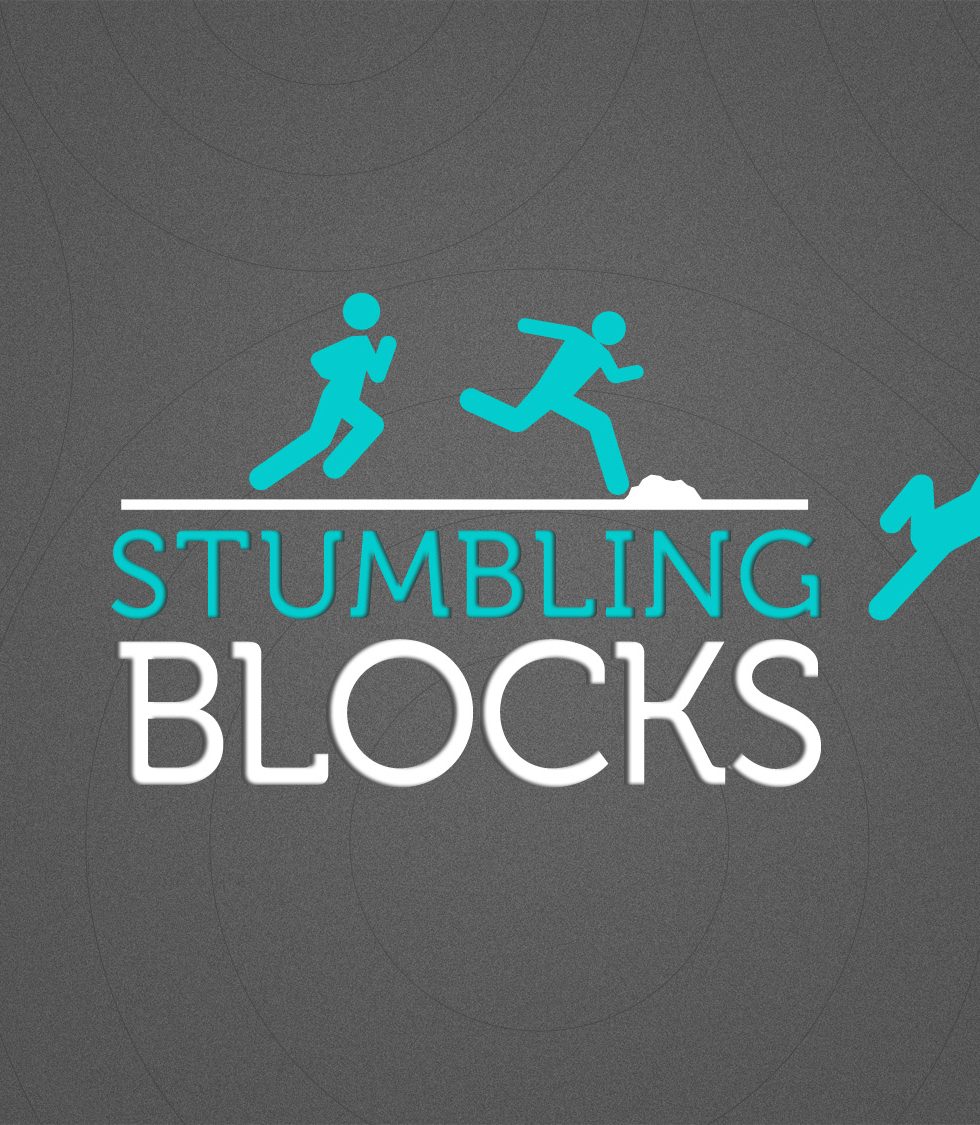 When I was on vicarage, and when I was in my first years as a pastor, I coached basketball. Fifth graders, sixth graders. And it was really so much fun having the moms and dads of these ten and eleven-year-olds complaining to me that their kids didn’t get enough playing time, or they weren’t starting, or…you know what I mean? Like ESPN was covering every game or something. And then during games, they would be yelling at the refs or insulting them and such, and usually, they were high school kids trying to make gas money, and I kept telling the parents “Just encourage your kids. I’ll talk to the refs, ok?” Now they had the freedom of speech that allowed them to say that stuff at games, or to me. Doesn’t mean they should have been saying that stuff.

Mike Matheny, the manager of the St. Louis Cardinals, wrote a book for players, coaches, and parents called The Matheny Manifesto.  It teaches that even though you can yell, blame, complain, and be obnoxious, you don’t do these things. Instead, by not doing them, you teach your kids good sportsmanship. The idea is: “Yes, I Can, but, No, I Won’t.” I wish I could have handed that book out when I was coaching. If that had worked, I might still be coaching. I’ll tell you, the last two teams I coached didn’t lose a game. But it was so stressful that I gave it up.

The apostle Paul is telling us that principle (“Yes, I Can, but No, I Won’t”) in this Bible passage today that starts with: “Now concerning food offered to idols . . .” (v 1). I know these verses sound strange. Food sacrificed to idols. Not eating meat. What’s this all about?

Back in Corinth, you would find all sorts of temples and shrines to various idols and false gods. What would happen is that sacrifices of animals would be made and the meat of those animals would be split three ways. First, some would be left at the altar for the false god. Second, some would be eaten by people who worshiped there, often in special meals or celebrations, like a birthday, anniversary, or family event. Third, the rest would be taken to the marketplace and sold. In fact, most people, if they were going to eat any meat, would most likely have eaten meat that had been sacrificed to an idol before it reached the grocery store.

Now, some of the members of that Corinthian congregation were a bit too puffed up in their own knowledge. They said, “We know those are false gods. We know the idols are just wood or gold or stone. We know there’s just one true God. We know this food isn’t going to get us any closer to Jesus or push us further away. It’s just plain food because those idols don’t really exist anyway. We can go ahead and eat at these temple meals.”

Paul steps into the situation. He isn’t talking about things that are definitely wrong here, like worship of idols, adultery, stealing, abusive anger, using profanity, getting drunk, or other things that are forbidden. No, he’s talking about this gray area of whether they could eat this meat or not. Could you eat it in the privacy of your homes? Could you eat it when other people were around?

Paul says, “Yes, you can eat this meat, at least in the privacy of your home, since you know the idol is a fake, and you don’t at all mean to worship it.” And later on, in ch 10, he comes back and says, “No, you can’t be a part of those temple meals, even if it is mostly a social gathering. That meal is participating with the demons that may be present there. That meal gives the wrong public witness to those who are struggling to stay faithful to Jesus.”

But what about when you’re with other people at your home or eating at church as a congregation? Can you eat the meat that had been sacrificed to idols then? Well, here the principle we started with comes into play, “Yes, I can, but, no, I won’t because it might hurt someone I’m with.” See, they might think to eat the meat that was sacrificed to idols means it’s okay to worship the idol too. Out of love for the brother or sister who could stumble, even though you could, you don’t.

Paul ends up with, “Yes, I can because it’s not forbidden or commanded one way or the other. I have this freedom in Christ to do it. The food isn’t going to make a difference one way or the other in my relationship with Jesus. But sometimes I won’t eat the meat for the sake of my brother or sister in Christ.”

Now, how could you apply this today, since we don’t have the same problem of meat sacrificed to idols? Well, how about this topic: drinking. Is it okay to have a glass of wine? Yes. It is. There are congregations that would disagree with us on that, but the Bible never says alcohol is a sin. Now, we’re not talking about getting drunk. The Bible says that’s wrong. But you can have something to drink.

But let’s take it to where the apostle Paul comes into play. Did you know that in the United States today, one out of six Americans are problem drinkers or alcoholics? Of course, this drinking problem extends into families and relationships with friends and co-workers. I read about a young lady who is a recovering alcoholic at the age of 27. She said it is incredibly difficult to be sober in our society. Walk into any grocery store (outside of Oklahoma) and what do you see? A huge section for alcohol. Walk into a convenience store or a gas station? Same thing. Most of our adult celebrations—birthdays, anniversaries, holidays—involve alcohol. Our sporting events, including tailgate parties, are heavily focused on drinking. Or someone will put up on Facebook a picture of a drink with a comment about de-stressing after a long day at work. Alcohol seems to be everywhere in our society. She said that as an alcoholic when cravings come upon her to drink, she needs the strength and encouragement of someone else during those times. Sometimes she needs those in the church to say, “No, I won’t drink in front of you even though I can.”

How does this play out for those of us in church? Can you take a drink? Yes. But, if you are at a gathering where you know somebody has troubles with alcohol, it might be the time to say: “No, I’m not going to drink. I’ll have water or a root beer or whatever instead.” You say no because you don’t want to hurt someone by somehow encouraging that person to take a drink, which would lead to a fall back into problem drinking.

That’s how it works. I know I can, but for the sake of someone else, my brother or sister in Christ, this time I won’t.

Some people have trouble with spending money. They can’t keep their credit cards in their pockets, and they are in debt (average credit card debt is over $6K). If you have an opportunity to go out with that person and know the difficulty they have with finances, then the invitation should not be to go shopping but to do something else. Could you go shopping? Yes. But for the sake of someone who could stumble into some sin, you don’t.

If you go out to eat with someone who is dieting, are you going to suggest, “Hey, let’s split a double chocolate suicide!” Could you pig out on chocolate in that situation? Yes, you can, but for the sake of a brother or sister in Christ, you won’t.

As I mentioned at the beginning of this sermon, when I was coaching, I heard a lot of “stuff” from the parents sitting behind me. Do you think we’ve exercised our freedom to do something but hurt a brother or sister in the process? Of course, we have. Sometimes we’ve done that without knowing it. I’m sure we’ve hurt someone because we weren’t even thinking about what we were doing. Maybe we didn’t even care if someone was struggling. How many times have we thought, “I can do it, so I’m going to do it”?

Even for those times, though, Paul has some good news in this passage. Remember his words: Jesus died (and rose again) for our brother or sister in the Church. He has died (and has risen again) for you and me as well. Now Jesus could have opted out. He could have used His freedom to say, “I’ll just stay in heaven and not worry about the people who need forgiveness.” He could have done that. But He didn’t. He did what we needed so we would become His brothers and sisters in His Church.

He goes through the agony, the beatings, the bloodshed to become the once for all, onetime sacrifice for all of us. No sacrifices needed at any shrine. No meat needs to be offered up to Him. No other false gods or idols allowed. We have only one Savior, one Lord, and His name is Jesus. By His sacrifice, He forgives us.

Even more, in the freedom He now gives us, when it comes to those things He doesn’t forbid us or command us, He wants us to serve one another. We are not to assert our rights, but in love do what we can to keep our brother or sister in Christ from stumbling into some sin. As Jesus has sacrificed Himself for us, He wants us to sacrifice our rights for others.
Or here is another way of putting this: Because of Jesus, we can do this; but because of Jesus and our love for our brother or sister in Christ, this time we won’t.