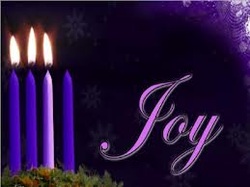 Past, present, future. Nostalgia, resignation, and fear. That pretty much sums up how people tend to view their lives. How often, in talking about the past, do we hear people long for “the good old days” or say that “they don’t make things the way they used to.” When it comes to the present, there’s often a general feeling of resignation. As we look at the world around us and our own situation, many respond with the well-worn, fatalistic, and grammatically silly cliché, “It is what it is.” And the future? Frankly, most of us don’t want even to think about it. Who knows what’s going to happen in the Middle East? What about North Korea? What kind of world will our kids face as they grow up, as we see the continuing, frightening, moral decay out there?

On this Third Sunday in Advent, known for its emphasis on rejoicing (Some traditions have the four Sundays of Advent as Hope, Peace, Joy, and Love), our sermon text for this morning tells us of the work and witness of John the Baptist. Two thousand years ago, God’s people longed for the glory of their past under rulers like David and Solomon. They hated their situation of being conquered and ruled by the Romans, and they were concerned about their future if things didn’t change. In that setting, John Brings God’s Message of Better Things to Come.

A lot of people out there think that the biggest problem folks have is that they don’t have enough money or stuff. If that were the case, God would’ve sent a Savior to run for public office. But “a car in every driveway and a chicken in every pot,” as one politician (Herbert Hoover) once said, is not going to resolve our most basic need: being made right with God.

Since the fall into sin by the disobedience of Adam and Eve, our relationship with God has been broken. Instead of carrying the holy image of God, our human nature is sinful and our hearts naturally bring out sin and corruption. Jesus said, “what comes out of the mouth proceeds from the heart, and this defiles a person. For out of the heart come evil thoughts, murder, adultery, sexual immorality, theft, false witness, slander” (Mt 15:18–19).

We don’t have to look far to see how this has had a growing impact on the downward spiral of things in our world. Suffice it to say that a quick look at the internet or TV will confirm the effect of sin in our world. Even when people want to be at their best, even in this current season when we hear so much talk about peace and goodwill, the consequences of sin in our lives are obvious and everywhere. Have you noticed that stabbings, shootings, and terrorist bombings are going down here in December? Me either.

And it isn’t just the evidence of sin that is “out there” that is affecting us. We also know the effects of sin, personally. Sin and its results may be seen when you get sick, when you are lonely, in broken relationships, in suffering, or some kind of personal loss. We all experience these things. They may be the result of our own sin, or the sin of others, or simply the result of living in a sinful world. Whether we look at the past, present, or future, if God and Jesus and the truth aren’t in the picture, there isn’t much for which to rejoice. It was that way two thousand years ago, and it’s true also today.

People then ask, “Why doesn’t God do something about this?” He has. Our sermon text begins with the words, “There was a man sent from God, whose name was John” (v 6). With those words, it would certainly seem that God has done something. In our sermon text, we are told that God sent John the Baptist. So we start today with where we were last week. John was sent with divine authority on a divine mission. He was literally on “a mission from God.” As you read through the Old Testament, you will see the record of God at work to do something about our sins. He promised to Adam and Eve and to future generations to send a Savior to fix our sins and to rescue us from the power of sin, death, and Satan.

John was sent to announce that Messiah. John came to “bear witness about the light.” His message was clear: “Repent, for the kingdom of heaven is at hand” (Mt 3:2). He baptized people in the Jordan River and it was a Baptism for repentance. You don’t need the Savior Jesus if you think you don’t sin, right?

Unlike some preachers today, especially some of those that are on TV, everything John did and said was not about him. His message was not to draw attention to himself, but to Jesus. Later on, referring to Jesus, John the Baptist said to his own disciples, “He must increase, but I must decrease” (Jn 3:30). In our text, he tells those who are questioning him, “I am the voice of one crying out in the wilderness, ‘Make straight the way of the Lord’” (v 23). John was sent by God on a mission to point to and remind God’s people of the better things to come.

John didn’t just talk about the better future. He acted on it. He actually did that one verse following our sermon text. He pointed to Jesus and identified Him as “the Lamb of God, who takes away the sin of the world” (v 29).

God sent John the Baptist. And God sent Jesus, “to take away the sins of the world.” However, in the Gospels, we read of resistance and opposition to Jesus because he didn’t meet the mistaken expectations of people. Those who were politically minded wanted a revolutionary leader to overthrow the Romans. Instead, he told them, “My kingdom is not of this world” (Jn 18:36). Many of those who had witnessed the miraculous feeding of the five thousand and the four thousand wanted him as their “bread king.” Instead, he tells them, “I am the bread of life; whoever comes to me shall not hunger, and whoever believes in me shall never thirst” (Jn 6:35).

Even in our day, people have mistaken expectations regarding Jesus. Some see Jesus as a good teacher. Some see Jesus as someone who speaks for a better society, like Gandhi or Martin Luther King Jr. Some see Him as a twenty-first-century “bread king” who wants everyone to have worldly wealth and that this wealth is available for the asking. Some pastors actually teach the nonsense that if you pray enough, believe enough, give the pastor enough, God will make you a millionaire. Some people see Jesus as completely irrelevant and want nothing to do with Him. None of these ideas addresses the real problem, though: without Jesus, we are lost and going to hell. Then again, our sins are forgiven and we are right with God because the Lamb of God, His own Son, took our sins to the cross. And He rose again. And we are dead no more. And THAT is our future.

How would you summarize your life today? Are you stuck in the philosophy of “it is what it is”? Have you lost the wonder of forgiveness, life, and salvation—the better things we have in our crucified and risen Savior? Have you forgotten those wonderful promises that, through Jesus Christ, God causes “all things [to] work together for good, for those who are called according to his purpose” (Rom 8:28)? Do you look to the future with fear in your heart because of the uncertainties of the future? Do you dread that time when your earthly life will come to an end and you will stand face-to-face before a holy and righteous God?

Permit me to share better things. If you are haunted and bothered by sin, guilt, and shame, “There is therefore now no condemnation for those who are in Christ Jesus” (Rom 8:1). If you are facing uncertain times, illness, or huge Christmas credit card bills, God promises “I will never leave you nor forsake you” (Heb 13:5). In Christ, we have a genuine reason to rejoice always and look forward to the future.
John the Baptist, as the pointer to Jesus guy, proclaimed a message of repentance and urged the people to prepare for the imminent coming of the promised Savior. No matter what people were going through or what they had to endure, there was a sense that better things were to come because the promise of the Messiah was about to be fulfilled. So it is with us today as Jesus comes to us in Word and Sacrament, and as we eagerly await His second coming.

Today, as we rejoice at what God has done and at the better things to come, my prayer for you is taken from this morning’s Epistle: “Now may the God of peace himself sanctify you completely, and may your whole spirit and soul and body be kept blameless at the coming of our Lord Jesus Christ. He who calls you is faithful; he will surely do it” (1 Thess 5:23–24). We all have something better to look forward to.