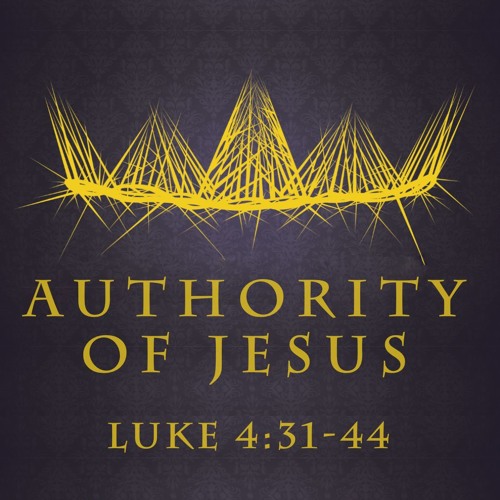 I do not know if you are going through this but at my home, there have been times when my kids were told to do something, and they wondered if they had to do what they are told. It is a question of authority. I have had a child ask me why he had to do what I told him to do, and I told him God put me in charge. We are working on it. Do you ever have to deal with this?

If you are my age or older you will remember that part of the conflict of the 1960s was a clash over authority. The men of the World War II generation had been taught that authority was to be respected. In the 1960s, they were raising children in a decade when young people believed authority figures should be challenged. One of the slogans of the day was “Don’t trust anyone over 30!” (These folks are now in their sixties and seventies.) Teachers, police officers, college administrators, the Church, parents, anyone in authority was suspect. Rather than being honored, they were often disrespected.

Things are no better now. Many run around protesting and yelling at whoever will listen when things don’t go their way. (Remember all the folks with signs that said, “Not My President”) We live at a time when many, many people believe that truth is relative, that truth is different for each individual. Questioning of authority has led many to reject the authority of God’s Word. You know what’s behind this—the devil’s promise that getting rid of authority will give freedom. That’s a lie! Jesus comes to us today in His Word in the middle of our world’s rejection of authority and proclaims Good News to us. It’s the Good News that He does have authority. Jesus is in charge. I will remind you today that it is a good thing that Jesus Speaks to Us with Authority.

The people in Jesus’ time were astonished—shocked!—because He spoke with authority (vv 31–32). The religious leaders in Jesus’ time would not have claimed to have authority on their own. When folks preached back then, the scribes cited a mumbo-jumbo of complicated, conflicting sources from previous rabbis. Their idea of a sermon was to get up and say what the Old Testament said, and then they would quote this Rabbi and that Rabbi and another Rabbi, (these guys would usually be offering different opinions of what the verse quoted meant) and that would be that. No conclusions, no applications, just debate.

As I mentioned before, there is a serious breakdown of authority in today’s world. We live in a time in which truth is thought to be a very personal thing. The idea today (and for a while now) is this: “What is true for you may not be true for me.” Throughout my life, I have argued (and this includes before my ordination) that the only way to heaven is belief in Jesus as Savior, that married couples are to be a man and a woman, that sex should wait until you are married, that drugs (recreational) are bad, okay? (All this stuff is in the Bible). Lots of people out there say, “That may be true for you but not for me.” Except That is Not True. The thing is, there is only one truth, and that is what God says, it is the truth of God’s Word.

Therefore, people in our world are shocked when presented with this news of Jesus’ authority, because they do not want to kneel or yield to the Word or the Will of Almighty God. Many are offended these days when they hear this or are told this. They don’t want it; they don’t see authority as something good. It is presented as being oppressive and taking away freedom.

Life without authority or rejecting authority or fighting authority is often portrayed in our culture as a wonderful thing. Examples are in the way our society presents those who reject authority. We have seen movies where “bad guys” like Bonnie and Clyde and Vito Corleone are presented as heroes. Or Butch Cassidy and the Sundance Kid. Or Tony Soprano. Or Walter White. Madonna, Lady Gaga, Miley Cyrus, and others are lifted up by the media for the ways they are “breaking the rules,” and their success after doing this. You know, like Tom Brady. However, there is no mention of the misery in the lives of those who live without Christ, no mention of the empty marriages, family dysfunction, and loneliness and isolation created by lives that are lived without Jesus and His Word, His authority.

We see examples even in the Church. Some people become upset and will leave a church when it speaks God’s Word against what they want to do. I have had people leave a church I was serving after I preached against gossiping because they liked to gossip, for example. There are folks who think, “Let them have it, preacher! As long as you don’t talk about me!” It is easy for people to see faithfulness to God’s Word as a burden, but it’s not a burden.

Jesus’ speaking with authority is good news. We desperately need authority in our lives. When people see the reality of life without authority, they see their need for it. An example of this is the aftermath of Hurricane Katrina in 2005. The New Orleans Superdome and large parts of the city were left with no authority. The people in these areas desperately pleaded for someone to come in and provide authority and security.

Luke records a day when Jesus was teaching, and the people who heard Him recognized His message came with a unique authority: an authority, unlike anything they had heard before. True, like us they had known some brilliant people, some fast-thinking, shrewd, knowledgeable people. But none of those people could compare with Jesus and the words they heard coming out of His mouth.

This is not the only time such a thing happened. There are other situations when Jesus’ authority was obvious. The man possessed by an unclean spirit welcomed Jesus’ authority over evil (vv 33–36). Peter’s mother-in-law was healed by Jesus’ authority to rebuke her fever (vv 38–39). When He stilled/calmed a storm, His authority was obvious. And when He died, yes, even in dying, His authority could not be hidden. Jesus spoke with authority when He announced from the cross that “It”­­—the work of saving us—“is finished.’’ Remember what Matthew told us about that cynical, jaded Roman centurion? What he said? “… ‘Truly Jesus is the Son of God'” (Matthew 27:54b) And Jesus’ authority over sin, death, and hell was confirmed when He rose from the dead. He has authority, He is God, He has the Power, and with that power, He gives us freedom from guilt and death.

We end with this: A pastor once wrote how he got a ride from someone he knew who had a Corvette. Riding a few inches off the ground, the car was put through its paces. In first gear, the pastor was thrown back into the seat. In second gear it felt like the g-forces had to be like what the astronauts felt during a blastoff. In third gear, they blew by an 18-wheeler like it was standing still.