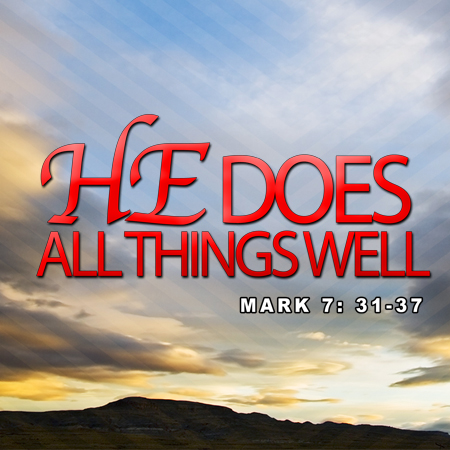 I start today with Twitter. Apparently, Jesus Christ has a Twitter account, but sadly, he has only 665,000 followers. That’s just a drop in the bucket compared to the more than 100 million for Katy Perry. Justin Bieber is at a little over 100 million. Former President Barack Obama comes in with a respectable 100 million, while current President Donald Trump lags behind with only 53 million followers. If you are wondering, I have 16.

When you follow someone such as Taylor Swift or Kim Kardashian on Twitter, you’re able to keep up with their daily activities and their views on a host of topics of varied importance. Social media has given us unprecedented access to the lives and thoughts of politicians and celebrities. For many of these individuals, social media gives a platform through which their voices can be heard. So they seek as much attention as they can get in an effort to get more followers. Apparently, they keep score.

Based on our Gospel for today, it’s safe to assume Jesus would have had no interest in Twitter in His day. Rather than seeking the attention and the praises of the crowds, we find Jesus doing quite the opposite. He takes the deaf and mute man off to the side, away from the crowd, before healing him. Then after the miracle, Jesus tells the witnesses not to tell anyone. This may strike you as a little weird. Why would He perform the miracle in private and tell them not to tell anyone about it? But Jesus isn’t concerned about the adoration of the crowds. He is not here just to be popular. Jesus does not have an ego that needs boosting. He is concerned about the one—the man who cannot hear and cannot speak.

Jesus is so different from the famous people of our day. They all have Twitter accounts, from our current president to every pop star and actor under the sun. They want to be heard and followed, but they also don’t want to be bothered by the paparazzi, and they demand privacy and appeal for boundaries. Do you find it ironic that many celebrities demand their privacy while they post on Instagram that they are out in a store somewhere buying underwear?

Jesus is different. Our Lord is one who sometimes tried to go away to a quiet place. Sometimes when He did that the people had gone ahead of them and got there first. When that happened, Jesus had compassion on them. He showed that same compassion to the deaf and mute man. Jesus is always concerned for the one hurting and needy person.

Another thing we need to be aware of is that Jesus is the same Jesus in private as He is in public. There are not two different personalities for Jesus. We have all heard many, many stories of how people behave one way in public but are much different in private. Publicly, Bill Cosby was seen as a pleasant, intelligent, talented, funny man until we found out about what he did away from the spotlight. Not Jesus. What you see is what you get with Jesus. He is just as concerned for the poor, blind beggar as He is for the daughter of the synagogue ruler. He’s the same Jesus when He’s alone with Peter, James, and John as when He’s with the thousands who ate the loaves and fish. He’s the same Jesus when the soldiers strike Him and when the criminals insult Him. He’s the same Jesus always and forever.

Jesus is also not just concerned for people who lived 2000 years ago. The one who touched the unclean and associated with tax collectors, prostitutes, and even Samaritans is concerned about you and the hurts and pains you have. The one who looked the deaf and mute man in the eyes and touched His fingers to the man’s tongue also comes to you with His mercy and love, to forgive and restore you. He still comes to heal and make us better, and He touches us through Baptism, Communion, and the Word. He’s concerned for the one dealing with addiction and the one who’s been broken by guilt. Through the forgiving word of Absolution, He still frees those who can’t forgive themselves for something in their past. What a comfort this is when we feel forgotten and alone. There are certainly crowds who are amazed by Jesus during His earthly ministry, but this reading from Mark reminds us that His larger concern is for each and every individual person. As C. S. Lewis wrote, “When He died in the Wounded World He died not for men, but for each man. If each man had been the only man made, He would have done no less.” In other words, Jesus didn’t die for every person, but for each person. If you were the only person ever, He would have died and risen again for you.

Let’s end with this…There are people that history tells us were good at a lot of things. Leonardo da Vinci (1452–1519) is a prime example. He was a painter, sculptor, scientist, architect, philosopher, engineer, and more. Michelangelo Buonarroti (1475–1564) excelled as an architect, painter, sculptor, poet and writer. Thomas Jefferson (1743–1826) was many things, including an architect, author, lawyer, musician, botanist, inventor, philosopher, political theorist, and naturalist.

Have you ever known someone that no matter what they did, they were good at it? They made you mad, right? Sickening. We do envy people with talent like that, right?
Well, we are reminded that Jesus does all things well. From the time it was said, “Let there be light,” and it was good, until today; everything that God has done, everything that the Son of God, Jesus has done, has been done well. And when it comes to saving us and loving us, well, He does that well.

May His love, His kindness, and His concern for you bring comfort and peace to you as you deal with the bad stuff, and as you look forward to Jesus’ final good work of bringing us to the Father in the resurrection on the Last Day.

I’m pretty sure He will do that well, really well.