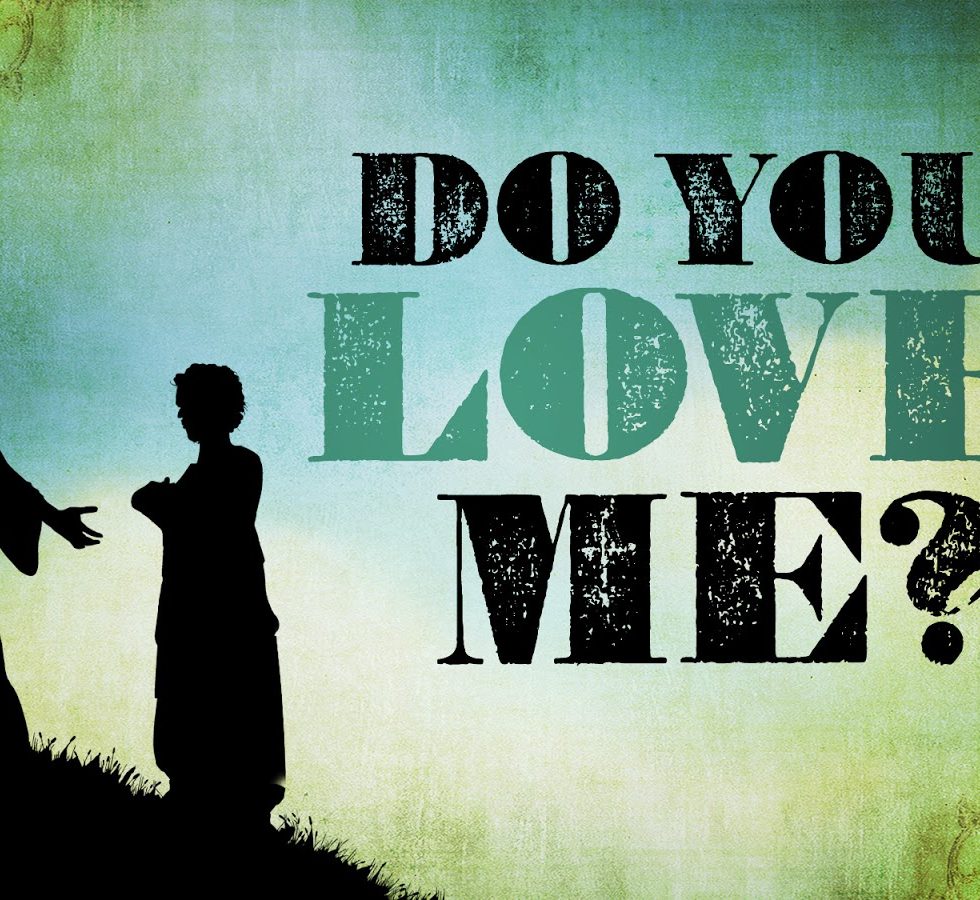 Have you ever blown it? Ever made a poor decision? Ever failed someone? We all have, right? Certainly, if we work outside of the home, have friends at school, if we are married, if we have parents, then we have done this. And when you have, were you ever given a second chance? Again, I think we all have. At least sometimes, right?

Think of the coach of the University of Virginia men’s basketball team. His name is Tony Bennett. Last year they were the only team in NCAA history to lose to a 16th seed. Many thought he should be fired for that. He got a second chance, and a month ago, they won the national championship over Texas Tech.

Jesus is like this, right? Jesus loves those whom He calls so much that even when we blow it big-time, fail Him badly, deny Him flat out, He doesn’t smite us or discard us. Instead, again, He tells us to come to Him. Jesus is the Lord of second chances.

Do you want proof of what I am talking about here? We see God do this all the time in the Bible. Again and again and again, Jesus’ disciples prove to be weak and lousy at what they do. After Jesus’ death, Peter and his colleagues were afraid of the Jews (Jn 20:19). Remember last week, when all the boys were hiding out because they were afraid of what the Jewish leadership might do to them? “If they could do that to Jesus, they could do that to us!”

Then look at how cool Jesus is. He appeared to the disciples and gave Peter and the rest His peace. The first thing Jesus says is “Shalom.” Along with the other apostles, Peter received the Spirit and authority of the risen Lord to forgive and retain sins (Jn 20:19–23). If you remember your catechism, in the Lutheran Church we call this “The Office of the Keys.” Jesus reinstated them, if you will, Easter Sunday night.

Here is another example. At the beginning of our text, we see some of the boys fishing, the thing they do best. And even though it is the thing they do best, they are in need of help. They’ve had a lousy night fishing. Again. They’ve caught nothing (v 3; cf. Lk 5:5). Peter and the gang are trying to go on with their lives. Their failure to catch any fish is a picture of life without Jesus.

We know how that goes. We’ve seen friends and family members going through life without a clue as to what’s really important. They make a lot of money and think they’re happy. They pretend life is satisfying. We know how that will end up. Worse, we ourselves choose jobs, dates, and spouses without considering God’s will. We chase our toys, our good times, our next raise eagerly, but when it comes to God, we hear God’s Word, answer God’s call, with indifference.

But back to our text, we see that the risen Jesus in His mercy appears to the seven, once again (v 4). There’s some unfinished business the Lord needs to take care of here.

We see the risen Lord help Peter and the rest catch fish and more (vv 5–11). After their lousy night of fishing, the disciples do what Jesus tells them to do. And we note that they do not recognize Jesus at first. Jesus blesses them with an abundant catch of fish. Again (cf. Lk 5:6).

With the big catch of fish, now the apostles realize it is Jesus. It is the Lord! Back again! What joy it must have been for them to see Jesus again, and know what a privilege it was for them to see Him AGAIN after His resurrection.

Then there are the last verses of the text. This is important. Jesus, in these first three resurrection appearances, has let the apostles know that they have been forgiven for running away from Him, abandoning Him in the garden and on the cross. Jesus, by His actions, has told the boys they are back in His good graces. But Jesus and Peter still have some unfinished business.

Remember Peter? Think before he speaks, brash, “I am the Rock and I walked on water, so now I am full of myself” Peter? Peter showed us that he was a disciple who was weak and afraid. Three times, Peter had denied the Lord on Maundy Thursday night at Caiaphas’ house. (Jn 18:15–18, 25–27). This still bothered him. It had to. And think of this from Peter’s perspective. On Maundy Thursday Night he basically said,

“God send me to hell if I have ever known Jesus!” We can see how Peter would still be feeling guilty days after Easter Sunday. Now remembering that it was a three times denial, Jesus gives Peter the opportunity to confess his love for Him three times, fixing Peter’s earlier three-time denial of Jesus.

I also think this was absolution. Jesus didn’t use those words, but I believe that Jesus here was communicating to Peter that he was forgiven three times for his denying three times. Jesus personally renews Peter in His call to follow Him and shepherd His flock.

We close with this: Lutheran Hour Devotions told us the story, a few years back, about an 82-year-old lady from Hildesheim, Germany, who had lost something: not a set of keys, not a TV remote…but her car. She lost her car, an Audi. Well, “lost” is really not the right word. Her Audi was stolen. She took her car in to be repaired. After doing the work, the mechanics took it back to her house and parked it in her garage. The next day, after she got her keys and papers from her mailbox, she went to the garage to collect her car and do some errands. To her shock, the car was gone. She reported it stolen and that was that.

Two years later, a neighbor went to clean up his garage — a garage that he never used. Sure enough, there, under about “a centimeter-deep coating of dust” was the lady’s Audi. According to the Associated Press story, “It didn’t take police long to piece together that the mechanics had parked it in the wrong garage.” The lady was very happy.

There is always rejoicing when something lost is found. Rejoicing — that’s what Jesus says happens in heaven when a sinner repents. And so it should. Anytime the Savior’s forgiveness becomes a reality to a sinful, human heart, is a time of gladness. Anytime a soul is moved from hell to heaven, from damnation to salvation, it is a blessed thing — a blessed thing made possible by Jesus’ death on the cross and by His resurrection.

This is why I encourage you: “Today, make some angels happy; be a sinner who repents.” Turn away from your sins, by the help of the Holy Spirit. Seek the Grace of Jesus. Jesus is the Lord of Second Chances. And Third. And Fourth. And know His forgiveness again, and again, and again.