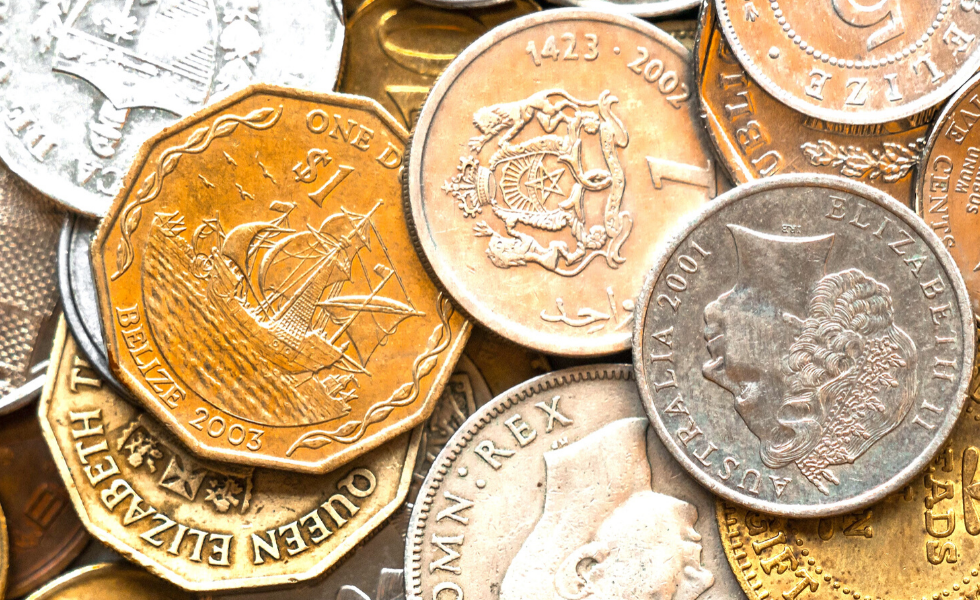 I ran across this on the internet. I read about a kid named Jake Olson. Shortly after Jake was born, it was discovered that he had cancer in one eye. The doctors did everything they could to save the eye, but they finally recommended removing it, hoping cancer would not spread to the other one.

As a senior in high school, Jake wrote a book entitled, Open Your Eyes: 10 Uncommon Lessons to Discover a Happier Life. In his book, Jake talks about his years as a high school student. Throughout high school, he got straight-A’s, played on the football team as a long snapper (He played for USC), enjoyed golf, skiing, surfing, and playing the guitar. In fact, his golf score was often around 80. He learned to read the contours of the green with his feet as he prepared to putt.
In the book, as Jake tells the story of what’s happened in his life to that point, he says he’s come to believe that maybe sometimes God uses certain setbacks in our lives to create setups for what He’s going to do with us next. That’s some pretty good insight from a cancer survivor who, at the time, hadn’t yet graduated high school, don’t you think?
When the Pharisees and Herodians came to Jesus in today’s Gospel (Mt 22:15–22), they were hoping it would be a setback to Jesus’ ministry. But the setback they tried to create became a setup for Jesus to advance His message. What started out as a setback became a setup for Jesus.

Today’s Gospel takes place right after Jesus’ triumphal entry into Jerusalem. You know, Palm Sunday. There He was hailed and revered. But now: As the Pharisees and Herodians questioned Jesus, they tried to set Him up for a setback. Throughout Jesus’ ministry, there were attempts to discredit Him, make Him look bad. You know, like when a president puts forward a Supreme Court Nominee. For Jesus, there were things that happened to Him that people tried to use against Him:
1. Jesus was accused of healing on the Sabbath day, resulting in the Pharisees plotting with the Herodians to kill Him (Mark 3). (Their rules said you can only provide medical attention on the sabbath if it was life/death.)
2. Jesus’ message was rejected in Nazareth, and the residents of that town, Jesus’ old friends and neighbors, attempted to throw Him off a cliff (Luke 4).
3. The Pharisees and teachers of the law believed Jesus was speaking blasphemy when He forgave sins (Luke 5). The rabbis taught then that only God could forgive sins, so when Jesus said to the paralyzed guy who was lowered through the roof, “Your sins are forgiven,” the Jewish leaders lost it.
4. The Jews attempted to stone Jesus for speaking blasphemy, because Jesus said He is the Son of God. (Not blasphemy if it is true.) (John 10).
5. When He healed a blind man, the Pharisees concluded Jesus was the prince of demons, driving out demons (Matthew 12). (House divided against itself…)
6. After being in conflict with Jesus for three years, the Jews plotted, schemed, planned, maneuvered, conspired and connived to have Jesus killed (John 11).

They tried so hard to do this that two groups that normally hated each other, the Pharisees and Herodians, joined forces to try to catch Jesus saying something that they could use to discredit Him/make Him look bad. Their motive was to trap Jesus. Everything they were doing was an attempt to set Him up for a setback.

Now what they had cooked up here was to ask Jesus a question, a perfectly worded question, that whatever answer He gave could be used against Him. They were trying to put Jesus in a “No Win “ scenario (like the Kobayashi Maru).The Pharisees sent their “disciples” to disguise their plans. They spoke words of phony flattery. And then they asked Jesus if it was right to pay taxes to Rome. Most Jews hated paying Roman taxes. The Pharisees were very much “Anti-Rome,” and hated paying taxes. It reminded them that they were not a free people. They may have been God’s chosen people, but they were bound to a pagan ruler.

So the scheme was this: If Jesus agreed that it was legal to pay taxes to Caesar, He would be discredited for not being the saving Messiah people expected. They expected the Messiah to kill the Romans and lead the people to a new, free Israel, like when David was the king.

The other part/side to the scheme was this: To the Herodians, the tax was not was not a bad thing because they appreciated the benefits of Rome’s services. The Herod was put there to rule the Jews by Rome. So if Jesus declared it was wrong to pay taxes to Caesar, He would be discredited by them as being disloyal to Rome. They would report Him as a rebel, leading a revolt against the Caesar.

But what the Pharisees and Herodians planned to be a setback for Jesus became a setup for Him. Jesus pointed out their hypocrisy. He saw right through their false flattery. He pointed out to them the earthly authorities God had established. And Jesus did this when He said, “Render to Caesar the things that are Caesar’s” (v 21b).
But Jesus also knew the bigger—the ultimate—issue, which is the rule and authority God has over spiritual matters. Therefore, Jesus’ instruction is also to “render . . . to God the things that are God’s” (v 21c).

Here, what seemed to be a no win scenario/the greatest setback Jesus’ enemies could throw turned out to be the setup. This text happened in Holy Week. The cross was just a few days after our text. While the Jewish leaders failed to “get” Jesus that day, on Friday they thought they had. Seeing Jesus nailed on a cross seemed to be the final setback, complete defeat.

But it wasn’t. And you know it wasn’t. In fact, it was the very way God was setting us free from death . . . and Easter proved that.

Now our worst setbacks, both in life and at death, set us up to be blessed by God and His receive His love. Maybe you can point to things in your lives that stunk at the time, but you know now that it helped you, made you stronger, smarter. Right? (Give examples.) The Pharisees’ and Herodians’ question may have been asked with evil motives, but it was actually a perfect setup for Jesus not only to announce God’s authority but also to point to Jesus being the real, true Messiah.

In this text, we see the culmination of Jesus’ enemies, the culmination of their plans to “get” Jesus. As I listed before, and in other places in the Gospel narrative, Jesus’ enemies tried over and over again to “get” Him, to discredit Him, to show the world He is not who He says He is. And they failed every time. Because Jesus was not going to fail us in His plan to save us from our sins. Jesus did die on the cross and rise for us.

And in our lives, sometimes a setback is a setup that God uses to show us, and remind us, how much He loves us. Something to remember, especially in 2020.