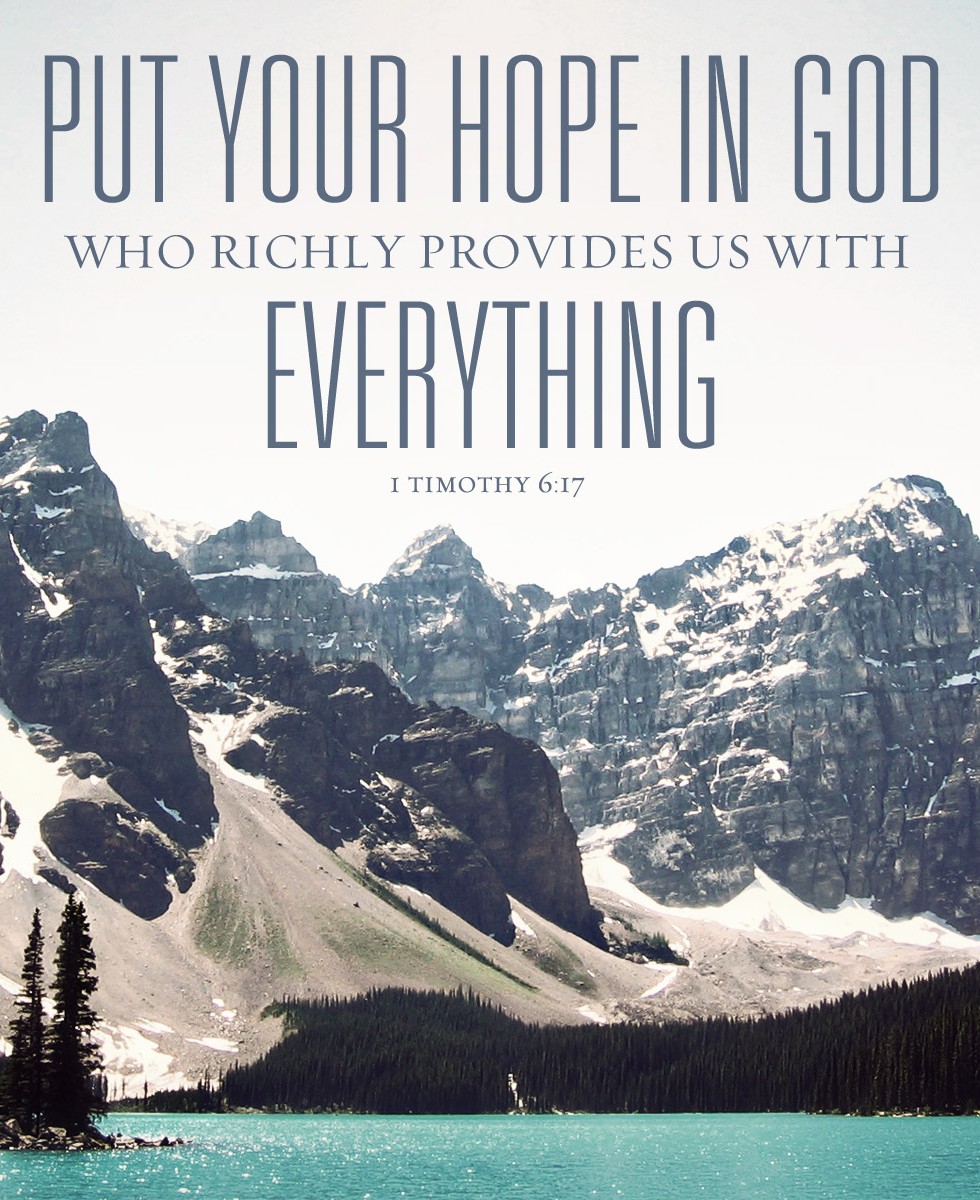 When it comes to my sports teams, I am not what you would call an optimistic, hopeful person. Erica often finds it frustrating that I will be watching a Packer game, and I will often make the comment if the Packers are leading that they will find a way to lose. I say things like that because in following the Packers for 50 years, they have often found a way to lose. Like in Seattle last January. Now to be honest with you, I actually thought my Badgers were going to be beat Duke. I was optimistic. I had hope. But that was a mistake on my part. We have all been through this, yes? Getting our hopes up when hope is not warranted is not fun.

Isaiah’s leaping, bouncing hyperbole seems dangerous, doesn’t it? We may think He is trying to lift our hopes too high. His language is so vivid and concrete, that he almost makes us think he isn’t using figures of speech. But we experienced men and women of the world know better than that. We know that if this Word is to speak to us, we must limit this image of a leaping lame man as soon as we hear of him, right? “The lame man leaps like a deer,” the prophet says. And so we think, “This means gladness of heart.” Then again, there is the lame man in Acts 3:11–16. If Isaiah were on trial here for falsely getting our hopes up, he would be pointing silently at this man. Because he proves Isaiah was NOT exaggerating.

We first meet him a few verses before our Reading for today. He is begging at what was called the Beautiful Gate of the temple in Jerusalem, just as he’d done day after day. As two men approached, he lowered his eyes and raised up his beggar’s hands as he had always done, hoping for some pocket change. But Jesus Christ’s apostles gave him much more than he’d ever hoped for. Peter and John had no silver or gold to give, but what they had they gave as proper servants of a mighty, gracious God. “In the name of Jesus Christ of Nazareth, rise up and walk!” (3:6). The Word of God went out in power; the lame man got up. And you need to know this: he does not just get up the way we sometimes drag ourselves out of bed in the morning. He leaps to his feet. And he doesn’t stop leaping. He leaps and shouts for joy into the very inner courts. The text says, “And leaping up he stood and began to walk, and entered the temple with them, walking and leaping and praising God” (3:8). In the place of the presence of God, he is literally leaping, jumping up and down for joy.

It should be no surprise that a crowd gathered around after evening prayer. The crowds have gathered around the apostles and around this familiar-faced leaper, and their jaws are on the ground.
They want to know how this has happened. And then comes the bad news. This happened through the powerful name of Jesus, who recently came and preached to them, who fulfilled the Scriptures, and whom they had recently killed. This lame man stands before them as a living accusation. Peter puts it this way:

That was an unexpected and heavy word for crowds who had gathered together to marvel at what they thought was a magic trick.

The fact is we are prone to take Isaiah with a grain of salt. We read some great promise of God or some great thing He did or He promised, and we think it is too good to be true. We diminish the great promises Jesus Christ has won for us by His cross and empty tomb.

The apostle Paul opens his Epistle to the Romans by declaring that he is not ashamed of the Gospel (Rom 1:16), though it speaks of bodily resurrection of the dead and the restoration of the whole created order. A big hope indeed! Paul’s hope was high, and large, and he didn’t diminish it or play it down. Why? Because Paul had already seen a dead man, Jesus Christ, resurrected. Paul’s faith was in the God of Abraham, Isaac, and Jacob—the God of the living, the God who had sworn by Himself to reverse the curse of sin through the offspring of Abraham.

Paul was not ashamed to hold out for a big hope, but we often are. Perhaps this is because we live at a time where there is a thick line between what is possible and what is not. What does not fit in a test tube, or show up in a telescope, or submit to repeatable experiment is on the wrong side of the line when it comes to hope. We are told, “You will only be disappointed.” And how quickly we give up. “Fine. Isaiah’s leaping man is just a joyful heart.” When we put our hopes too low for God, Christ’s words to the Sadducees who do not believe in resurrection are aptly applied now to us, the very people for whom He died and rose: “You are wrong,” Jesus Christ says, “because you know neither the Scriptures nor the power of God” (Mt 22:29).

When an almighty God is in the equation, a line between what is possible and what is not just doesn’t make sense. How easy it’s been to forget that this world of airplanes, and plasma screens, and DVR’s, and so-called Smart Phones has already seen a resurrection. We should remember that rising from the dead was thought to be just as impossible in the Greek and Roman world of Peter and Paul’s day as it is in our own, but the apostles knew it had happened. We tend to think the leaping man Isaiah talked about was just a sermon illustration…an exaggeration. Paul and Peter, on the other hand, would have bought him a trampoline.

Peter goes on to announce to the temple crowds that despite the ultimate sin—the ultimate rejection of the things of God, killing the Savior—Israel is not without her Messiah. The Lord is risen! The leaping man is not merely a sign that the people killed Christ. He is also a powerful declaration that Jesus Christ has been raised in power. “Repent therefore, and turn back, that your sins may be blotted out, that times of refreshing may come from the presence of the Lord” (vv 19–20a).

And, thanks be to God, the leaping man also points to God’s Gospel for us. The leaping man is a powerful testimony to the fact that big, biblical hope is both justified and offered freely to every needy hand turned Jesus Christ’s way—even the hands that once refused it. The leaping man is literally leaping because Christ has literally been raised from the dead and is literally in the business of restoring all things. Best of all, the Messiah whom, Peter refers to is the same Messiah who took to the cross our refusal to love, trust, and obey God above all things. And that refusal, at bottom, is what our hope problem really comes down to.

Brothers and sisters in Christ, not only is a big, bodily, biblical hope defensible, but it is also still for you. Here we were, walking into the sanctuary this morning as spiritual beggars, ready to receive some paltry words of worldly wisdom or maybe a few nuggets about how to be nice and about heaven when we die. And God’s Word has poured out a hope that is bigger and better than anything we can imagine.

Therefore, you of little hope, lift up your eyes! The Lord is risen! And remember the lesson of the leaping man: There Is Something Worse Than Setting Our Hopes Too High: And That Is Living Our Lives without Hoping in Jesus Christ Nearly High Enough! Praise be to God, who both offers, and gives, and has done, more for us than we can ever imagine!