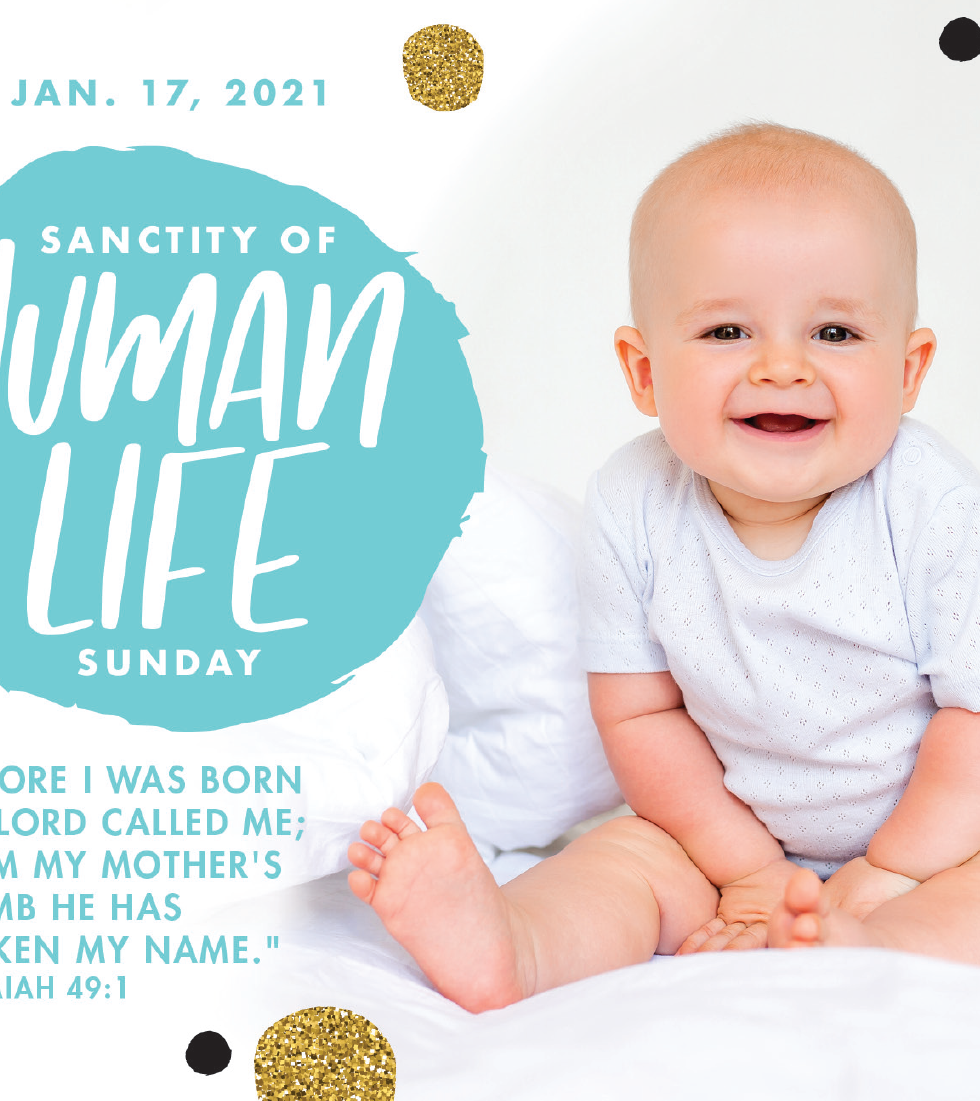 God gives us a lot of blessings. One of the greatest blessings God has given to each of us is the body. What a wonder it is! With our five amazing senses, we connect with the world around us. We see the blue sky, the green hills and the lean bacon at the store in full color. We hear the sounds of birds singing, streams flowing, music playing, and bacon sizzling. We smell the aroma of the pie baking in the oven, or the bacon frying, and then we taste that flavor! Our sense of touch makes us happy when we pet the soft fur of a puppy, kitty or a bacon! (ok, that doesn’t really work for that one.)

Yes, thank God for the gift of your body! But, as with all blessings from God, there can be trouble. We human beings, sinful as we are, often misuse God’s gifts. We take them for granted. We think that we are the owner and can do with this (body) what we please. God’s Word Calls Us Back to the Truth That Our Bodies Really Belong to Him, and I am Here to Remind You That This, Too, is a Blessing.

I read in my research of this sermon that the verses we have before us were spoken by a father to his sixteen-year-old son one evening. As we’ve heard already, this text is pretty direct about some sensitive matters. That sixteen-year-old, now a grown man, tells us his story:

“I was in my bedroom, which was located in the basement of our house. I heard my father come home about 9:30. He called to me from the top of the stairs, “Hey, Son, come here!” “What is it, Dad?” I answered, standing at the bottom of the stairs. And then he gave me the message of 1 Corinthians 6 in essence: “Did you know that your body is the temple of the Holy Spirit? God himself dwells in you! He wants you to remain pure in body! Wait for marriage!” I was too stunned to respond with anything more than a weak, “Okay.” “Hmm,” I thought. “He must have been at a church meeting!” But those were just the words that I needed to hear that night and at that age. I have been thankful for his voice of truth all these years!”

We all need a voice of truth in this world because we’ve been hearing a lot of lies! “It’s my body, and I’ll do what I want with it!” “If it feels good, do it!” “I am the captain of my ship (my body) and the master of my fate.” We’ve all heard these slogans, these declarations of human independence and freedom. “No one has the right to tell me what I can or can’t do with my body!” says the woman who decides to deal with an unplanned “inconvenience” by planning an abortion. And so it goes, on and on. The voices of this world tell us that it’s our body and we have the power to use it any way we want. These voices/statements/people are wrong.

Today in God’s Word, on a Sunday where we observe Life Sunday, we hear a different voice. It’s not simply the voice of Paul, but the voice of God the Holy Spirit who inspired the apostle to write these words of truth for us. This word of truth was originally given to the Christians of the Church in Corinth because they’d been told lies by the world around them. Essentially, they were being told that the body is not that important, and they could do whatever they wanted with it. The world around them said that the body is only a shell for the soul or spirit. Soon, the body would be unnecessary. When death would come, the body would be gone, and the soul would live on in heaven. Since the real person is “found” in the soul or spirit and not the body, it didn’t matter what you did with your body. So while you have your body in this life, it’s yours, and you can do what you want with it. (This teaching is called Gnosticism.) The Corinthians were told the lie that it was okay to indulge in the pleasure of their choice: gluttony, drunkenness, sexual immorality, all of them, whatever they wanted. They believed the lie that while a body was satisfying its desires, the soul was untouched and was right with the Lord!

The Corinthians had their slogans, too. (I shared some from our culture one page ago…) In verse 12, Paul quotes one of these slogans: “All things are lawful for me.” The Corinthians misunderstood the freedom they had as Christians. Yes, they were free from the burden of the Law to save themselves, but they took their freedom too far. Paul responded to this by telling them: (You say) All things are lawful “but not all things are helpful.” Paul quotes another of their slogans in verse 13 that illustrated their desire for a certain kind of indulgence: “Food is meant for the stomach and the stomach for food.” Paul calls them to sober thinking by responding, “And God will destroy both one and the other” (v 13).

But the most serious indulgence that Paul was addressing in this text was sexual immorality. He wanted the Corinthians to understand that the body did matter and that these kinds of sins had a serious, harmful effect on their bodies, on marriage, on their relationship with others and with the Lord. Paul had his work cut out for him because these Christians were living in a society that had legalized prostitution and considered it an acceptable practice.

It’s not much different today, is it? The lies are still here. People believe they own their bodies and are free to use them as they please. The sacred, God-given bonds of marriage are cheapened in a culture that believes, “It’s okay as long as it’s between two consenting adults,” and “It’s not healthy to deny your natural appetites,” and “The heart wants what the heart wants.” A few days from now is the forty-eighth anniversary of the Supreme Court’s decision on Roe v. Wade, which legalized abortion. This decision has had a devastating impact on millions and millions of tiny, helpless bodies. I saw an article a couple of weeks ago that pointed out that 1.8 million people were killed last year by COVID-19, and 42 million were killed worldwide by abortion. It would take 23 years for COVID to kill as many people as abortion did in 2020 alone (Western Journal Online, 1/3/2021). While this is sadly true, it isn’t right! May God help us hold His gift of the body and all bodies as precious and of infinite worth!

Paul redirects the conversation by putting a spin on one of the Corinthians’ slogans. He says, “The body is . . . for the Lord, and the Lord for the body” (v 13). (Instead of “Food is meant for the stomach and the stomach for food.”) He directs us to the right use of the body, not for sinful indulgence, but for the Lord. To praise Him. To point to Him. To lead people to Him. He raises the value of the body by declaring the Lord is for the body. Jesus had a body, conceived and born of Mary. He offered His body for us that we might have new life. He let His body be nailed to the cross to pay for our sins. His body was given into death for our salvation. Paul declares the truth that, as God raised Jesus’ body from the dead, He will raise our bodies as well! Our bodies have value in God’s sight! They certainly are not discarded after death! We confess every Sunday we believe in the resurrection of the body, not just Jesus, but OURS. We confess and believe in a bodily resurrection and a physical “new heaven and new earth.”

This is important. We can’t just blow this off. Paul warns the Corinthians to flee the temptation to sexual immorality. We remember Joseph’s example when he resisted the temptations of Potiphar’s wife: “How then can I do this great wickedness and sin against God?” he told her (Gen 39:9). But her temptations persisted, and Joseph finally had to run away/flee! Paul warns us that these sins against the body do great harm. We know the danger of disease, addiction to pornography, and the challenges for children without married parents, of broken homes and broken hearts. Our Lord does not want the great gift of our bodies to lead to such results as these.

And in the last verses of our text, Paul tells us the amazing truth that our bodies are temples of the Holy Spirit. God lives/dwells within us! Do we own our bodies? He contradicts this lie that so many still believe today: “You are not your own, for you were bought with a price” (vv 19–20). That price was the blood of Jesus, who died and rose for us. Like everything in life, including our bodies, we are not the owners—God is!

Our bodies were bought at a price. They were purchased for eternal life. They were delivered from death to life. As Luther taught, Christ purchased us and won us, “not with gold or silver, but with His holy, precious blood and with His innocent suffering and death, that I may be His own and live under Him in His kingdom and serve Him in everlasting righteousness, innocence, and blessedness” (Small Catechism, Second Article).

So we thank God today for all the blessings He gives. Like bacon. And especially we thank Him for these things (our bodies), that we can live a life for Him and to His glory.