“Our Hope and Abraham’s”

“Our Hope and Abraham’s” 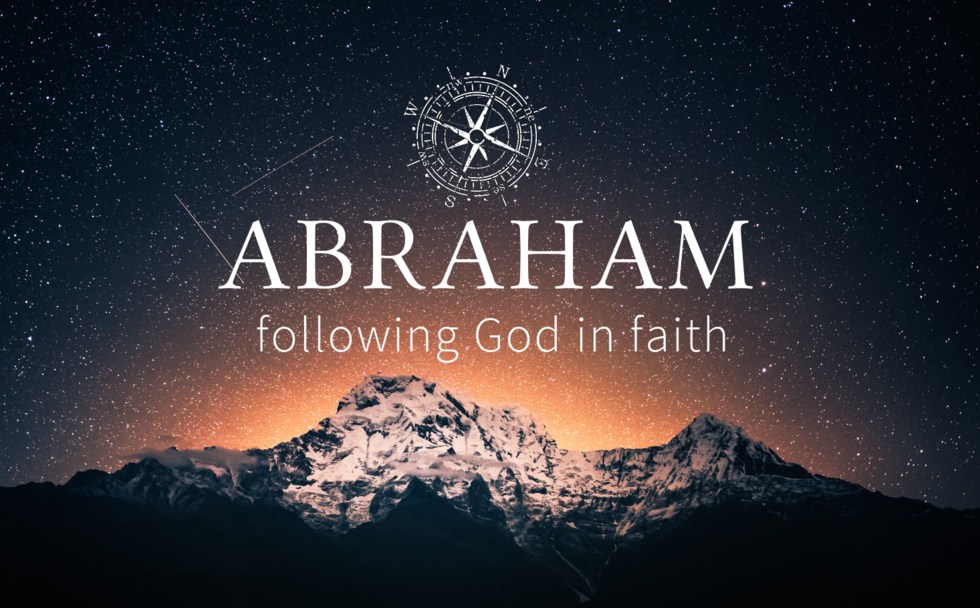 There are times in our lives when we find ourselves with little hope, or looking to hope. We hope the folks we elect this year will do right by us. We hope we will stay healthy this year. (I have no idea why that came to my mind.) I hope I will be able to go running soon. During the Napoleonic wars, British general Arthur Wellesley often found himself using the British troops he commanded to attack Spanish towns and villages held by French troops. Once the artillery had broken a section of the wall, the real dirty work began. The first troops through the hole in the wall were called the “forlorn hope.” Their chances of survival were extremely low. They advanced through the breach in the wall figuring that they would probably be killed.

There’s a big difference between this “forlorn hope,” and real hope. In the hope of Abraham, God tells a different story. He calls Abraham to hope. This is Abraham’s faith. He believed a promise that he would be the father of many nations. And so it is for us. Our Hope and Abraham’s Comes from God’s Promise.

God made some big promises to those guys in Genesis that we call the patriarchs. He told Abraham the he would be given a whole land and descendants as far as the eye could see. God also promised him that from among those descendants would come the Savior, the Messiah, who would save the world from sin and its disastrous effects. All people would be blessed through Him! The problem is that God required Abraham and everyone after him to believe those promises. God decided that when He gave us these promises, they would not come to pass in easy, simple, or obvious ways. In this text, God promised Abraham a homeland of his own and asked him to leave Ur and then Haran to go there. The drawback was that Abraham wasn’t sure where it was exactly, and God did not ever give Abraham the deed to this land He promised to him. He was a wanderer in his own land. Indeed, Abraham only possessed it by the promise, and he owned only a plot in which to be buried with his household at “the cave of the field of Machpelah east of Mamre (that is, Hebron)” (Gen 23:19). The best Abraham could do was burial insurance. Isn’t that great?!

Imagine this, guys, asking your wife to pack up all your stuff and leave her home and family like Abram did Sarai. The conversation would go something like this: “Honey, let’s go to live somewhere else.” “Where are we going?” “Oh, I don’t really know.” “Where will our home be?” “I’m not sure.” “What will our home be like?” “Um, we haven’t got one yet, but God has promised us a cemetery plot. How about that?” Abraham lived to an advanced age (175) and fathered the son of the promise, Isaac, when he was almost a hundred years old. But given what he said to his wife Sarai, it’s a miracle that Abram lived past that conversation.

Still, when God said, “Go,” Abram and Sarai went, with no property deed, no map, and no GPS. God expected Abram to believe not on the basis of what he saw, what he felt, what he did, or any other earthly thing. God had made a promise. That was good enough for God, and therefore it was supposed to be good enough for Abram.

Abraham and Sarah did get frustrated though, because God did not do what He said He was going to do as fast as they wanted. They failed to see how God would fulfill His promises to them, and sometimes in cowardice and unbelief they schemed to help God fulfill His promises their way. You know how that worked out! But despite their impatience, God was not about to go back on His promise to Abraham. He wanted Abraham to trust Him. And we note here this morning that the promises only came true when Abraham and Sarah were convinced there was no way they would happen, when it was too late, too impossible, the human situation too hopeless. Abraham, St. Paul says, “believed against hope, that he should become the father of many nations, as he had been told, ‘So shall your offspring be’ ” (Rom 4:18).On a human level, we can understand the doubts. How could Abraham become father of many nations? He wasn’t the father of one son, let alone many nations. Remember, it wasn’t until he was 100 years old when Isaac was born. He was a man who was landless, except for his burial plot. Abraham had nowhere that was his own. He lived in God’s land only because the pagan locals allowed it. Yet the Word of the Lord in our text was, “In you all the families of the earth shall be blessed” (Gen 12:3). How do those things go together?

Human reason will not support this faith with confidence. Because of what we see and what happens to us we can lose our hope and forget God’s goodness and blessing. We see sin and weakness. We see broken marriages, broken families, a broken culture and country, and all manner of rebellion against God. We see all the division and the nastiness and the ugliness out there. We see the Church and how its influence in the world is shrinking. We see how the Big/Beautiful people in the world live. They have big houses, cars, and beautiful clothes. They live behind high walls. They appear to be blessed by God. Surely, they’re blessed if they have all these possessions! And they are.

We sometimes look at folks like that and think we are not blessed. We sometimes think we are alone, and God has forgotten us. But that is not true! This is exactly why we must trust in God. All He gave to Abraham was His Word. Not riches, not a land, not a deed to the promised property. And Abraham believed and he hoped.

But you may say, “Ah, that is all well and good for Abraham. We’re not Abraham.” We are not doing the Lifestyles of the Rich and Famous. Brad Pitt, Tom Hanks, Rush Limbaugh, LeBron James, Taylor Swift, these guys aren’t going to come to Sunday dinner if we invite them. Since God is more important than Brad Pitt, the thought may then cross your mind: How can we expect God to commune here at our table with us in this humble, earthly house built by human hands? Yet, like Abraham, our Lord Jesus Christ lived a landless existence. He said He had no place to lay His head. But He is willing to live here among us. He is willing to give Himself to us in the Word and in, with and under bread and wine for us Christians to eat and to drink for the forgiveness of sins. His full authority is granted by the promise just as it was to Abraham.

Paul says, “The words ‘it was counted to [Abraham as righteousness]’ were not written for his sake alone, but for ours also” (Rom 4:23–24). God wanted us to know this same thing, too. God wants us to know that He is willing to come down into our humble homes and this little church. It was written for us, too. God treats us the same as He treated Abraham. Just when reason/logic shows us that all is lost and hopeless, that we are defeated, God our Father comes in Jesus Christ to show us that He cares for us and has opened His heart to us. The one who created us has sent Jesus to take our sins away through His death on the cross and His resurrection from the dead. All this He did for us. This faith believes that we are at the same table with Abraham, Isaac, and Jacob. He is the God of the living not the dead. If that is so, Abraham is also part of our faithful community. Just as Abraham against all hope had faith and went forward not seeing, so we, too, by the power of God can have a faith that trusts God that we are righteous before him, although we never see it.

Lent is a time of hope in the midst of hopelessness. Our heavenly Father sent His Son, our Lord Jesus Christ, as possessing nothing and yet blessing all nations by dying for us. He came not to possess the land but to give Himself to those who are journeying with Him to the cross. With the promised blessings, we are still going on toward our final home. Even though we have no deed for it, we have hope in it, because God has promised, just as He did to Abraham. God promised that the death and resurrection of Jesus was for us, to take away our sins. God promised that by what Jesus did, we have faith, forgiveness, and eternal life. Our hope is Abraham’s hope.