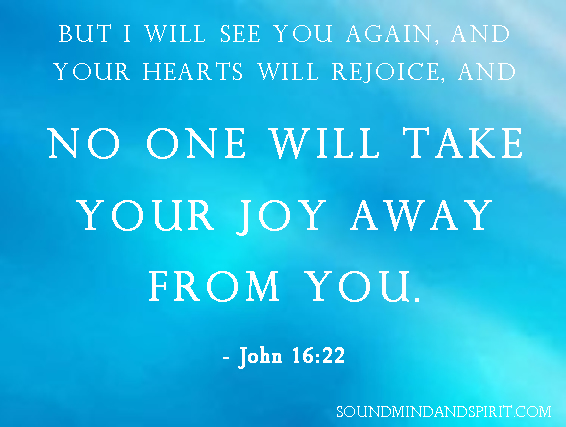 We live in a world that specializes in doublespeak. Doublespeak happens when words are distorted, changed, or switched to make an unpleasant, tricky, or otherwise negative situation sound not so bad. Some examples of doublespeak we hear almost every day: “downsizing” instead of firing people, “reducing costs” instead of cutting salaries, “pre-owned” as opposed to used (and possibly beaten up), “well loved” instead of old and worn out, “revenue enhancement” which means taxes, and “spending cuts” which means instead of increasing government spending by 20%, we are only going to increase it by 19%.

We live in a world that specializes in doublespeak. Doublespeak happens when words are distorted, changed, or switched to make an unpleasant, tricky, or otherwise negative situation sound not so bad. Some examples of doublespeak we hear almost every day: “downsizing” instead of firing people, “reducing costs” instead of cutting salaries, “pre-owned” as opposed to used (and possibly beaten up), “well loved” instead of old and worn out, “revenue enhancement” which means taxes, and “spending cuts” which means instead of increasing government spending by 20%, we are only going to increase it by 19%.

In the Gospel reading today, Jesus and His disciples are on the verge of some very unpleasant events. His earthly ministry is ending. Judas, the betrayer has made his plan and even now is bringing the soldiers to arrest Jesus. The Lord will be charged, tried, and convicted all in a night. By nine o’clock the next morning, He will be hanging on a cross; by 3:00 p.m., He will be dead. Though His disciples will see Him again on Sunday, His return to the Father is also just weeks away. These are unsettling events. However, Jesus Speaks Plainly to His Disciples and to us, so that they, and we, would have peace.

While there are places in the Gospels where Jesus is accused of speaking in riddles, in our Gospel text today, He speaks pretty clearly. Jesus gives plain talk about our problems. But the apostles don’t get it, just like we often don’t get it. Jesus is leaving; He says it plainly (v 28). The apostles counter by saying, “Yeah, sure, Lord, we understand” (vv 29–30). But they don’t. They don’t understand at all. A few hours after Jesus had this conversation with them, the temple guard showed up in Gethsemane and they all ran away. They said they understood what Jesus was teaching, but they really didn’t. In the same way, there are millions of people who will tell you they believe that Jesus died on the cross and rose again for their sins, but then they will also say that If they go to church more, give more tithes, and try to lead a better life, this is what they have to do to be saved. We are not saved by what we do! We are saved by what Jesus did!

Jesus is saying very plainly, very clearly, that like the disciples, we will fail Him. Jesus tells them and us here, “That’s what the cross is all about: my earning forgiveness for every time you let God down.” While the apostles said, “Lord, we’ll never leave you!” (Mk 14:31), Jesus counters with, “Now you believe. Just wait (v 31).” The apostles betrayed Him, denied Him, abandoned Him, just like we do every day. Every time we hide our faith when someone at the Company Keurig is bashing Christians, every time we say a bad word, joke, gossip or anything else like that so that we will “fit in,” every time we blow off church because we think we have something batter to do, we are betraying, denying and abandoning Jesus.

Continuing Jesus’ plain talk, also in this text Jesus tells us plainly: like the disciples, we will have tribulation in this world (vv 32a, 33b). He says, “You will be scattered, troubled, in so many ways.” And we can all agree with Jesus there, right? We have all known times when our families were divided, our health was questionable, our finances less than desirable.

The devil, our sinful self, and the world around us will keep us from being the disciples Jesus calls us to be. We deserve nothing more than for Him to turn His back on us, but He never does. Instead, as our risen Savior, He assures us that we are at peace.

Let’s talk more about that. At the end of the text, Jesus gives plain talk about our peace (v 33). He said, “I have overcome the world. I leave the world not in defeat and death, but in victory.” How did Jesus do that? He told us how in verse 28. Jesus said:
1. “I came from the Father” (1:1–4): Jesus is saying here that He is eternal, that He has always been, that He is God. Jeff Jenkins is going to tell you more about that in 3 weeks.
2. “Into the world” (1:14): What is Jesus referring to here? The incarnation, that God and man were joined in one person, a baby who was born in a stable in Bethlehem about 2020 years ago, a baby who was also the Son of God.
3. “Leaving the world” (3:14–15): Jesus is talking here about His crucifixion. He died for our sins.
4. “Going to the Father” (20:17): Here Jesus is talking about His resurrection and ascension. He is summing up here in this one verse that He is the Son of God, that He was born, lived, died, and rose again so that our sins would be forgiven and the punishment that we deserve would be taken away. And because He did that, He has overcome the world. Because He did that, we have peace. It is as simple as that.

Jesus Christ’s victory is given to us in His Word, in our Baptism, and at His Table, that we might have peace in Him. The sin that separated us from God is forgiven. Our relationship with God that was broken because of our sins, it is now fixed. That is peace.
As a result, we can speak clearly to the Father in Jesus’ name. Remember what Jesus said at the beginning of our text, “Whatever you ask of the Father in my name, He will give it to you” (v 23). Because Jesus fixed our relationship with the Father, because He is at peace with us, God hears our every prayer. When we go to Him in prayer with our family divided, with our health in question, with our finances less than desirable, God is willing, able and eager to answer each prayer of need.

Rest in the peace of these words, our Introit this morning (Ps. 55):
“Cast your burden on the Lord, and he will sustain you;
he will never permit the righteous to be moved.
My heart is in anguish within me;
the terrors of death have fallen upon me.
But I call to God, and the Lord will save me.
Evening and morning and at noon I utter my complaint and moan,
and he hears my voice.
He redeems my soul in safety from the battle that I wage,
for many are arrayed against me.”

And one more time, we should feel at peace because of what Jesus clearly says here, this one is from Martin Luther:
“From these words we gather that we should not be concerned or worried about our own worthiness but should forget about both worthiness and unworthiness and base our prayer on Christ and pray in His name. . . . Christ wants you to pray in His name. You have His command and His promise. But by telling you to pray in His name He also exhorts and begs you. It is as though He were saying: ‘My dear friend, it does not matter in what condition you are. If you cannot pray on your own authority and in your name—as indeed you should not—then please pray in My name. If you are not worthy and holy enough, let Me be holy and worthy enough for you’ ” (AE 24:393).

Now so we are clear, Jesus is not saying if you pray “Give me a million dollars. In Jesus name. Amen,” that you will then get a million dollars. Remember, we also pray “Your will be done.” But Jesus is reminding us that because He has died and risen for us, because He has fixed everything where forgiveness and salvation are concerned, that while we are not worthy to be heard up there, we will be because Jesus is worthy, and He has given that worthiness to us. Clear?

Okay. We live in a time when the media will tell us one thing, and then hide the truth. We talked about the doublespeak. We didn’t even get to the commercials. You know, the car lease commercial that ends with the guy saying real fast at the end, following is based on an 800 year lease and does not include tax, tags, insurance, or an actual car. We get your house and your children and your kidneys…” That is actually from a Dave Berry column a few years ago. But we praise the dealer, the business, the entrepreneur, who deals with us straight up, with no mind games or fine print. Right? Jesus speaks to us plainly in His Word. No fine print. No doublespeak. He says, “I have overcome the world!” This is our peace as we live our calling as Jesus’ disciples. There is no doublespeak, no mixed message. Just plain talk from the Savior who died and rose to make you His own.